Veterans Affairs secretary has his own Brian Williams problem 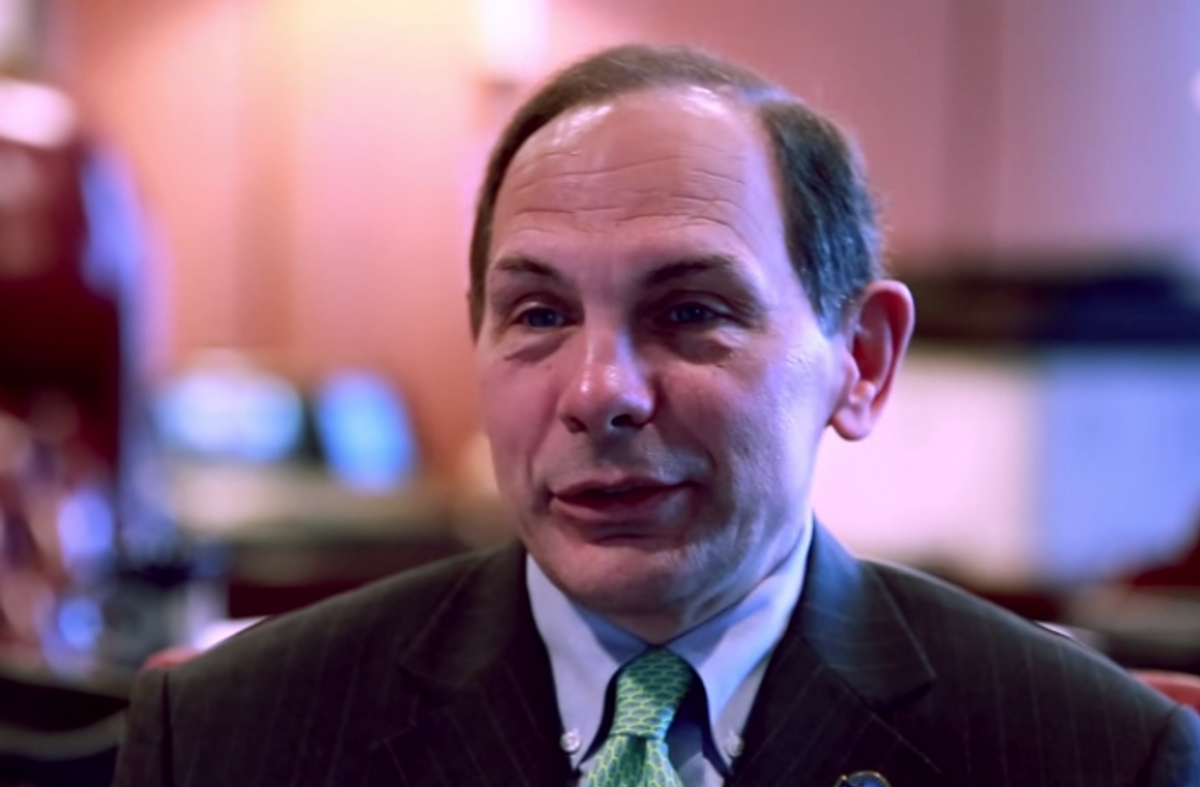 First came the damning revelations of Brian Williams' Iraq exaggerations, followed in quick succession by Mother Jones' expose of Bill O'Reilly's Falklands fabrications. Now, the Huffington Post reports that U.S. Department of Veterans Affairs secretary Robert McDonald has also embellished his combat zone experience, falsely claiming that he served in the elite U.S. special forces when in reality he spent the bulk of his military tenure in the 82nd Airborne Division:

McDonald, a retired corporate executive who took over the VA last June as the agency was sinking in scandal, made the claim in late January as he was touring a rundown Los Angeles neighborhood during a nationwide count of homeless veterans. He was accompanied by a CBS-TV news crew, which recorded an exchange between McDonald and a homeless man who told McDonald he had served in special forces.

“Special forces? What years? I was in special forces!” McDonald told the homeless man. That exchange was broadcast in a Jan. 30 CBS News story about the VA’s efforts to find and house homeless veterans.

In fact, McDonald never served in special forces. He graduated from the U.S. Military Academy at West Point in 1975, completed Army Ranger training and took courses in jungle, arctic and desert warfare. He qualified as a senior parachutist and airborne jumpmaster, and was assigned to the 82nd Airborne Division until he retired from military service in 1980. While he earned a Ranger tab designating him as a graduate of Ranger School, he never served in a Ranger battalion or any other special operations unit.

Confronted about his embellishment, McDonald acknowledged to the Huffington Post that he never served in the special forces said that he had "no excuse" for purporting otherwise.

"What I said was wrong," McDonald added.

While Williams attributed his falsehoods to an error in memory and O'Reilly vociferously denounced the Mother Jones report as a "political hit job," McDonald took a third tack in explaining his fib.

“I reacted spontaneously and I reacted wrongly, [with] no intent in any way to describe my record any different than it is," he said.

The Huffington Post's report marks yet another setback for the embattled Veterans Affairs department. Secretary Eric Shinseki resigned his post last year following widespread furor over reports of mismanagement and excessive waiting times for veterans in the VA's care. President Obama then appointed McDonald, a former CEO of Procter & Gamble, to succeed Shinseki, hailing McDonald as a "no-nonsense" manager who would turn the department around. The Senate unanimously confirmed McDonald's nomination last summer.

The administration is standing by its man in the wake of the new revelations, telling the Huffington Post, "We take him at his word and expect that this will not impact the important work he’s doing to promote the health and well-being of our nation’s veterans."