"It's hard out here for a pimp" 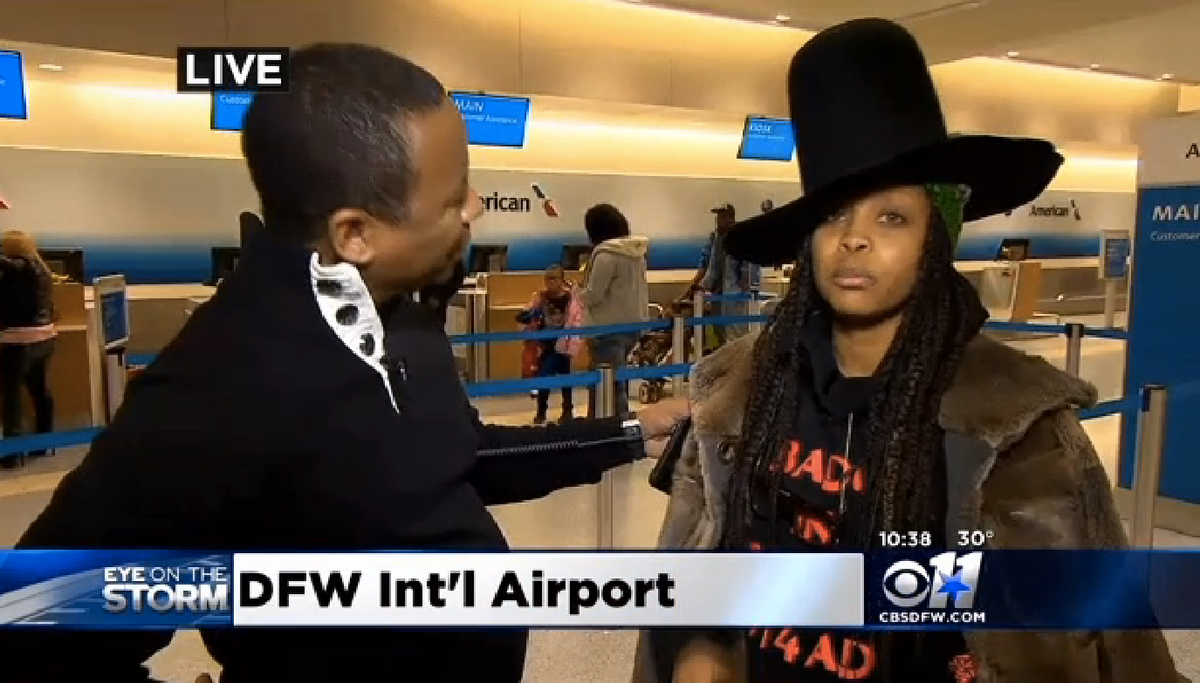 Few could attest to Erykah Badu being the reigning champion of local news videobombs. As a refresher: Last year, Badu jumped into the frame as a New York station PIX 11 anchor was reporting on Shia LaBeouf's arrest and tried to grab him for a big smooch. She was wearing a large grin and large white hat.

Badu just appeared, again, in a local news broadcast. This time, however, Badu appears with the permission of  CBS Dallas/Fort Worth reporter Steve Pickett, with a black hat and slightly dampened spirits because she is stranded at a Dallas airport trying to get to LA. In the words of Badu: "It's hard out here for a pimp."

By now, Badu has a strong enough demo reel to launch into a career in local news. We're crossing every finger and toe she pursues this.