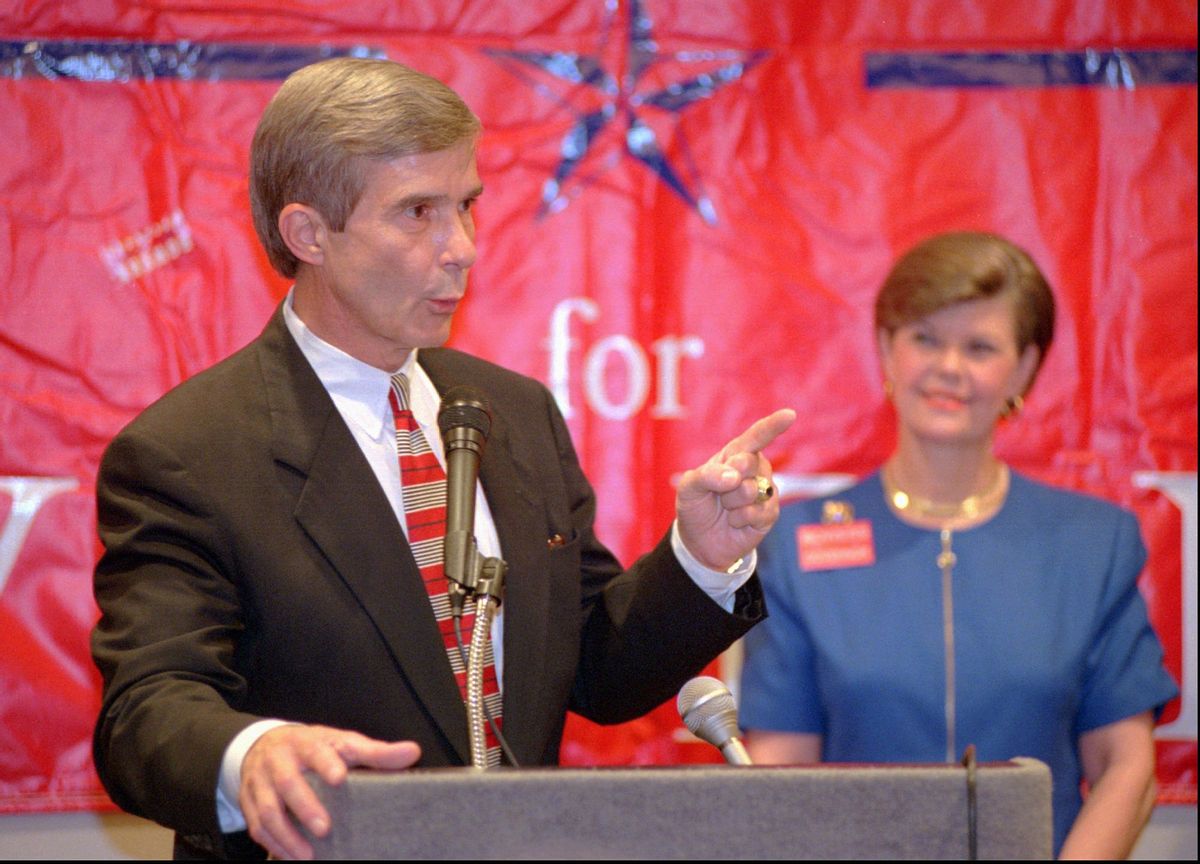 Out of Georgia, a possible positive sign for LGBT equality: On Tuesday, former state attorney general Mike Bowers, who twice defended Georgia's anti-gay sodomy ban in court, issued a fiery and lengthy memo in opposition to proposed "religious liberty" legislation that would effectively legalize discrimination on the basis of sexuality or gender identity. Bowers, a Republican who successfully fought in favor of Georgia's ability to criminalize consensual sex between people of the same gender before the Supreme Court (a decision that was later overturned), called the two nearly identical bills "deserving of a swift death."

The proposed laws, which are modeled on the federal Religious Freedom Restoration Act, have been criticized for offering legal protections for bigotry in the name of religious freedom, an assessment Bowers echoed:

The obvious unstated purpose of the proposed RFRA is to authorize discrimination against disfavored groups. By not limiting its application to core religious practices or religions receiving tax exempt status under IRS code 501(c)(3), the bill enacts an excuse to discriminate in the broadest and most arbitrary sense. [...]

This legislation is not about gay marriage, or contraception, or even so-called "religious freedom." It is more important than all of these, because it ultimately involves the rule of law. Regardless of whether one agrees with a particular policy, or if it offends one's religious sensibilities, the proposed RFRA is bad for all Georgians of good faith, or for that matter of any faith whatsoever. It is not just bad public policy; it is ill-conceived, unnecessary, mean-spirited, and deserving of a swift death in the General Assembly.

The GOPer's apparent change of heart coincides with the increasing acceptance of LGBT rights and marriage equality across the country -- but those changes are matched by a number of states introducing similar legislation to to "protect" religious freedom. Bowers' impassioned walking back of his past defense of anti-LGBT laws could, as Think Progress surmises, be a sign that the former AG is willing to side with the highest bidder no matter what. Or maybe -- just maybe -- it's indicative of the tide turning, in Georgia and elsewhere, for real.