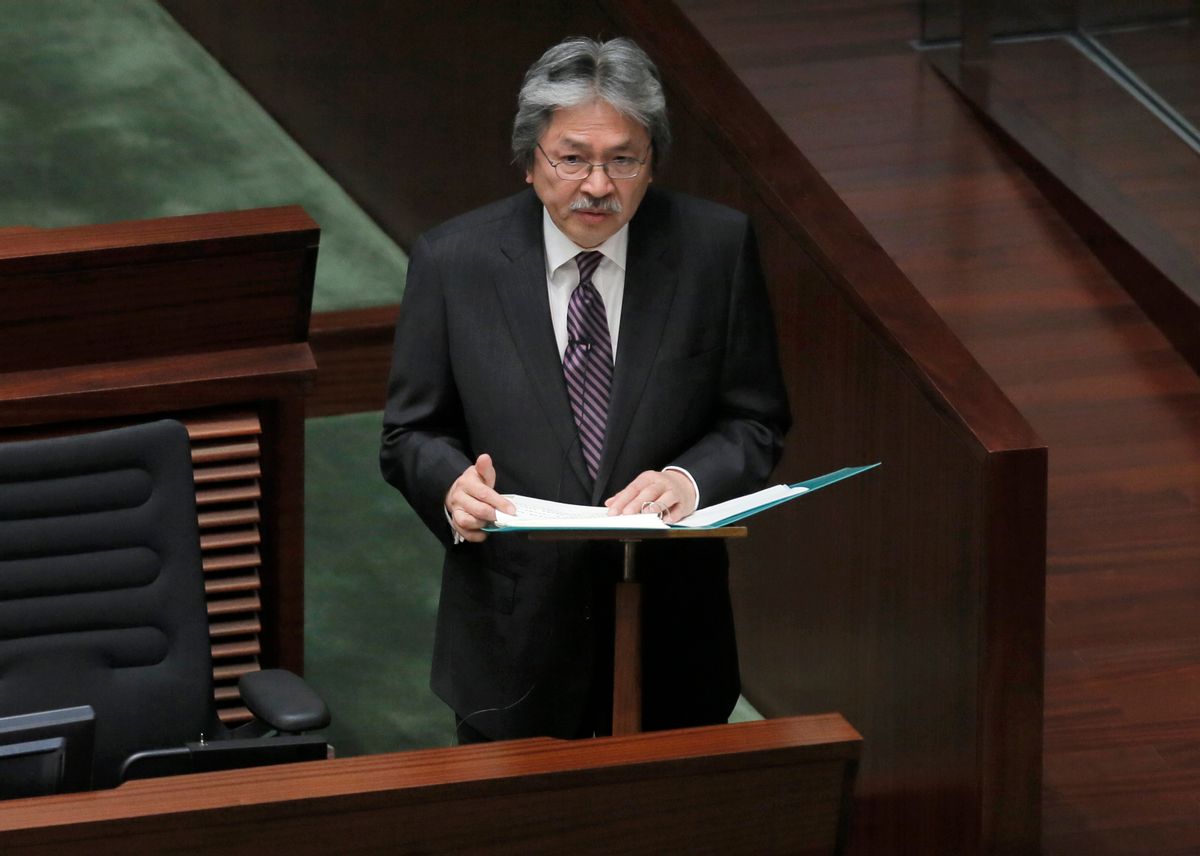 In his annual budget speech, Financial Secretary John Tsang said the government would waive for half a year license fees to help thousands of travel agencies, hotels and guesthouses and 26,000 restaurants and food stalls.

Vehicle exam fees for bus and taxi operators would also be waived once.

About a third of the amount budgeted would be set aside for events to promote Hong Kong globally.

Thousands of demonstrators in this southern Chinese financial hub occupied streets in three districts for 79 days last year to protest Beijing's curbs on the planned inaugural vote in 2017 for the city's top leader. The protesters clashed with police in violent scuffles, upset over the plan for a pro-Beijing committee to screen candidates, which they call fake democracy.

Tensions still simmer in Hong Kong more than two months after the last protest camp was cleared as the city's unpopular leader refused to offer any concessions to the activists.

"Prolonged political bickering is detrimental to public administration and the international image of Hong Kong as a stable, law-abiding and efficient city. It may even dampen investors' confidence in Hong Kong," Tsang said.

The protests divided Hong Kong and "also aroused concern about much more radical social conflict which in turn will make it harder to mend conflicted relationships among people," Tsang said in his speech, which was interrupted near the end by radical lawmaker Leung Kwok-hung, who started heckling him over Hong Kong's lack of a universal pension and was thrown out of the legislature chamber by security guards.