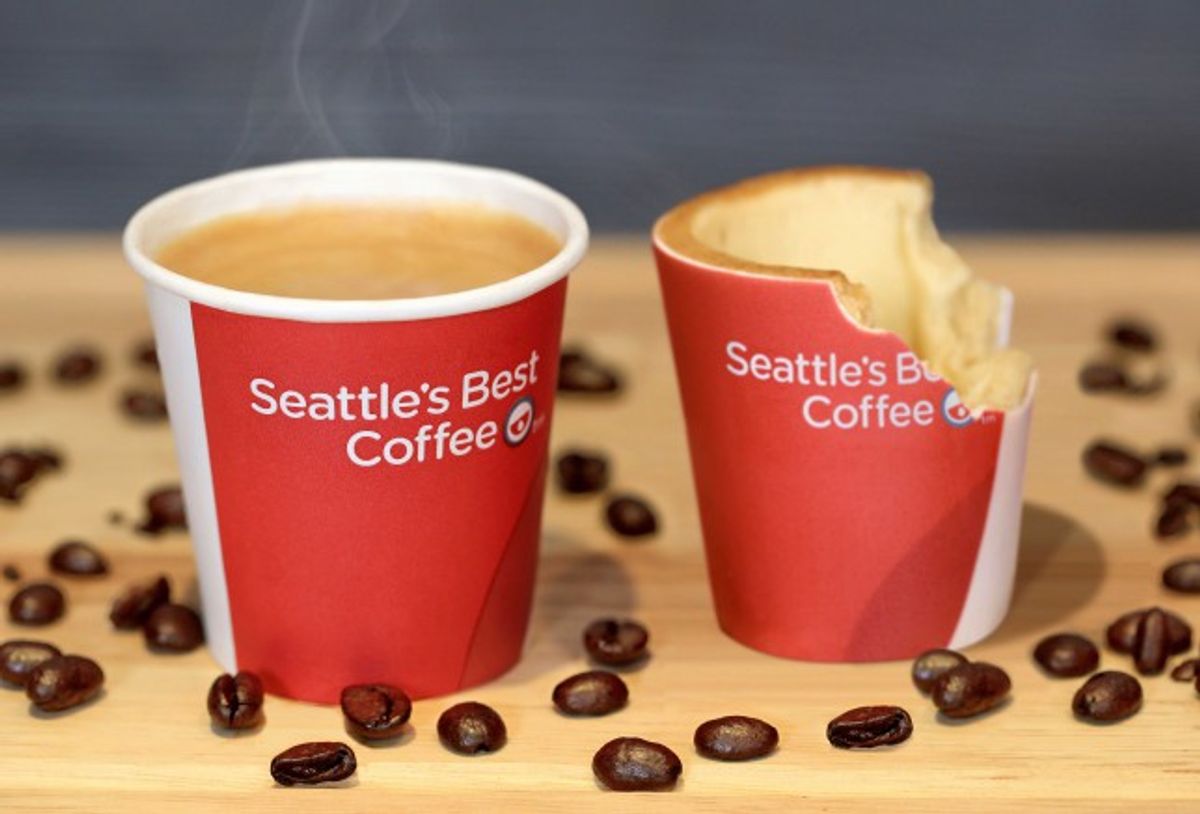 Just when we thought KFC had exhausted its creative juices/run out of ways to pervert the concept of food, the fast food chain's UK branch unveiled its latest creation: the edible coffee cup.

The "Scoff-ee Cup," released in celebration of the chain's 50th anniversary, works just like a regular coffee cup, except it's made out of cookie. Said cookie is wrapped in sugar paper, the Telegraph reports, and "lined with a layer of heat-resistant white chocolate to keep the coffee hot and the cup crispy" -- and, eventually, allows the cookie to melt in your mouth. For some reason, the cups are infused with aromas like "coconut sun cream" (okay), "freshly cut grass" (um..) and "wild flowers" (maybe?). They'll be available at a limited number of U.K. stores later this year.

It's a better idea, in this humble writer's opinion, than the Double Down, the Zinger Double Down King and, by all means, the Double Down Dog. (And perhaps an even better idea than their chicken, which my colleague Joanna Rothkopf describes as "70 percent grease, 5 percent chicken and 25 percent unknown.") Because hey, if you look at it from a certain angle, it's kind of a cool way to address the problem of waste created by single-use coffee cups -- reusable coffees being the more obvious, if less delicious, solution.

From another, more obvious angle, though, it continues in the chain's proud tradition of sort of disgusting, and far from healthy, offerings: