"No one’s watching him for the actual truth": Jon Stewart sounds off on O'Reilly scandal 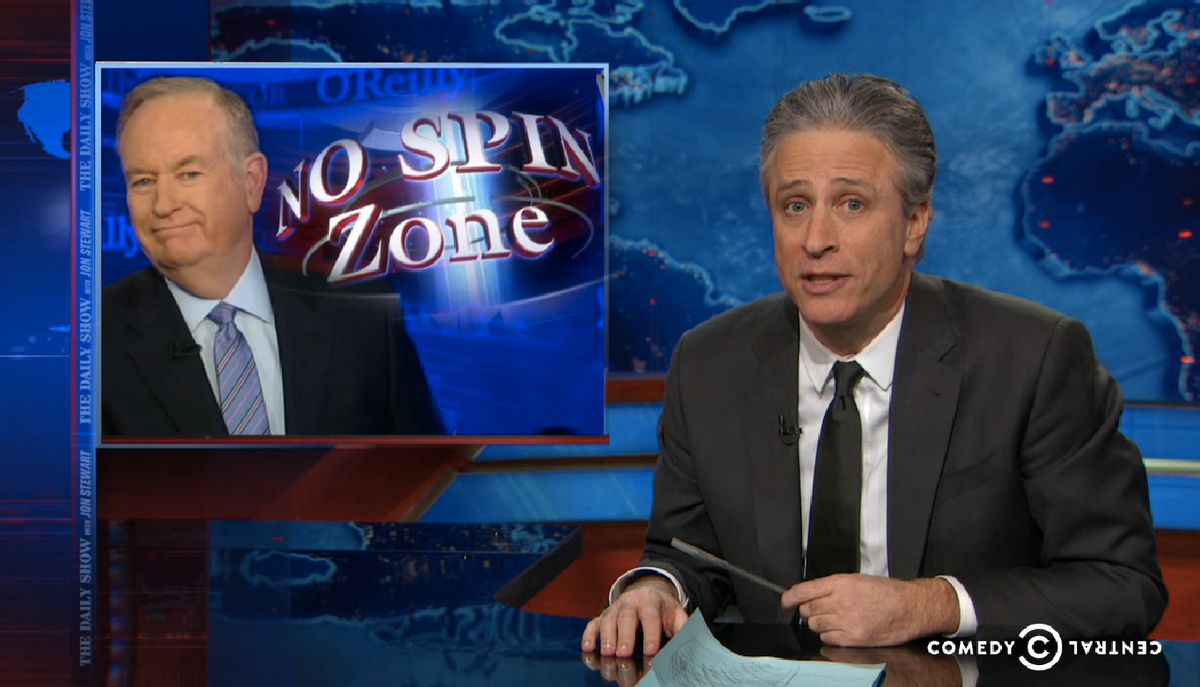 Jon Stewart entered the O'Reilly fracas on Tuesday night, and thoroughly mocked the Fox News host. "The Daily Show" host didn't tear into the allegations that he exaggerated his reporting during a Falklands War riots, but rather wondered how anyone watches Fox News for truth in the first place.

"You're basically putting in a tremendous amount of work to say 'The emperor has no clothes,'" Stewart joked. "When the emperor has spent like 20 years going 'Look at my dick! I'm naked!'"

As a whole, however, Stewart seems less interested in embellishments told by journalists in war zones; he's far more concerned with lying politicians that get us into war. Watch below: