Suddenly Robertson is a space "expert" 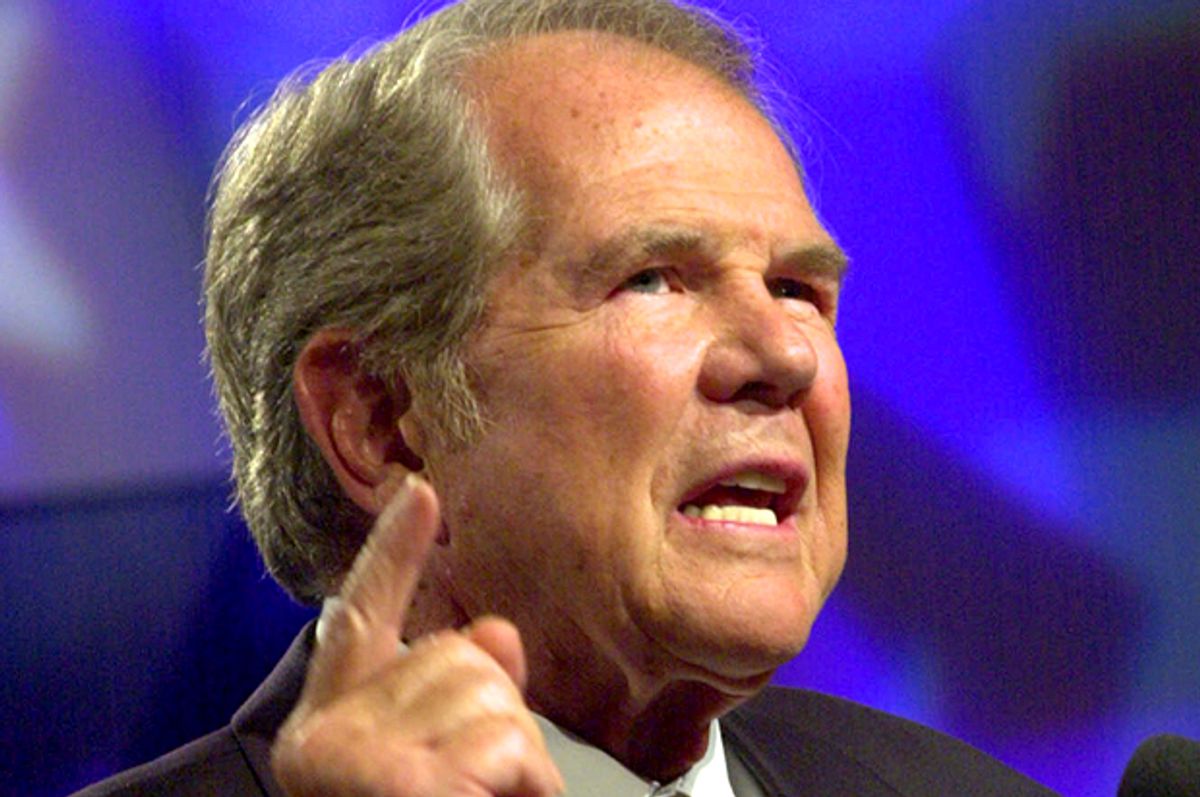 On Wednesday, Pat Robertson spent time on "The 700 Club" telling NASA not to waste money going to Mars or searching for life beyond Earth. Why? Well because in Robertson's non-expert opinion there's nothing out there in space besides "barren rocks" and "gaseous balls."

"This planet is where God has got an experiment in what he wants to have accomplished," Robertson stated. "But somehow, people want to spend a lot of money to go to Mars! I don’t want to think that Mars is someplace I want to visit, and it would take a lot of money to get there!"

One could roll their eyes at this rhetoric and dismiss it as Robertson's typical bombastic and close-minded blather. But his "NASA is too expensive" thoughts are shared by politicians who hold the purse strings.

This line of thought displays not only a lack of imagination, but also a lack of understanding of Earth's finite resources. This sort of limited scope of ideas also stifles innovation and scientific discovery. Space travel is responsible for so many incredible technologies that we use today, which NASA has helpfully enumerated here.

Scientists including Neil deGrasse Tyson, Bill Nye and Stephen Hawking have all made the case for space exploration as a necessity for mankind.

"Not to leave planet Earth would be like castaways on a desert island not trying to escape...Sending humans to other planets … will shape the future of the human race in ways we don't yet understand, and may determine whether we have any future at all."