GOP lawmaker: It's OK for children to die in the name of God

Rep. Christy Perry of Idaho says its a violation of parents' rights to obligate them to treat their sick children 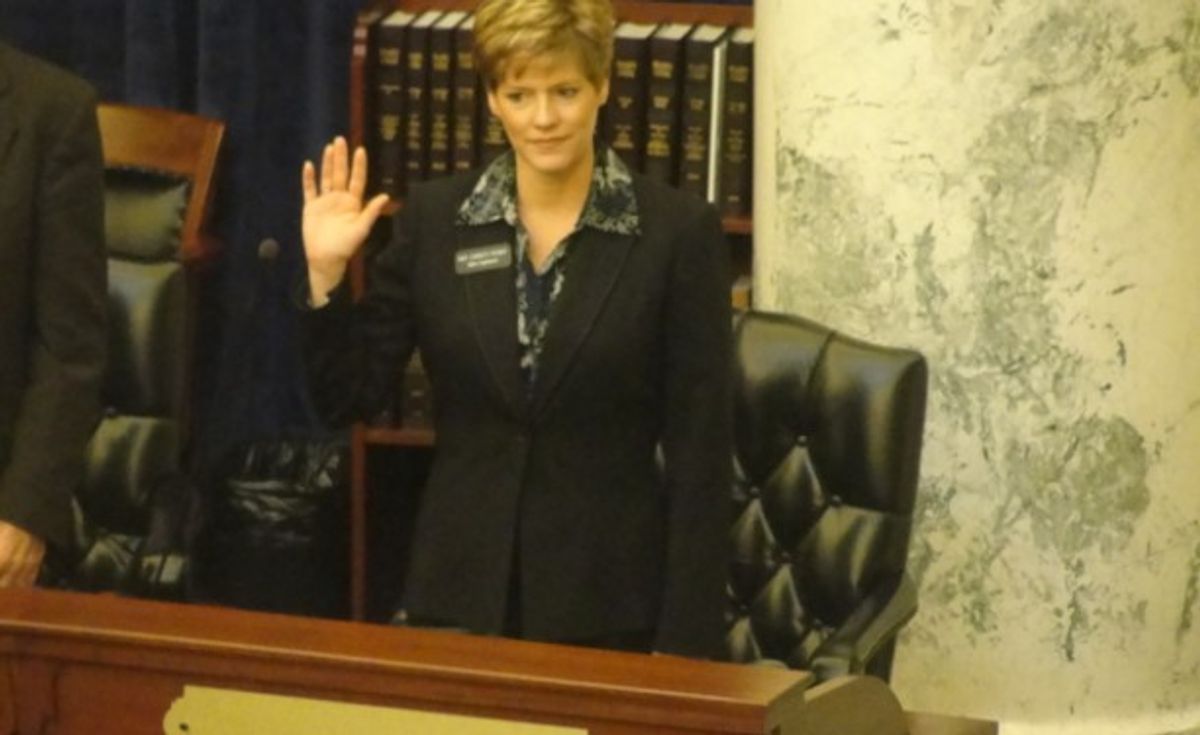 In a deeply religious section of Idaho, a Republican state representative says that the state has no right to protect children from their parents who refuse them needed medical treatment in favor of faith healing.

“Children do die,” says Rep. Christy Perry. And it’s fine with her if Idaho children die in the name of God. Perry’s district includes many followers of a religious cult, Followers of Christ, that eschews medicine. She says that the sect’s members are more comfortable confronting death when it happens to their children.

“I’m not trying to sound callous, but [people calling for reform] want to act as if death is an anomaly. But it’s not. It’s a way of life,” she says.

Perry says that a proposed ban on faith-healing would violate the religious rights of her constituents. The legislation, which would limit faith exemptions for medical care in the state’s child neglect law was proposed after a string of preventable child deaths in Perry’s district. The 12 who died were children of sect members. Most of the children died from causes like pneumonia, sepsis and easily treatable cases of food poisoning.

But Perry argues that it’s well within the Canyon County sect’s First Amendment right to refuse medical care for their children on religious grounds. She says those trying to reform the laws are denying the sect their religious freedoms.

“Is it really because these children are dying more so than other children, or is this really about an attack on a religion you don’t agree with?” Perry told Aljazeera.

On her website, Perry ironically proclaims that she's "a pro life mother and grandmother and emphasizes her honor and value of all human life, born and unborn." Perry also claims she's "an ardent supporter of defending each child’s right to life."

Over the past 20 years, only six states have had children die due to their parents refusing them medical treatment in deference to faith healing. Idaho has the dubious distinction of having laws on the books that allowed a dozen children to die from easily treatable medical conditions in the past several years. Currently, Idaho’s law contains a religious exemption that allows parents from religious groups to use prayer as a substitute treatment for illnesses.

Former members of the group and their families are saying that the number of children who have died is far greater than what is being reported, and a coroner Vicki DeGeus-Morris, says she stopped performing autopsies the children from the sect altogether.

“You can’t beat a child,” Linda Martin, a former sect member told Aljazeera. “To sit there and do absolutely nothing for a child except pray for them and watch them suffer? That’s just inhumane.”