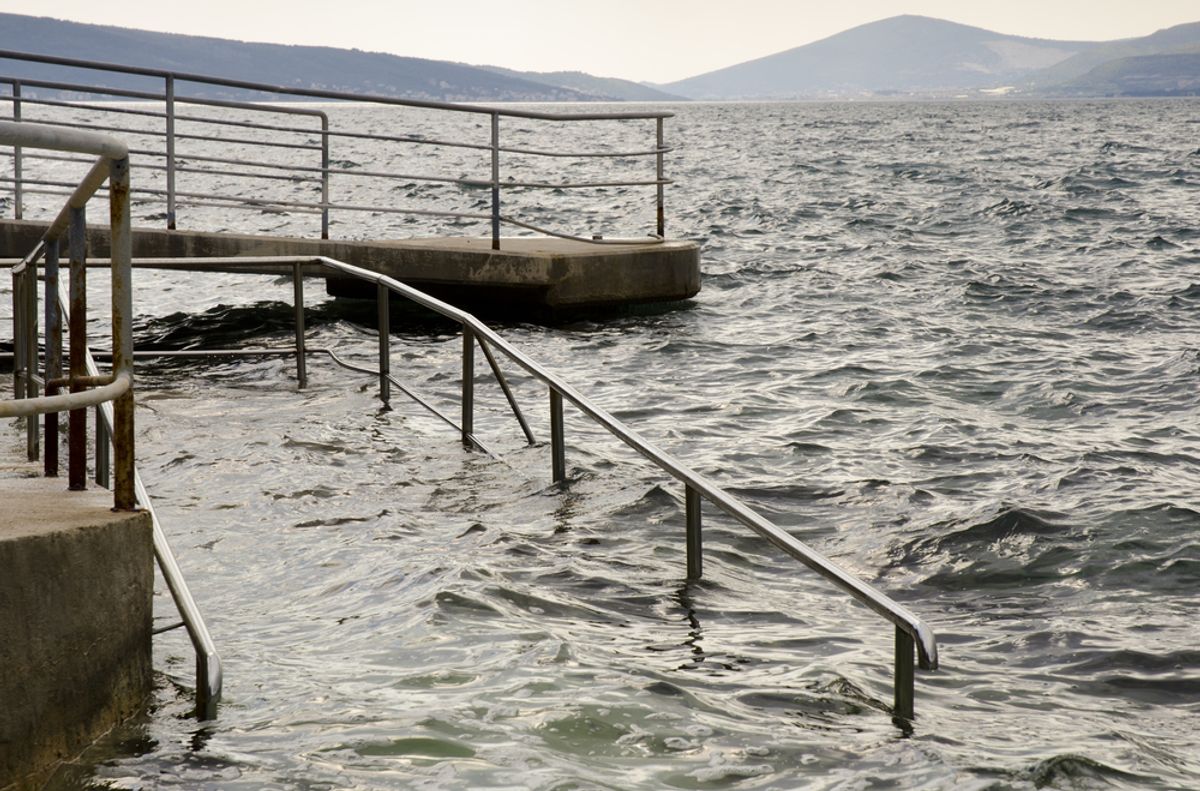 In just a two-year period between 2009 and 2010, say scientists at the University of Arizona and the National Oceanic and Atmospheric Administration, sea levels north of New York City temporarily spiked by 128 mm -- some 5 inches, or 40 percent of the total sea level rise in New York City since 1900. The phenomenon lead to a wave of high tides and floods that occurred in the absence of a major storm; the study, finally providing an explanation, points to a significantly slowed-down Gulf Stream combined with an atmospheric pressure pattern in the North Atlantic, with global warming playing a contributing role.

The researchers, who published their findings in the journal Nature Communications, call the surge "extreme" and "unprecedented" -- a "one-in-850 year event," based on past records.

But the same may not be true in the future, as Mashable's Andrew Freedman explains:

The new research...provides more evidence that, set against the backdrop of thelong-term increase in global sea levels from melting polar ice caps and warming oceans, there exist sharp and even damaging shorter-term variability in sea levels at the local and regional level, driven by mercurial ocean currents and weather cycles.

As global warming-related sea level rise continues, these smaller-scale sea level fluctuations are likely to be more frequent and damaging, climate scientists told Mashable. "When superimposed on long-term and gradual sea level rise, 2009-10 type extreme sea level events will pose an even higher coastal flooding risk," said Jianjun Yin, a coauthor of the study and climate researcher at the University of Arizona in Tucson, in an email interview withMashable.

In other words, places like New York, which is already girding itself against a faster-than-average rate of sea level rise -- and a projected 6 feet increase possible by the end of the century -- now have more to worry about.