We can't believe we have to explain this: Cancer is not a "fungus" 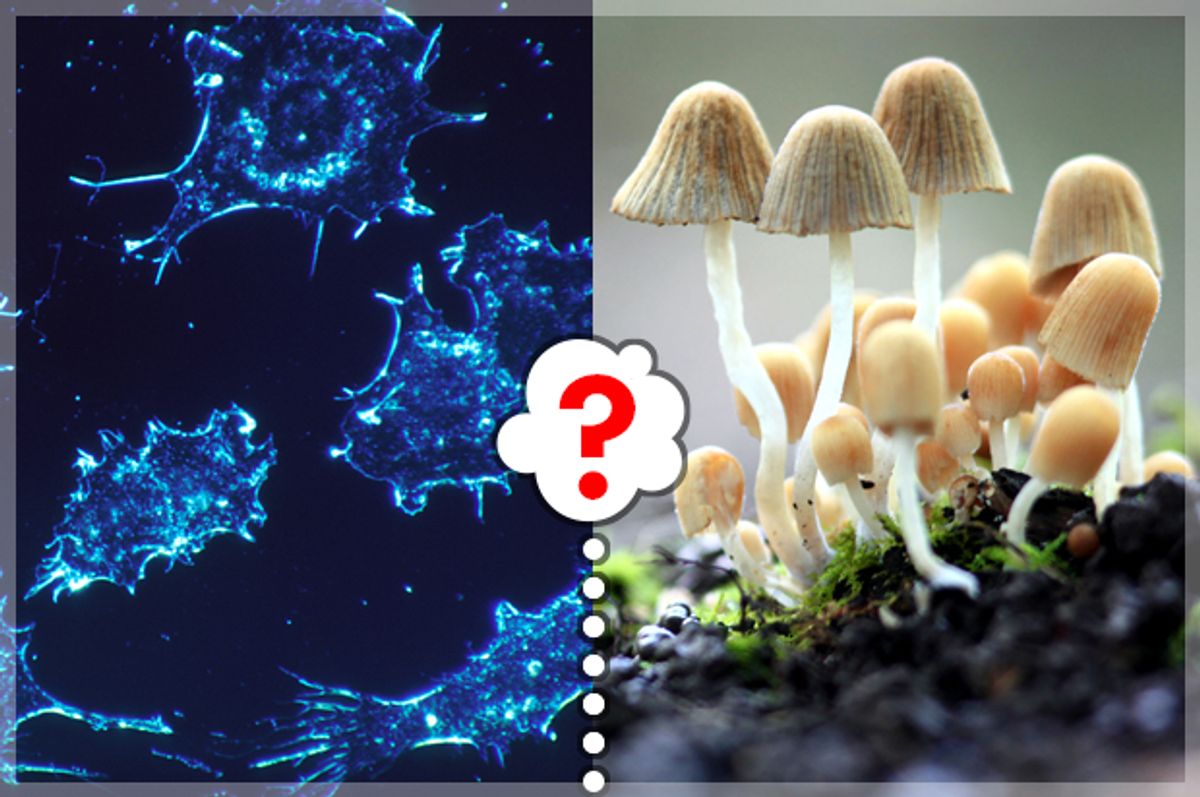 Nevada Assemblywoman Michele Fiore (R), believes that cancer is a fungus, which can be flushed out from the body by means of an "inexpensive, cost-effective" and non-FDA approved treatment.

Welcome back to "We can't believe we have to explain this," the explainer series in which we pose questions to experts with answers that are so obvious, they probably feel vaguely insulted that we're even asking them. Blame it on the politicians.

Fiore, who, we kid you not, is the CEO of a healthcare company, voiced her bizarre medical advice last Saturday on her weekly radio show. She was announcing her intention to introduce a bill that would give terminally ill patients access to treatments that haven't been approved by the FDA. These so-called "right to try" measures have already passed in five states and have been the subject of some contentious debate -- which usually at least starts from an at least slight more informed place than where Fiore's coming from.

Here's what she told listeners: “If you have cancer, which I believe is a fungus, and we can put a PICC line into your body and we’re flushing, let’s say, salt water, sodium cardonate [she probably meant sodium bicarbonate, also known as baking soda], through that line, and flushing out the fungus… These are some procedures that are not FDA-approved in America that are very inexpensive, cost-effective...”

Salon ran Fiore's claim by Ted Gansler, MBA, MD and MPH, and the director of medical content for the American Cancer Society. If he was in fact insulted, he did a great job of disguising it, and got back to us with this thoughtful statement:

There is no scientific evidence I know of to support the idea that “cancer is a fungus” or that cancer can be cured by sodium bicarbonate (which is not even an effective treatment for real fungal infections). Not only is there a lack of clinical evidence to support the claim that sodium bicarbonate causes cancers to shrink or helps patients with cancer to live longer, the idea that “cancer is a fungus” is incompatible with a large body of scientific knowledge (based on epidemiologic studies and laboratory experiments) about the causes of cancer and the molecular changes that distinguish cancer cells from normal ones.

Believing this myth not only implies an ignorance of biology and medical science, but even more troubling, rejection of information from the websites of organizations with real expertise in cancer, such as the American Cancer Society and Cancer Research UK.

Nobody is an expert in everything, so it’s important not to blame individuals who don’t understand cancer or other diseases, although it is certainly unfortunate when they make uninformed decisions that threaten their own health. But, I feel that the public should be very concerned when politicians and policymakers mistrust and ignore the advice of medical experts and then propose laws or regulations that endanger the health of their constituents. The idea of proposing a law that facilitates misinformation about cancer and selling ineffective treatments such as sodium bicarbonate to people dying of cancer is, in my opinion, very disturbing.

We jumped on the phone with Gansler for a few follow-up questions; his answers have been lightly edited for clarity:

Are there a lot of other myths like this -- things claimed to cure cancer that have no basis in science -- that are currently circulating?

There are, and I think if you were just to do a Google search on "alternative cancer cure," you'd find lots of them. Many of them are summarized on the American Cancer Society's website and on some other websites. The Sloan-Kettering Memorial Cancer Center has a very good section of its website on alternative and complementary therapies. I should mention that I think it's very important to distinguish what we refer to as alternative versus complementary or integrative. I don't know if you're familiar with that distinction...

No, would you mind explaining that?

Alternative, in the context of cancer treatment, usually refers to something that's intended to be used instead of -- or as an alternative to -- conventional cancer treatment and is generally promoted as either being curative or having a substantial impact on extending life and survival.

Complementary therapies are used for the purpose of improving quality of life, relieving symptoms of cancer and relieving side effects of cancer treatment. That might include something like meditation for anxiety related to cancer, or hypnosis as a treatment for pain associated with certain diagnostic or therapeutic procedures. Another example might be acupuncture for nausea from chemotherapy. For some of these, there's pretty good evidence that they're certainly worth a try.

Integrative refers to the combination of evidence-based conventional therapy and complementary therapies for which there's significant evidence of benefit.

So these can be treatments that aren't FDA-approved, or that we're not even sure are helping, but that aren't causing any harm, either?

Yeah. A lot of the complementary therapies are not things that require FDA approval as a new drug or medical device would -- things like massage therapy or music therapy or meditation or acupuncture.

But this sodium bicarbonate thing is a different beast entirely, right?

Yes. That's an alternative treatment, and it's promoted as being more effective than conventional cancer treatment. As I said, there's no evidence for its effectiveness and the theoretical rationale behind it is has no validity.

So this bill presumably concerns granting access to non-FDA-approved treatments to people who are terminally ill and don't really have any other options. Is there any merit to something like that?

There are two questions there. One is about expanded access to investigational drugs, which are not alternative. They may be in early-phase clinical trials, and the question is, should other patients outside of clinical trials have access to that? That's a good question, but it's not one that I'm an expert in.

The other is whether people should seek out alternative therapies when they're in a situation where conventional treatments are not particularly promising, and I would say that the answer to that is, no. If someone has a serious disease, they should get the best conventional treatment, and if they're at the end of their life they should have the best available palliative care to relieve their symptoms. If they're open to exploring new treatments, there are investigative treatments that are available in clinical trials that are certainly far more likely to be of benefit than an alternative treatment that's based on a theory of disease that's incompatible with mainstream science. I think that's pretty clear.