"Remember that whole pride thing we were talking about?" 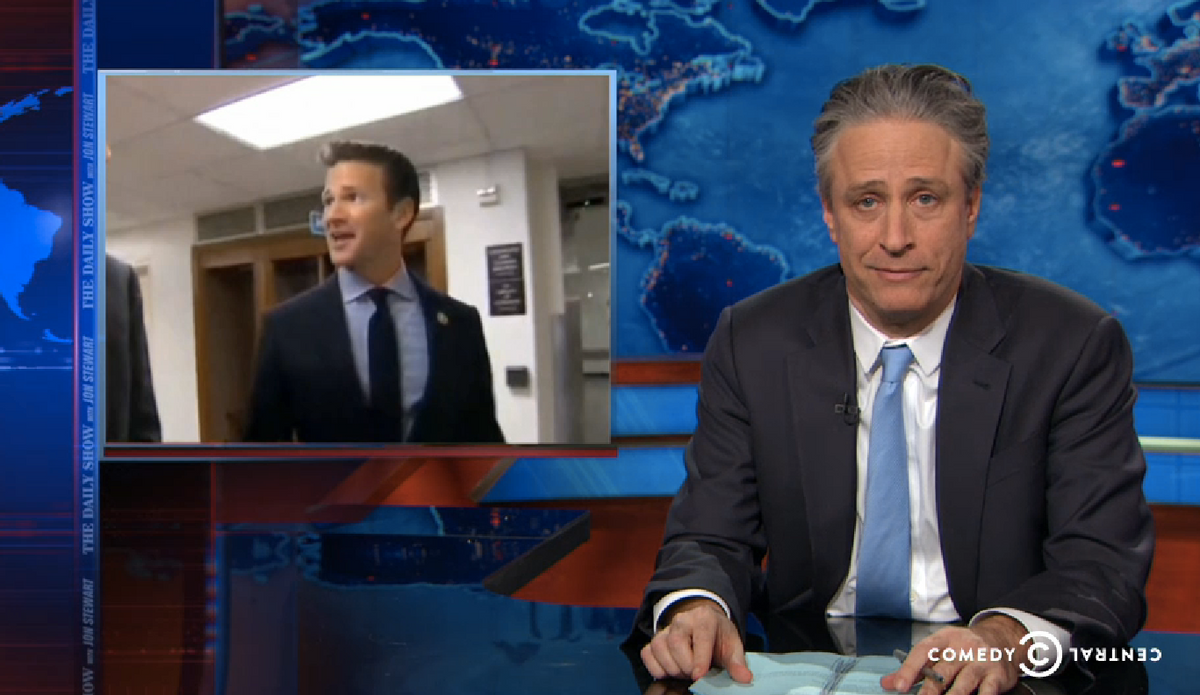 Jon Stewart took a look at the spending of Rep. Aaron Schock, on last night's "The Daily Show." Schock's spending has come under scrutiny, after it was revealed that he redid his congressional office to look like "Downton Abbey."

The congressman from Illinois has a habit of taking selfies wherever he travels, and some of those trips -- including a trip to London -- are being examined to see if they were paid for in the proper way according to congressional rules. Stewart of course demanded to see these Instagram pictures and displayed them in a montage set to Taylor Swift. Watch below: