Fox News pundits said Jon Stewart was dishonest. So he made this Vine to throw the argument back in their faces 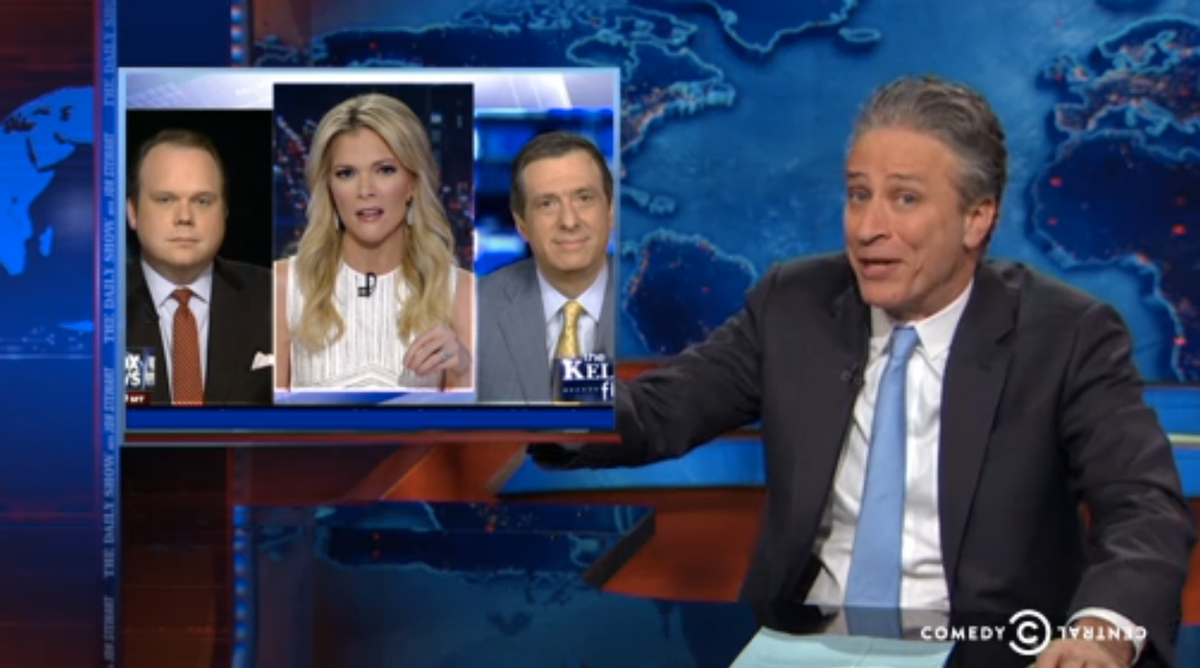 Jon Stewart's days on "The Daily Show" are numbered, which means he's making every last day count and doubling down on Fox News.

On Wednesday's "Daily Show" Stewart slammed the Fox News team for their hypocrisy surrounding claims that he was "dishonest" and "had no foothold in the facts."

The host, who conveniently has been stockpiling all of Fox News' dumbest lies since 1999, challenged the network to a "lie-off" to throw the argument back in their faces. Stewart ran a 6-second Vine containing 50 instances spanning his career in which the news channel fed the people blatant lies.

Here are a few of those lies included:

You can find the other 40 in the Vine below: (Tap the screen to pause for lies.)