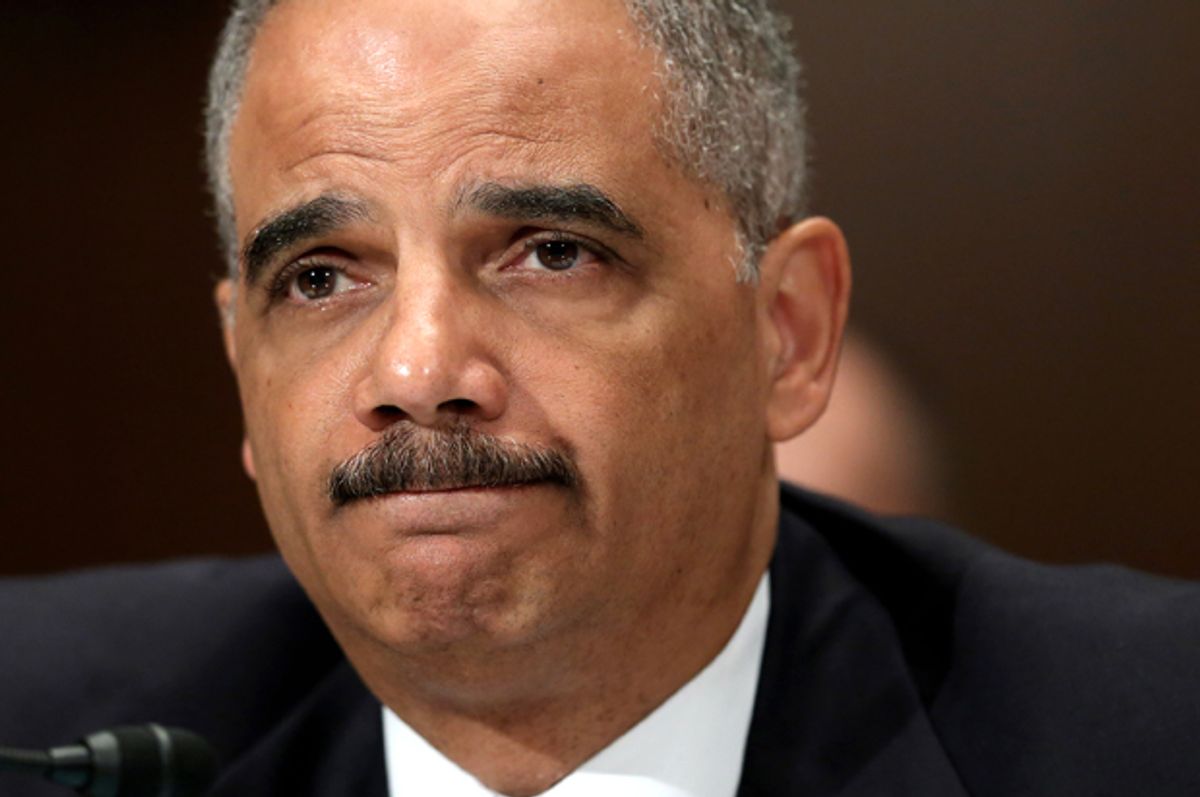 Three days after the Justice Department confirmed that it would not bring civil rights charges against George Zimmerman in the shooting death of Trayvon Martin, and with the department expected in the coming days to announce no charges in the killing of Ferguson, Missouri teen Michael Brown, departing Attorney General Eric Holder suggested in a new interview that it's time to consider a new "standard of proof" for handing down civil rights charges.

Speaking with Politico's Mike Allen, Holder touted his department's record number of civil rights cases against police departments, but he hinted at dissatisfaction with the hurdles Justice must clear before intervening.

"I think some serious consideration needs to be given to the standard of proof that has to be met before federal involvement is appropriate, and that’s something that I am going to be talking about before — before I leave office," Holder told Allen.

Asked to elaborate, Holder replied, "Well, I think that if we adjust those standards, we can make the federal government a better backstop, make us more a part of the process in an appropriate way to reassure the American people that decisions are made by people who are really disinterested, and I think that if we make those adjustments, we will have that capacity."

Holder indicated that he'd unveil proposals for specific reforms before he leaves office.

Long one of the Obama administration's most forceful advocates on racial issues, Holder announced late last year that he would leave his post upon the confirmation of his successor. The Senate Judiciary Committee voted 12 to 8 on Thursday to approve U.S. Attorney Loretta Lynch's nomination to succeed Holder. A full Senate vote is likely within the next week or two.