I hated my yearning, staring across the quad at her lit window. Now I mourn how social media removes our mystery 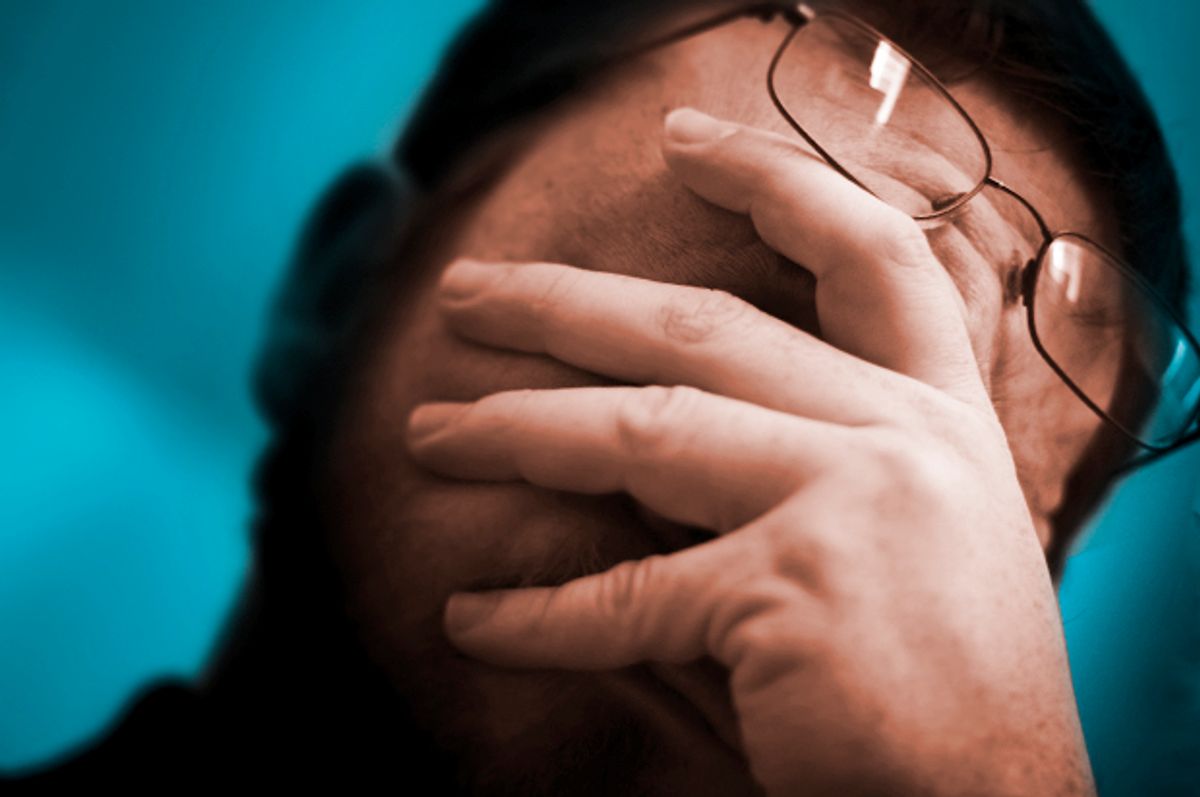 In my last weeks of college I walked around in a swoon of despair related, mostly, to the recent breakup with my girlfriend. We had been together over a year. My interest in her had been fading for a while. Then she decided she wanted to break up with me. Suddenly, she became the nectar that gave meaning to life. For about four months our relationship persisted in this new, inverted dynamic. Our physical connection had always been strong but once I heard this death rattle it became an obsession. If I wasn’t touching her ass or looking into her face, ideally both at the same time, though either would do on its own, then life had no meaning.

Then she ended it. She was gone from my life, while still being nearby. In theory this should have made me anxious to leave college, since my lust and longing were so wound up in that particular landscape. The sooner I left from this place the better. But that's not what happened.

At the time, I was submerged in the poetry of T.S. Eliot. I took his line, "April is the cruelest month," to heart. At night, if I saw her light was on, I would position myself at some distance from her dorm room and stare across the quad at her window. I am not sure what I was hoping for. A glimpse of her? Or a glimpse of an unfamiliar silhouette—a man who was enjoying the peach that was no longer mine?

I must pause here to explain that I am writing this in English with the expectation that it will be translated into Italian, and I am a kind of clueless Italophile. I do not speak the language, yet I love Italy and Italian culture. I probably have no idea of its essence, since my education has been from movies, books and staggering around the country in a besotted state. For some reason I feel that it is OK for me to describe my long ago girlfriend’s ass as a peach if it is going to be translated into Italian, whereas in English I would probably not use this imagery. To further complicate matters, this lovely girl with the incredible ass had a mother who had been born and raised in Italy; fate had brought her to the East Coast suburbs. The girl had a wonderful figure but did not have anything on her chest. Her Italian mother, however, had an enormous bosom. You can see how an enthusiasm for, say, Fellini would magnify and distort such an experience, even though the experience took place before I had ever seen a movie by Fellini.

While visiting my girlfriend at her house on summer weekends, I would have long conversations with her mother. The mother never said very much. She would sit in a tight black turtleneck sweater, her hair nicely done, her lipstick red, and smoke in the suburban living room while I tried to convince her to let her daughter visit me alone in New York City and spend the night. This was out of the question, but we derived some ritualistic pleasure from these sessions of my pleading and cajoling at the foot of the throne. My girlfriend, who always busied herself elsewhere in the house during these discussions, had a difficult relationship with her mother. I felt I was standing up for her. Meanwhile, I was put in her brother’s room during my visits. An entirely appropriate arrangement, I now feel, though at the time I resented it. My girlfriend and I made do by putting down the backseat of her family’s minivan, borrowed for a night at the movies, and defiling the tiny carpeted space in the back.

When I was a masochistic college student looking at her lit window across a quad I felt very sorry for myself, but now I feel grateful -- and in particular that there was no Facebook at the time. Surely this impulse to stare at her window would have found its way there, to the benefit of neither me nor my ex-girlfriend, though others may have been entertained.

Facebook is a world where the lights are always on. My feelings, at the time, were best expressed in darkness.

These nighttime stakeouts of her window were a bad use of my time. It was childish. By this I mean that when you are a child and have hurt your wrist, or your finger, you immediately start to bang on it or twist it around, over and over, as though feeling the pain of the injury allows you to understand the pain, to locate it. As though once understood and located, it can be expunged. This is a wonderfully human reflex, but it's totally counterproductive. At some point you grow old enough to understand that if you have sprained your wrist, or hurt your finger, what you must do is leave it alone. You must immobilize it, put it in a splint. You must let it heal. (And when it's better you have to go back to using it, lest it atrophy!)

And yet even now, when I hurt my finger or wrist, my first instinct is to move it around and waggle it so it hurts. I want to locate the pain so I can understand it. This is folly, I now know, and so I restrain myself. Yet the impulse is there, and it applies to emotional wounds as well as physical ones.

What Facebook does is allow for us all to take the part of us that is in a state of discomfort or pain and waggle it around, bang it on the table, so as to feel the pain, to feel as though we are locating it. Facebook does so many things that are natural to human beings. I have no interest in damning it across the board or proclaiming its demise as a business; it is an expression of the most natural impulses -- our curiosity to know what other people's lives are like. The wish to write stories and plays is a wish to testify to one’s experience, and Facebook lets people who are not writers partake in this gratification. Why should Facebook be a problem if it simply enables this impulse in real time?

The problem is that there are a lot of things that are better done in the dark. Dreaming, for example. Or grieving. Facebook is all lit up – the electricity of the computer screen makes it glow like a billboard in the night – and the thoughts and images and quips that we put there are themselves lit up, literally billboards advertising our existence. Sometimes we wish to operate in darkness. Surely this is part of the reason there has been an increasing migration to social media, such as Snapchat and Whisper, that allows you a degree of anonymity.  Their popularity has an element of Freud’s “return of the repressed,” and they must deal with a deluge of primitive wishes and expressions. This has always been both the gift and plague of the Internet where, as the New Yorker's most popular cartoon puts it succinctly, "No one knows you're a dog."

But the pleasure, the attraction of these anonymizing sites, especially for younger people, I think, is that they take place in the dark. Not pitch blackness, since no one can really believe entirely in the promise these apps make that they will make everything vanish forever. But the darkness of anonymity, nonetheless.

There was another T.S. Eliot line on my mind in those last weeks of college that has stayed with me. It seemed like a cruel joke at the time:

“Time for you and time for me/ And time yet for a hundred indecisions/ And for a hundred visions and revisions.” We had been through our indecisions, I thought, and the result was that the girl in the window, in that lit room I had once occupied, was in on her own time, and I in mine.

As we all know, it’s tiring to prepare a face to meet the faces that you meet. It’s tiring on a daily basis, really, but this preparation is also the project of a lifetime. We are always accumulating thoughts, feelings and experiences in the service of becoming who we are. These preparations are best done in private, I feel. And sometimes, you just want to have to prepare nothing at all. You want to wear your face without apology, preparation or thought. There is a tiny hint of apology in our Facebook posts, I feel, because they will be read under the bright light of the venue in which they appear and will always live. The posts are personal but they are not directed at an individual person; they lack the true intimacy of a letter, usually. They are more like a postcard, with the slight aura of passive-aggressiveness contained in the most famous postcard phrase: "Wish you were here."  Isn't there some tiny lie embedded in that phrase? Sometimes truth needs the privacy of darkness.

Thomas Beller is the author of several books of fiction and essays and a founder Open City Magazine and Mr. Beller's Neighborhood.