"Urgent" research is needed to understand the phenomenon, scientists say, which could worsen with global warming 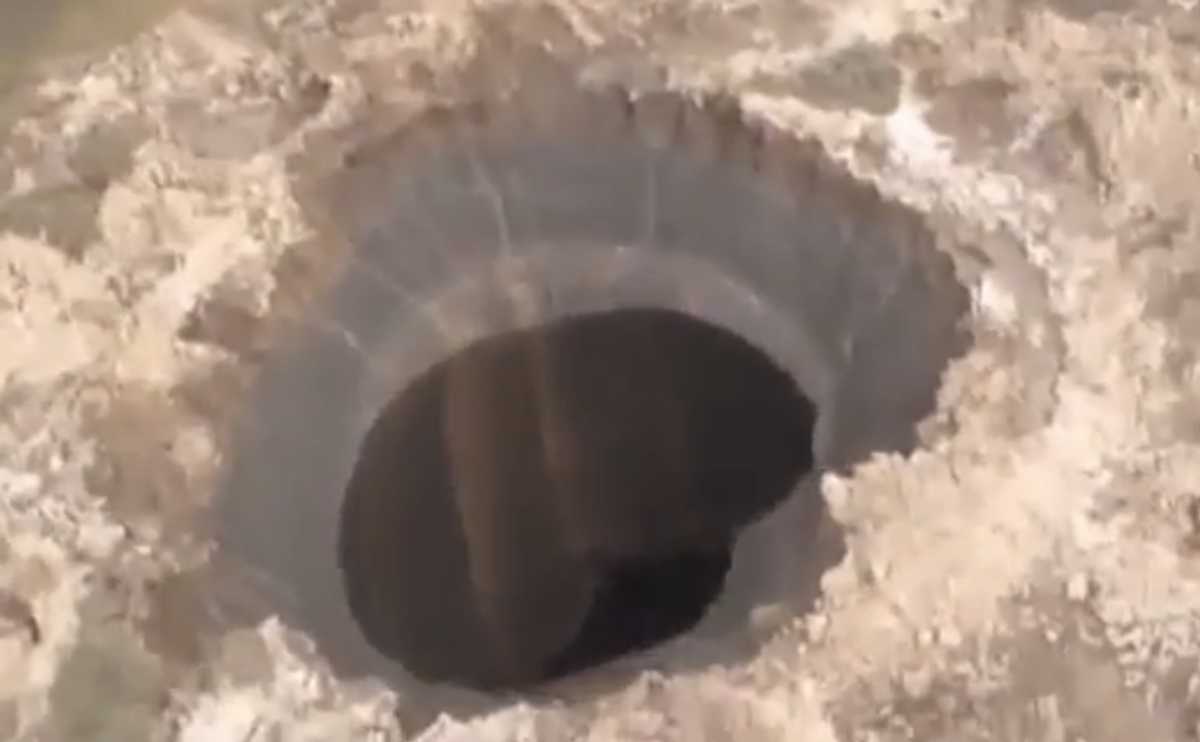 Back in the days when the world's attention wasn't entirely transfixed by the color of a dress, there was another mystery afoot, of a grander and, some would say, more frightening scale. It was July of 2014, and a 250-foot crater had appeared, seemingly out of nowhere, in Siberia’s Yamal peninsula.

Scientists were immediately dispatched to investigate, and soon arrived at a likely explanation: the hole, they reported, is most likely a natural (read: not-so-mysterious) geological phenomenon. "There is no weird or unexplained feelings there," scientist Andrei Plekhanov assured the Siberian Times. "We came back safe and sound.”

But that doesn't mean all is well, because this phenomenon, many were quick to note, is associated with the melting permafrost. And that's something that's been happening more often in northern Russia with global warming (temperatures in the region for 2012 and 2015 were 5 degrees warmer than average). Sure enough, just a few days later, a second and third hole were discovered nearby the first. And now, researchers are reporting that the craters are more widespread than they originally thought -- findings that have them seriously freaked out.

We've now identified seven craters, Moscow scientist Vasily Bogoyavlensky told the Siberian Times this week, five of which are located on the Yamal peninsula and one which is surrounded by as many as 20 mini-craters. Two have since become lakes. Each is believed to be formed by underground explosions, themselves a result of global warming, as Anna Kurchatova, from the Sub-Arctic Scientific Research Centre, explained last year:

Gas accumulated in ice mixed with sand beneath the surface, and that this was mixed with salt - some 10,000 years ago this area was a sea.

Global warming, causing an 'alarming' melt in the under soil ice, released gas causing an effect like the popping of a Champagne bottle cork, she suggests.

That sudden release of methane gas is one of the things that has Bogoyavlensky so on edge. "These objects need to be studied, but it is rather dangerous for the researchers," he explained. "We know that there can occur a series of gas emissions over an extended period of time, but we do not know exactly when they might happen." In some cases, they ignite, highlighting how the explosions, in his words, "could be rather dangerous and destructive."

"'It is important not to scare people," Bogoyavlensky added. Nonetheless, he said, "We must research this phenomenon urgently, to prevent possible disasters."