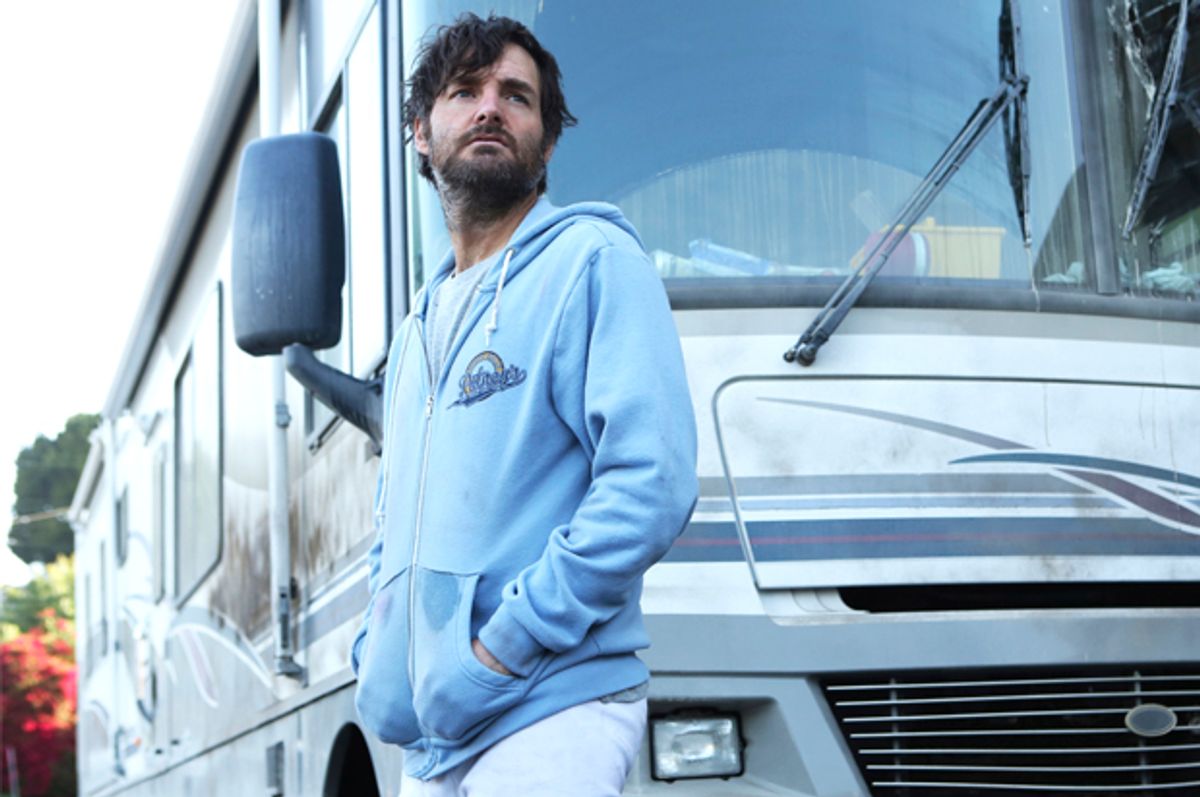 Will Forte in "The Last Man on Earth" (Fox/Jaimie Trueblood)
--

Spoilers for the first two episodes of "Last Man on Earth" below.

Few comedians can commit quite like Will Forte. On "Saturday Night Live," he consistently brought nuance and humanity to the most cartoonish of premises; later, he proved that he could keep his manic sketch-comedy energy alive through a full-length feature (in the wildly underrated "MacGruber"). And he seems to have hit his sweet spot once again with “The Last Man on Earth,” an ambitiously high-concept sitcom from Forte and “Lego Movie” duo Phil Lord and Christopher Miller. Forte plays Phil Miller, the sole survivor — or so it seems! — of an apocalypse that has wiped out the rest of civilization. Phil is a good-natured everyman, a former temp from Tucson with a a scraggly cult-leader beard who just wants a woman with whom to share the depopulated vastness.

This is a comedy, so there are no virus-afflicted zombies, no burned-out wasteland strewn with corpses. Rather, the first episode reads like a high-budget “SNL” digital short, exploring the comic potential of what a laid-back bachelor might do if left to his own devices on an empty planet; namely, steal a bunch of priceless artifacts (Dorothy’s ruby slippers for the front hall, Van Goghs for the living room), fill a kiddie pool with margarita mix, go bowling with a bunch of fish tanks, and never wear pants. Like “Groundhog Day,” the show has a lot of fun with the idea of how human behavior changes when normal consequences don't apply, and Forte is reminiscent of Bill Murray in his ability to dance gracefully between silliness, deadpan and despair.

As you’d expect, the tone here also veers into darker territory than the average sitcom. Like most “last person alive” films, the show is fundamentally a meditation on loneliness and an exploration of how people cope when severed from the comforting codes and strictures of society (making friends with balls, à la Tom Hanks in "Cast Away," turns out to be a safe bet). Amid the slapstick, “The Last Man on Earth” shows inklings of being a fairly profound reflection on human nature, and Forte, with his soulful eyes and zany spirit, is a great person with whom to roam the ruins of civilization.

This sort of existential dilemma about how humans adapt in the absence of community comes into focus increasingly in the second episode when, as it turns out, Forte isn’t the last person alive — there’s an Eve to his post-apocalyptic Adam, in the form of "Flight of the Conchords" and "Daily Show" alum Kristen Schaal. At this point, the show takes a turn into “Odd Couple” territory, as the pair grapples with personality clashes (his sloppiness drives her crazy, she constantly corrects his grammar), and the show becomes a literal enactment of the old adage “I wouldn’t sleep with you if you were the last [man/woman] on earth.” Whereas Forte’s response to the end of society is to throw convention to the wind, Schaal is determined to retain some semblance of order amidst the chaos. At this point, the characters slide a bit too far into traditional gender stereotypes — she’s a bit of a nag, always ruining his fun — yet thankfully Schaal has the comic chops and oddball energy to elevate the character beyond cliché.

Frankly, I have no idea where this is going or whether it’ll be able to sustain its elevated premise, but a twist at the end of episode three and the IMDb billing of some other humans (hello, Betty Draper!) suggests the pair aren’t going to be riding solo for long. The whole endeavor could easily burn itself out, but judging by the first three episodes — which never felt stale and constantly kept me guessing — Fox might just have a winner on its hands.