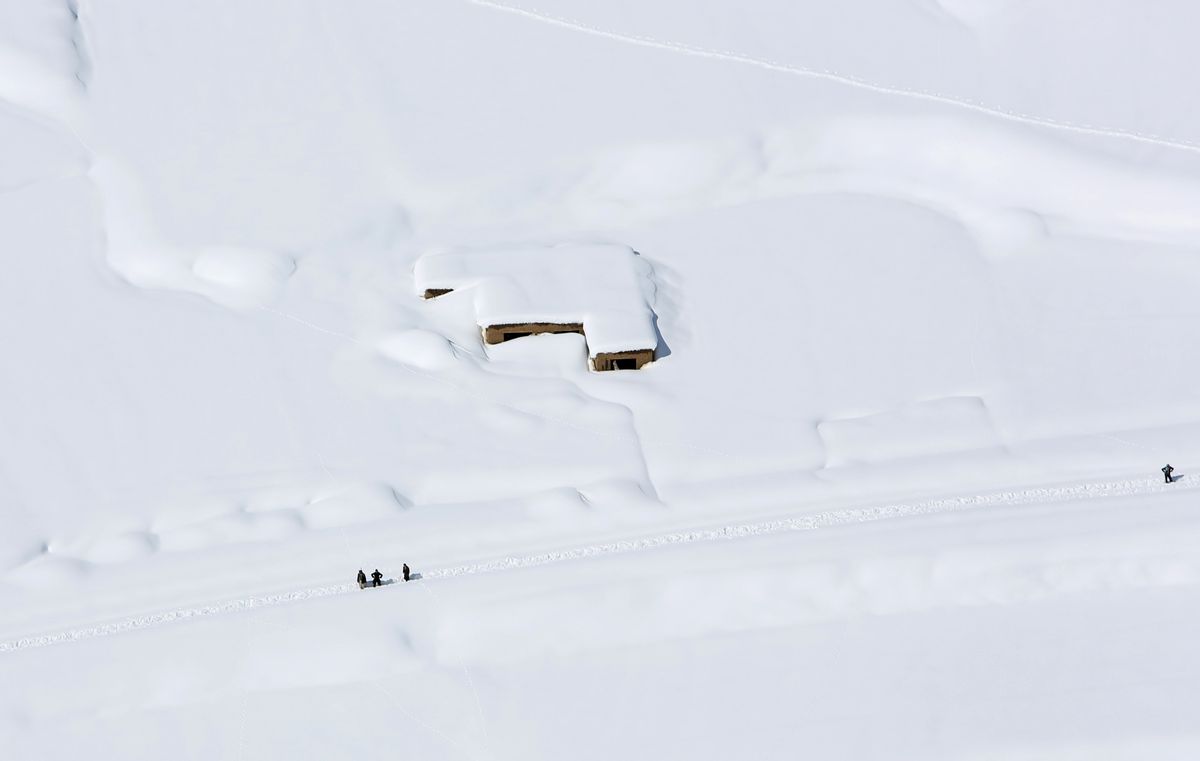 FILE - In this Friday, Feb. 27, 2015 file photo, a house is covered with snow from an avalanche in the Paryan district of Panjshir province, north of Kabul, Afghanistan. The death toll from severe weather that caused avalanches and flooding across much of Afghanistan has jumped to more than 200 people, and the number is expected to climb with cold weather and difficult conditions hampering rescue efforts, relief workers and U.N. officials said Friday. (AP Photo/Rahmat Gul, File) (AP)
--

Across the Middle East this week, the extremist Islamic State group that holds a third of both Iraq and Syria destroyed ancient artifacts and kidnapped more than 200 Christians.

The militants used sledgehammers and drills to smash ancient Mesopotamian statues and other artifacts in the Iraqi city of Mosul, including a winged-bull that dated to the 7th century B.C. The destruction, documented in a video posted online, is part of a wider campaign by the extremists to eliminate anything that they view as heretical.

The extremists also kidnapped the more than 200 people, almost all of them Assyrian Christians. Their capture sparked protests in Beirut.

An Associated Press journalist also traveled to a Kurdish gun shop in Irbil this past week to discuss how sales have jumped amid the extremists' advance.

Meanwhile, a massive avalanche brought on by a winter storm killed at least 198 people in Afghanistan near the country's capital, Kabul, burying homes as rescuers tried to reach those affected.

In Egypt, rescuers slid a woman over a gap between buildings when her apartment complex caught fire in Cairo, while the country's courts held more trials for members of the outlawed Muslim Brotherhood group.

In sports, Doha hosted the Qatar Open tennis tournament. And amid the ruins of last summer's war in the Gaza Strip, British artist Banksy left behind graffiti, including one of a playful kitten.