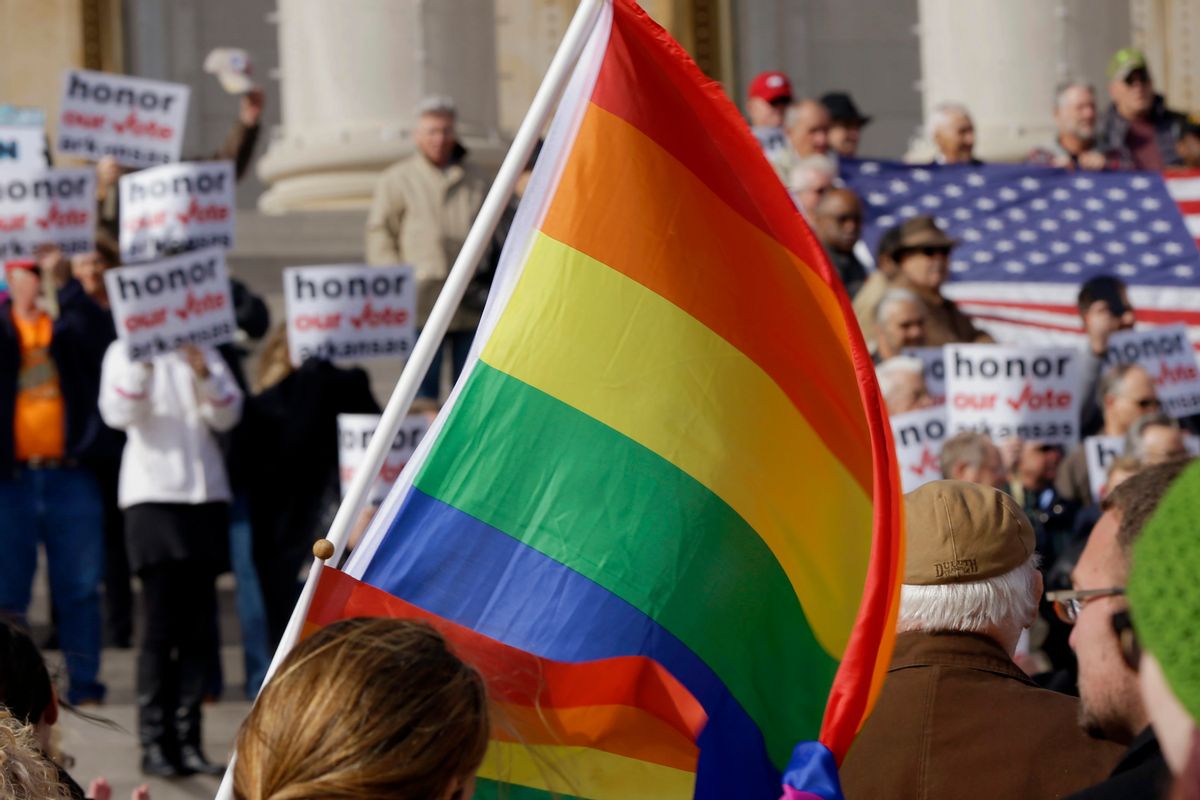 A federal judge struck down Nebraska's same-sex marriage ban on Monday, in a ruling that could have marriage equality in full force statewide within a week. U.S. District Judge Joseph Batallion, who previously found the state's ban on same-sex marriage unconstitutional in 2005, order county clerks to begin issuing marriages on March 9.

"[A]ll relevant state officials are ordered to treat same-sex couples the same as different sex couples in the context of processing a marriage license or determining the rights, protections, obligations or benefits of marriage," Batallion stated in the order. "It is time to bring this unequal provision to an end."

Nebraska attorney general Doug Peterson's office has already filed a request for "emergency relief" and "immediate docketing" on the ruling with the Eighth Circuit Court of Appeals. Gov. Pete Ricketts said in a statement that he plans to work with Peterson to "uphold Nebraska's Constitution and the will of the people of our great state."

Should the Eighth Circuit grant an injunction, the Supreme Court will still rule on marriage equality this year. The court is widely expected to find all state bans on same-sex marriage unconstitutional.