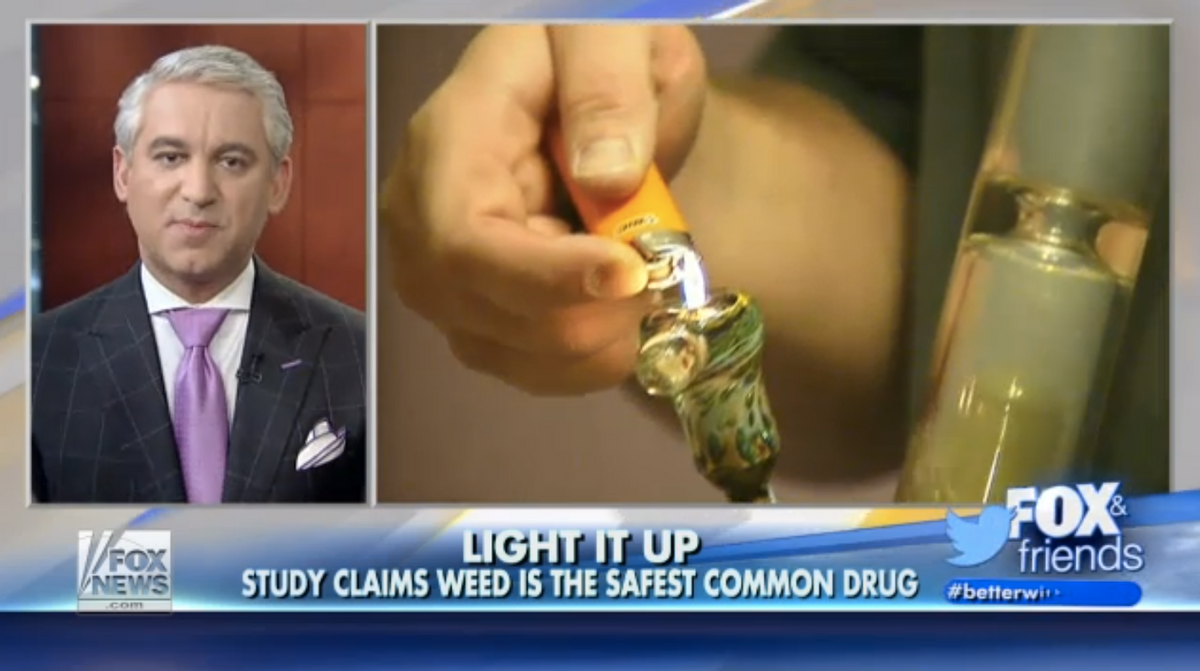 Fox News Medical A-Team member Dr. David Samadi joined the "Fox & Friends" gang Saturday to discuss a recent study in Scientific Reports which found marijuana was less dangerous than any other common recreational drug (alcohol, cigarettes, etc.). Of course, he had some glorious digressions to make along the way.

After Samadi had explained that people have to be very careful about not getting the wrong message from this particular study because of its lethal dose-comparison, he explained:

“We’re seeing in Colorado that we had 13 kids that came to the emergency and ended up in the ICU as a result of overdose from marijuana. Now we have crack babies coming in because pregnant women are smoking this whole marijuana business.”

Also: Samadi took this opportunity to lash out at medical marijuana users, explaining that "This is this is the biggest scam I've ever seen." While he seemed to briefly entertain the idea of some patients in chemotherapy needing the drug, he proceeded to challenge any doctor to come to his Facebook page and convince him that it's a healthy option.

Doctors: Have at it.