What a bunch of wimps! 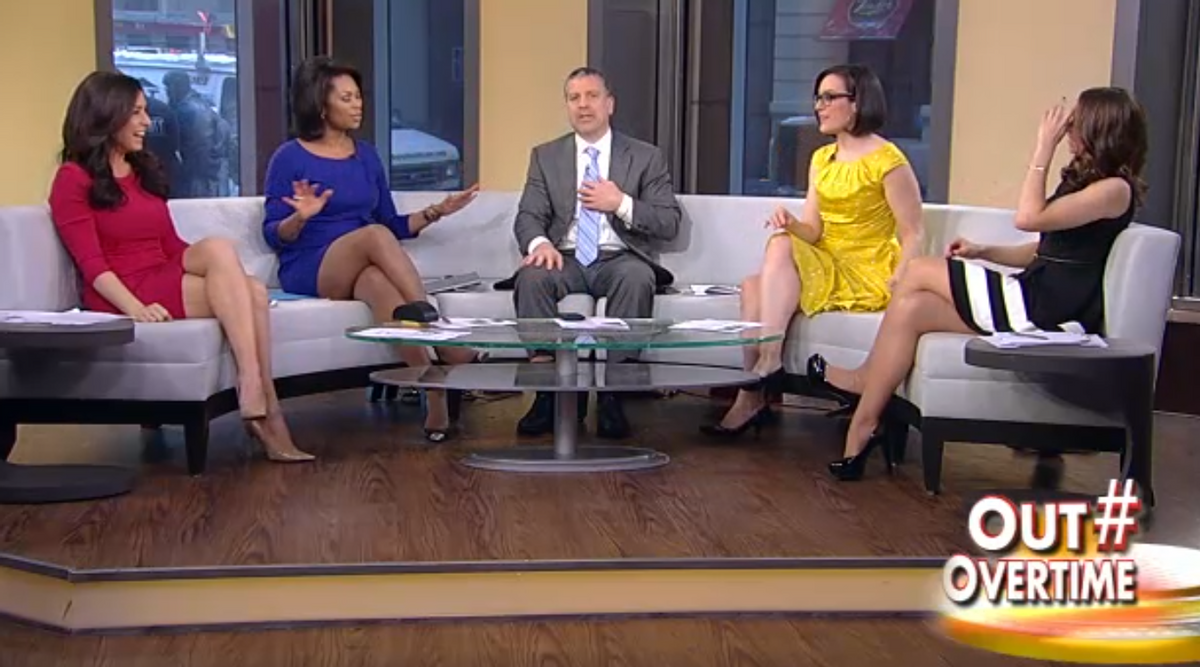 At this point, it shouldn't really be surprising when sexist stuff happens on Fox News' "Outnumbered," which takes potentially problematic gender dynamics and folds them right into the premise of the program. But the rotating male panelists really tend to outdo themselves.

On Monday, after an on-air discussion of the harsh language Vanderbilt University basketball coach Kevin Stallings directed at a player last week, Fox Business host Charles Gasparino shared some additional thoughts on the questionably abusive incident during a Web-only "Outnumbered" segment. He got a bit more straightforward than he did on TV. Gasparino took a hard line that Stallings' behavior was acceptable, but of course there's more.

"I think what he did to that kid was completely appropriate," Gasparino said. "And I think the bigger story here is the wimpification of men that is going on in this country."

"I would've said something else," Gasparino added.

At Faulkner's urging -- because "you can say whatever you want, it's the Web!" -- the lone male said what he meant: "So, pussification."