Jon Stewart is trying his hand at professional wrestling tonight, because life is weird

In all likelihood, he won't be unleashing any serious "Raw" moves -- but we won't put it past him 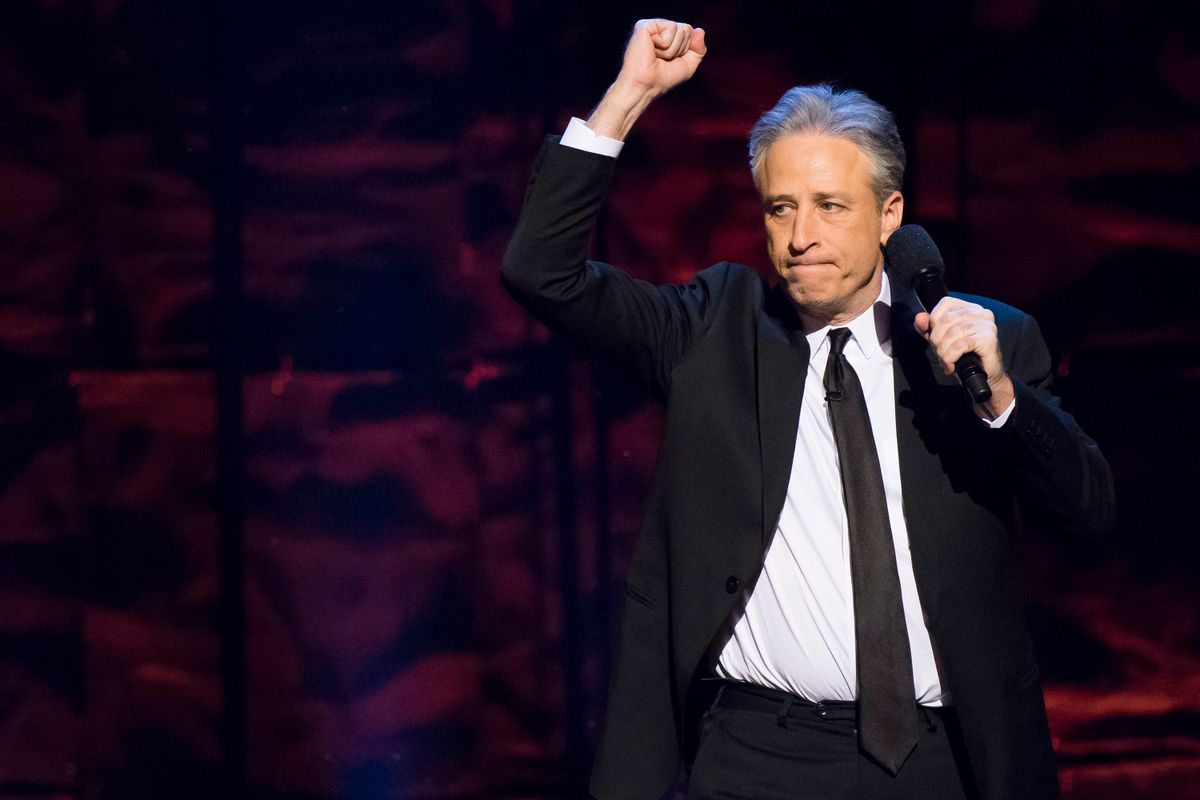 Perhaps you've been following the feud underway between Jon Stewart and professional wrestler Seth Rollins of WWE. Or perhaps you've just been following the controversy surrounding Rollins' nude selfies. Either way, it is important to know this: After much speculation, WWE has confirmed that Jon Stewart will be appearing on Monday night's "Raw" at The Prudential Center in Newark.

Yes, this means that Stewart will finally have an occasion to debut his 160 pounds of dynamite. Last week, we got a sample of some of Stewart's finest WWE moves as he attempted to put the 6-foot-1 wrestler in a headlock because he'd interrupted his Moment of Zen. We all know how that ended.

If his performance tonight is anything like that one, he'll be needing you to keep him in his prayers. Then again, maybe he's just waiting for the perfect moment (tonight) to unleash this so-called "world of hurt."

Revisit Stewart's unsuccessful attempt at a headlock below: