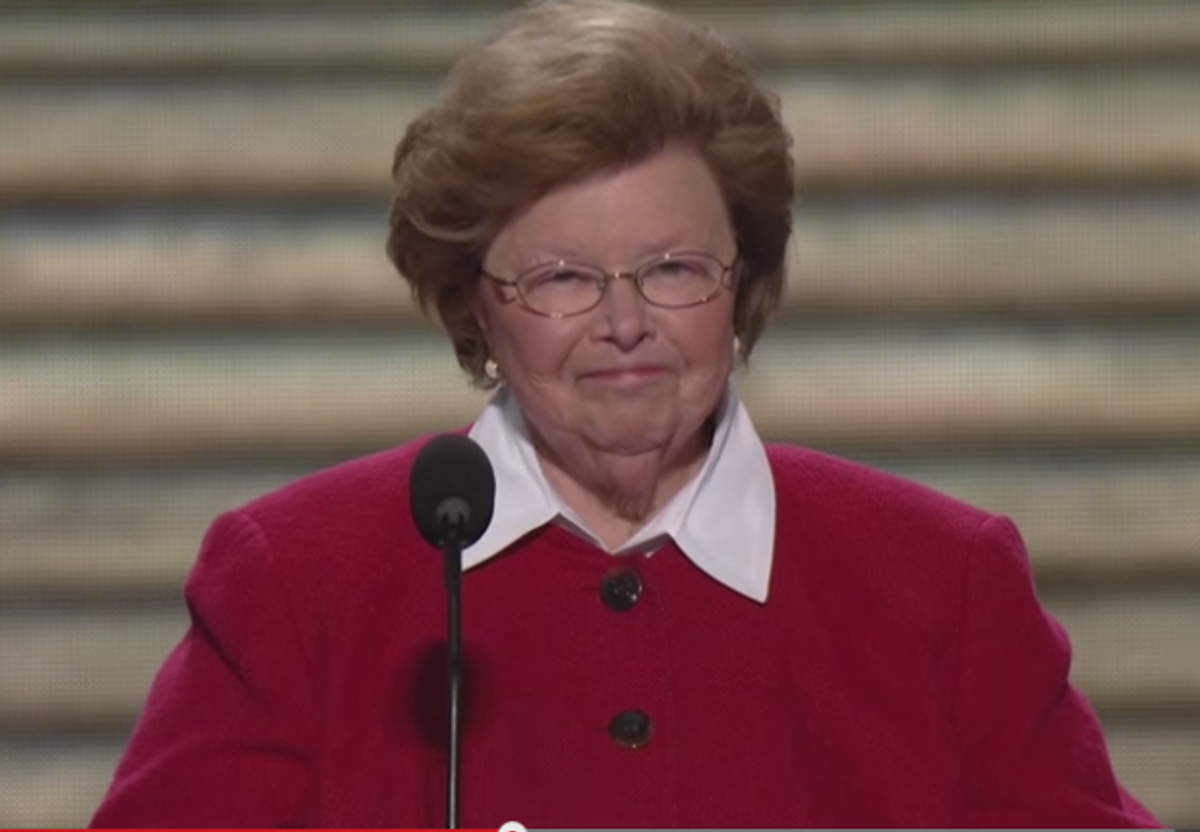 Sen. Barbara Mikulski (D-MD) will not seek re-election in 2016, the Washington Post reported Monday morning, citing three sources with knowledge of the five-term senator's decision. She will announce her retirement at an 11 a.m. news conference, according to the paper.

First elected to Congress in 1976, Mikulski represented a Baltimore-area House district for 10 years before winning the election to replace liberal Republican Sen. Charles "Mac" Mathias. Mikulski, who will have served in Congress for 40 years when her term expires in January 2017, has already served in the body longer than any woman in U.S. history. From December 2012 until the GOP takeover of the Senate in January, she chaired the powerful Senate Appropriations Committee, which controls all discretionary spending legislation in the chamber.

The 78-year-old Mikulski will become the second senator to announce a 2016 retirement; in January, Sen. Barbara Boxer (D-CA) announced that she would not run for a fifth term. Both seats are likely to remain in Democratic hands. Though Maryland shocked the country when it elected a Republican governor last year, now-Gov. Larry Hogan's victory was largely attributable to dismal turnout, and Maryland hasn't sent a Republican to the Senate since Mathias won his last election in 1980. With a presidential race on the ballot, 2016 will generate much higher turnout, and the Democratic Party has a deep bench in the state. Possible Democratic candidates for Mikulski's seat include Rep. Donna Edwards, a progressive favorite; State Delegate Heather Mizeur, an openly gay lawmaker who lost her bid for the gubernatorial nomination last year but made waves with her liberal policy proposals; Baltimore Mayor Stephanie Rawlings-Blake, a rising star in the party; and Rep. Chris Van Hollen, the top Democrat on the House Budget Committee.