"It's disturbing for police officers to watch" 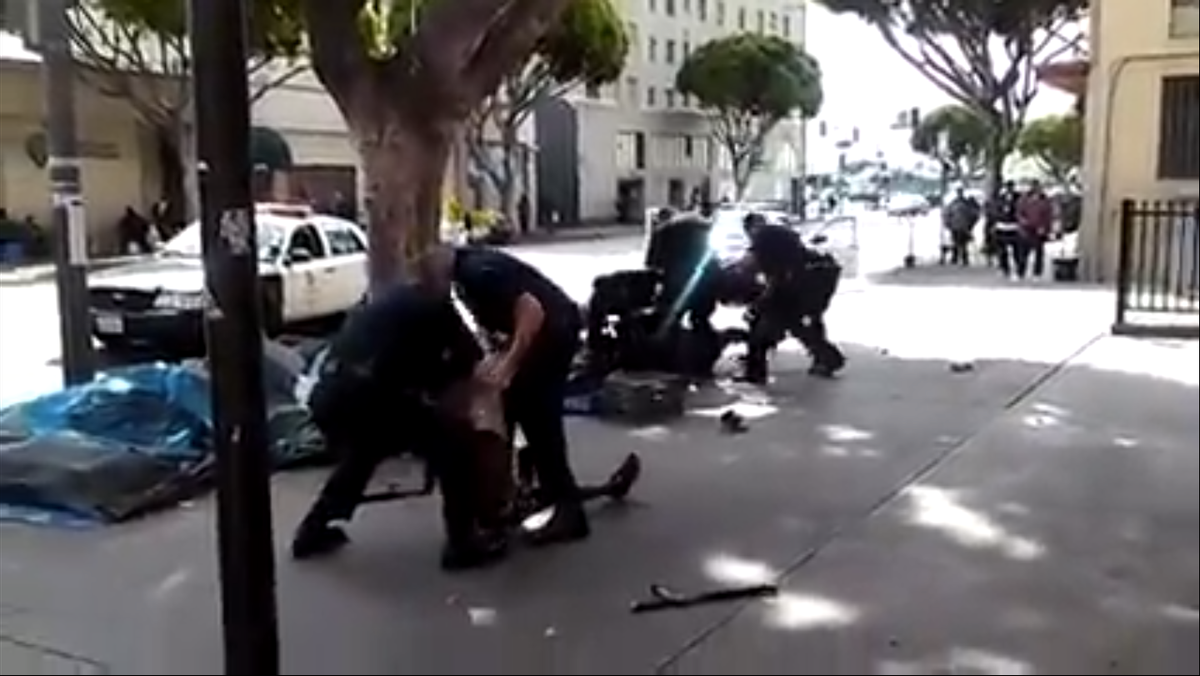 A new video has surfaced of members of the Los Angeles Police Department fatally shooting a homeless man on Sunday morning. The officers were responding to a 911 call reporting a robbery.

Cmdr. Andrew Smith explained that when the officers approached the homeless man, he began "fighting and physically resisting the officers." The cops tried subduing him with a Taser, which was "ineffective." At one point, one of the officers dropped his nightstick, which a woman picked up. The cops then pushed the woman as well as the man to the ground, at which point "a struggle over one of the officer's weapons occurred... At that point an officer-involved shooting happened," explained Smith. Five gunshots can be heard in the video.

The man, whom some witnesses have referred to as "Africa," was pronounced dead at the hospital.

Yolanda Young, a witness, said that she had seen the man arguing with officers. "Next thing I know," she said in an interview with CBS2, "Dude swung on a cop and the cop swung back. And they were hitting on him and then two other cop cars pulled up and they got out of the car and ran over there, and they had three Tasers out."

In an interview with the L.A. Times, Smith said that a full investigation would be launched, and that investigators would use audio enhancement software to attempt to figure out what was said in the confrontation.

"Of course we're aware of the video," he said. "Any video that shows someone losing their life in an altercation with police is going to be disturbing. It's disturbing for police officers to watch."

"It's always tragic when there's a loss of life in one of these situations," he continued. "It's not an incident taken lightly by any police officer. But we are committed to everyone involved and to the public to conduct a thorough and complete investigation."