Visions of a fallen world: What our crowded, imperiled planet really looks like 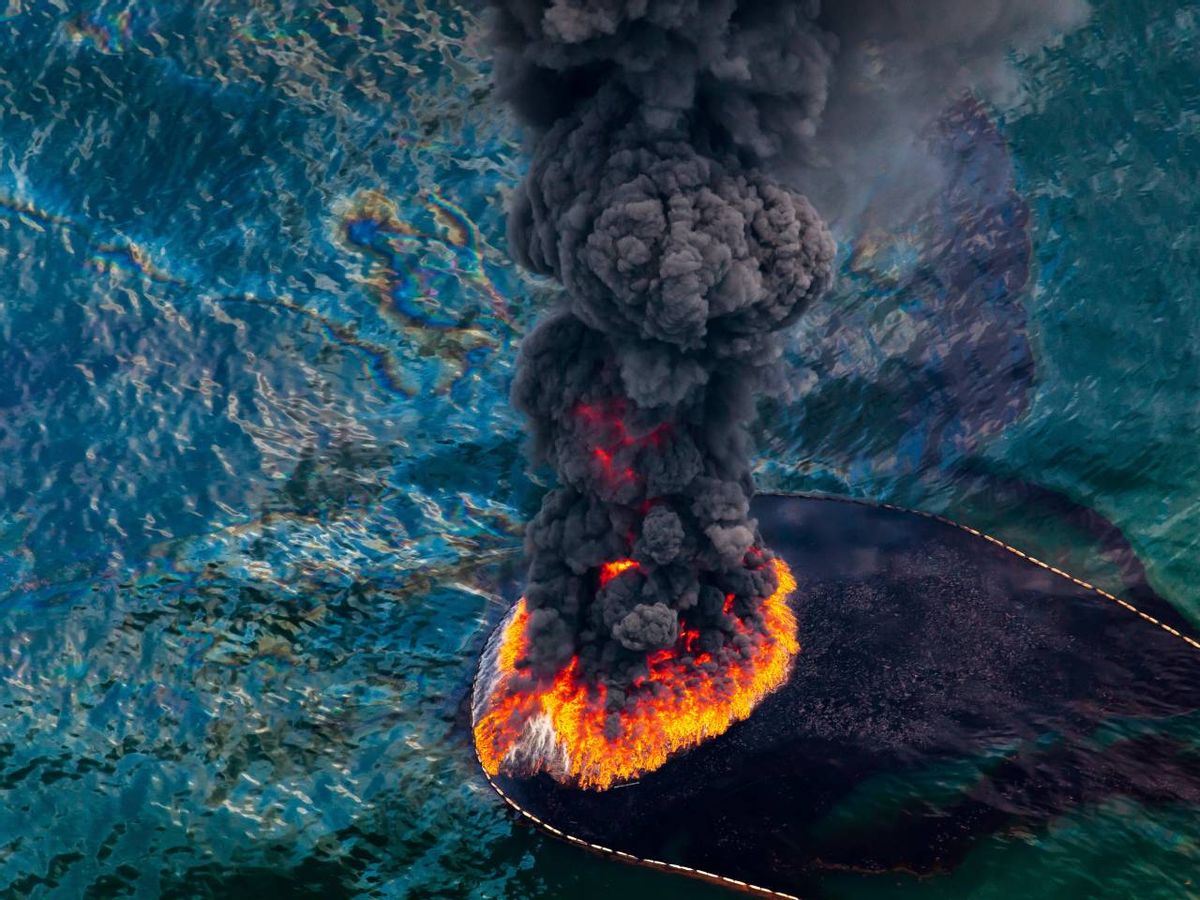 The more than 7 billion humans alive right now are, by virtue of our very existence, contributing to a problem of a planetary scale -- and we could number as many as 5 billion more by this century's end. We're taking up so much space, and so quickly, that the planet lost half of its total population of wildlife in just four decades. Climate change, spurred on by our voracious appetite for fossil fuels, is threatening Earth's very future.

The logical arguments for getting population under control are compelling, says Tom Butler, editorial director at the Foundation for Deep Ecology. Yet somehow, they just aren't working.

So, Butler tried a picture book -- a large-format coffee-table book, more like, featuring images of a world overrun by human activity, produced as part of the Global Population Speak Out Campaign. (You can read it online, for free, here.)

"We wanted to jump over those old and rational arguments and try to go straight to the emotional center of a viewer, someone who has never thought about the population question, and say: Here is how the earth has been transformed," Butler explained. "Take a look: 7.3 billion people on the planet, trying to get by, living as they do, have profoundly altered the planet and here’s what it looks like."

"Now, tell us, after you’ve seen that, that there’s not an issue here and we shouldn’t be talking about this human population trajectory."

Not every image included in the book is, on its own, shocking. But taken together -- sprawling cities, mountains of waste, Black Friday crowds and tightly packed factory farms -- they demand attention, and provide a convincing argument for bringing overpopulation and consumption (and both our numbers and our behaviors, it argues, matter) back to the center of the environmental movement.

"The ways that the world is being transformed do not come from human malevolence," Butler, who edited the book, told Salon. "I don’t think people wake up in the morning, whether they’re in the agricultural business or the energy sector, and say, 'Well what can I do today to kill the planet?'"

"But the vast majority of people get up every day and are embedded in a system, an economic, social, political system, that seems like normality to them but the effects of that in aggregate are harming the biosphere and making it less and less likely that humanity will have a flourishing future."

Acknowledging that there's a problem, Butler added, may be the hardest part. "The response to this problem, the actual strategies and tactics to address it, are straightforward, they are known, they are affordable," he explained. They include solutions, such as providing girls and women with education and access to family planning, that have benefits beyond just helping to limit population growth. "The only problem," Butler said, "is that we do not have the political will to implement them in a way that is commensurate with the scale of the problem."

To see that problem laid out, check out a selection of photographs from the book, below: