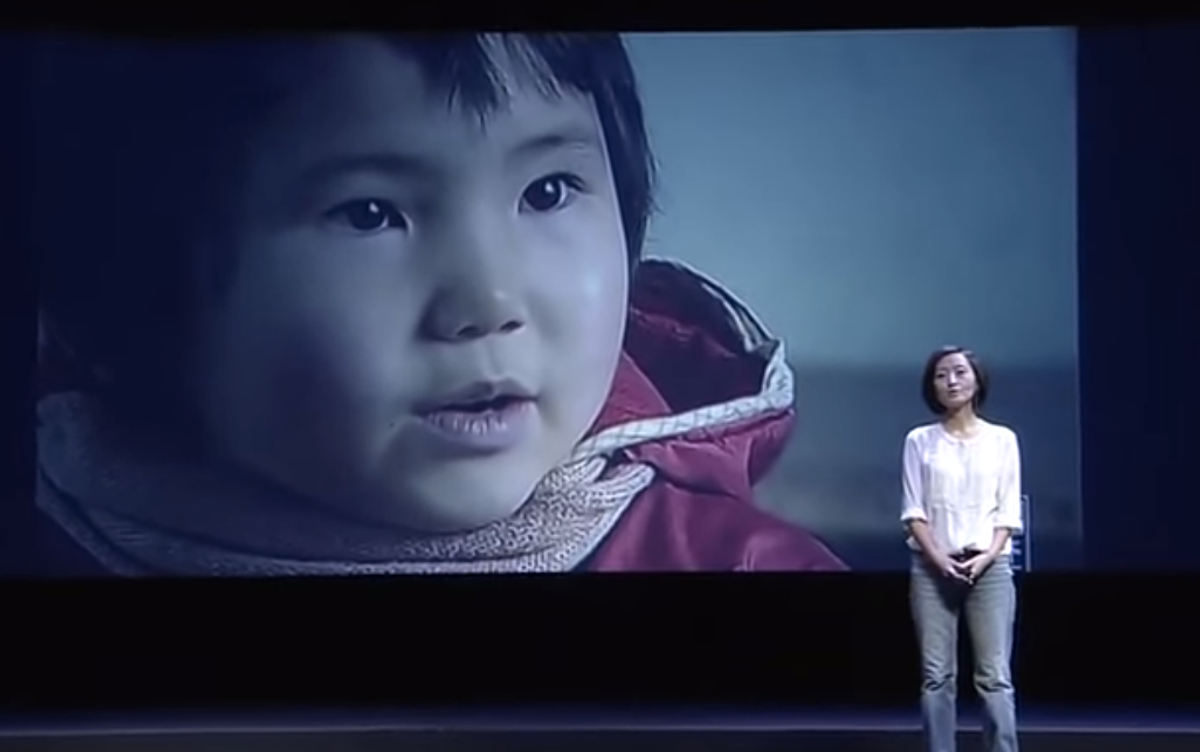 (Screenshot, Under the Dome)
--

While you were bingeing this weekend on "House of Cards," an online release of a very different nature was taking China by storm.

An environmental documentary that's being called China's "Inconvenient Truth," or, according to China's new minister of environmental protection, its "Silent Spring" has already racked up more than 175 million views since it was posted online Saturday -- a viral phenomenon that's reportedly catapulted the country's air pollution woes to the center of conversation.

The film, "Under the Dome," is hosted by former state television reporter Chai Jing, who blends frightening statistics about the air, water and soil pollution that has accompanied China's rapid industrial development with a personal narrative about the birth of her daughter -- an event she credits with awakening her awareness of pollution's dangerous toll.

“I’d never felt afraid of pollution before, and never wore a mask no matter where,” she tells a rapt audience in the video. “But when you carry a life in you, what she breathes, eats and drinks are all your responsibility, and then you feel the fear.”

There's been some controversy over Chai's suggested that pollution may have been responsible for the benign tumor her daughter developed in the womb. But surprisingly for a film that criticizes both the industry and government hurdles blocking more aggressive action to clean up the environment, the state appears to be fine with -- and even openly receptive to -- its message. The video has yet to be blocked in China, and Minister of Environmental Protection Chen Jining said he was "particularly pleased" with it, commenting, "I think this work has an important role in promoting public awareness of environmental health issues."

Its timing, meanwhile, couldn't be better: in an agreement reached last fall with the U.S., China committed to reaching peak emissions by 2030 at the latest, as well as to bring renewables' share of the energy mix up to 20 percent by that time. That the documentary struck such an enormous nerve suggests that the government has more reasons than just climate change to take that endeavor seriously. And that officials aren't censoring it suggests they just might recognize that.

There's a crowdsourcing effort currently underway to translate the film into English. What they're got so far is a little rough, but enough gets through that you can understand why this might be hitting such a nerve. Check it out below: