This season has brought with it a cornucopia of memorable cameos 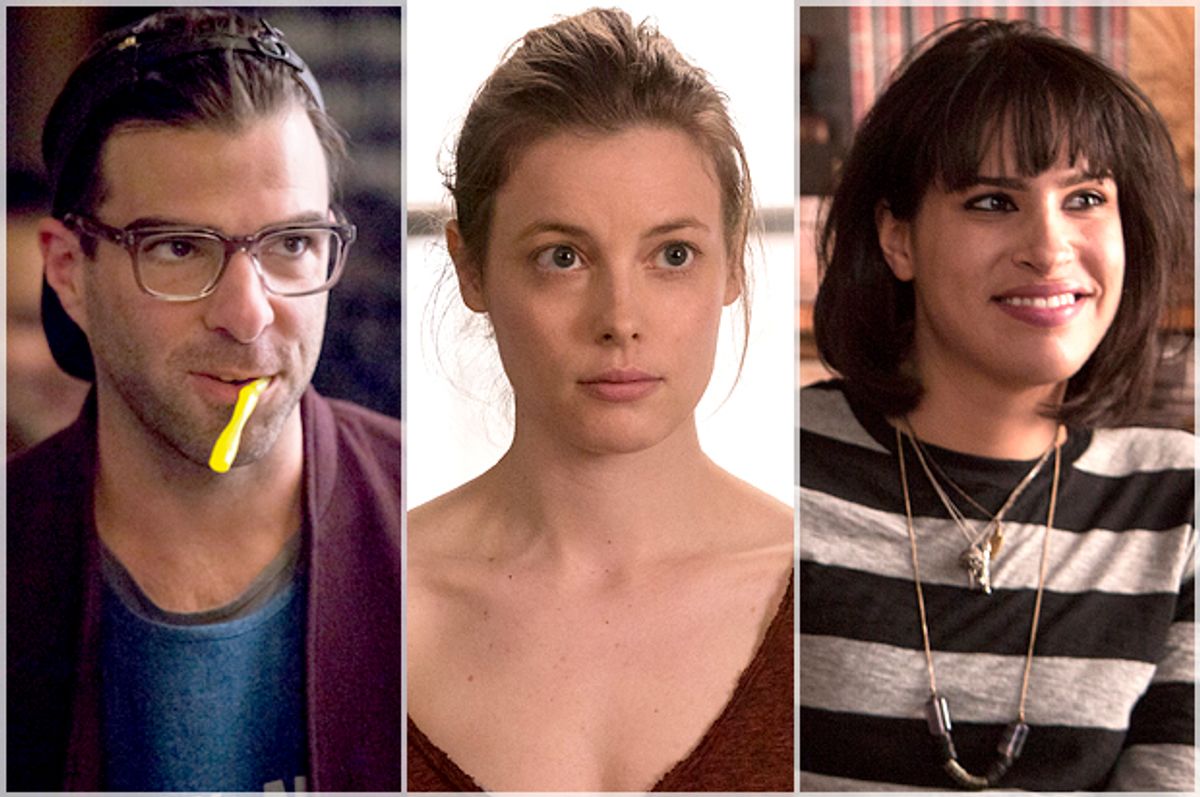 "Girls" has stepped up its guest star game this season, with a plethora of familiar faces and FODs (friends of Dunham) stopping in for brief stints in the world of Jessa, Shosh, Hannah and Marnie. Here's a look at the best and worst guest spots in season four (for our purposes, we'll only be looking at bold-face names who haven't been featured prominently on the show before).

9. Natasha Lyonne.
I love Natasha Lyonne as much as the next "Orange Is the New Black" fan, but her few seconds as Beadie's daughter were disappointingly brief and sort of pointless -- much like this whole subplot.

8. Ana Gasteyer
The “SNL” alum was a solid choice for Shosh’s mom: The pair have the same sort of high-strung energy and even somewhat look alike. We just wish that she, like Lyonne, had a little more to do.

7. Marc Maron
Not too much to say here, but it's fun to see the comic and "WTF" podcaster (and noted FOD!) bring his quintessential prickliness to his spot as Ray's city council antagonist.

6. Jason Ritter
"Parenthood" and "Gilmore Girls" alum Jason Ritter is adorable and totally believable as Scott, the brains between the horribly named instant-soup company Madame Tinsley's, who asks Shoshanna out after refusing to give her a job. These two have great chemistry, and I really want them to get together, if only because this is by far the most fun and lively Shosh has been all season. ("I am so happy for you and Jeremy and Simon, Scott. 'Harvard alum makes good,' that is such an exciting story! Do you mind if I write about it for Holy Shit magazine?!" LOL).

5. Jake Lacy
After playing Jenny Slate's unwitting paramour in “Obvious Child,” Lacy appears to be getting typecast as the designated safe-rebound guy for jilted quirky girls. While this role didn’t exactly show us anything we didn’t see in "Obvious Child," Lacy always manages to bring a refreshing humaneness and vulnerability to small parts -- generally as the straight man in a sea of crazy -- and kudos to him for successfully rocking the name Fran, the coolest girls-name-on-a-dude since "Broad City's" Male Stacy.

4. Maude Apatow
Discounting the nepotism involved in the casting here, I loved Apatow Jr. as Hannah’s student-slash-new-BFF Cleo. The young actress has a great presence and oodles of charisma, and I wouldn't be surprised if we see a lot of her in the near future. I also wouldn't be surprised if she ditches Hannah pretty soon, because she is obviously way cooler than a substitute teacher.

3. Desiree Akhavan
The buzzy Persian actress, writer and director was another clever casting choice — one that arguably has some meta overtones, seeing as she has been dubbed "the Persian Lena Dunham.” As Hannah increasingly alienates her Iowa Writers' Workshop class, Akhavan's sassy Chandra gives as good as she gets -- "So you're saying it's our fault you can't write?" -- and is easily the standout of Hannah's classmates.

2. Zachary Quinto
In a show full of pretentious douchebags, Zachary Quinto’s toothbrush-sucking hipster-stereotype Ace might just be the worst of them all (no small feat). As Mimi Rose's ex, he manages to embody that nutty volatility that you sort of suspect Mimi Rose might be harboring beneath her chill girl surface, while his hostile taxi banter with Adam on last night's episode might be my favorite bit of dialogue this season thus far, second only to Shoshanna's insult-filled flirt-fest with the soup guy. (Ace: "Your suffering's her f*cking safe space. Pretending she's some sweet weirdo girl from Maine with the bitten-up lips and the Asperger's. Come on, man. Eventually you have to recognize it's hollow. It's curated. She's a bad, bad girl who knows what works.")

1. Gillian Jacobs
The "Community" alum was an inspired choice as Mimi Rose Howard (per Hannah, “a woman’s name and a man’s name with a flower in the middle of it"), Adam’s new suitor and Hannah’s foil this season. Jacobs strikes the perfect balance here between admirable self-possession and insufferable manic-pixie dippiness -- albeit careening heavily towars the latter after last night’s art show episode. In only a few episodes, Mimi Rose made her mark as a distinctive and nuanced personality in a way few “Girls” guest stars have achieved, an enticing cipher full of contradictions, and I'm dying to see more of her bizarro art projects and creative endeavors. (A psychosexual thriller told from the perspective of a dead woman who solves her own murder using "this hologram technology" she invented? Tell me more!)