We doubted he'd show up for "Raw" but Stewart didn't disappoint 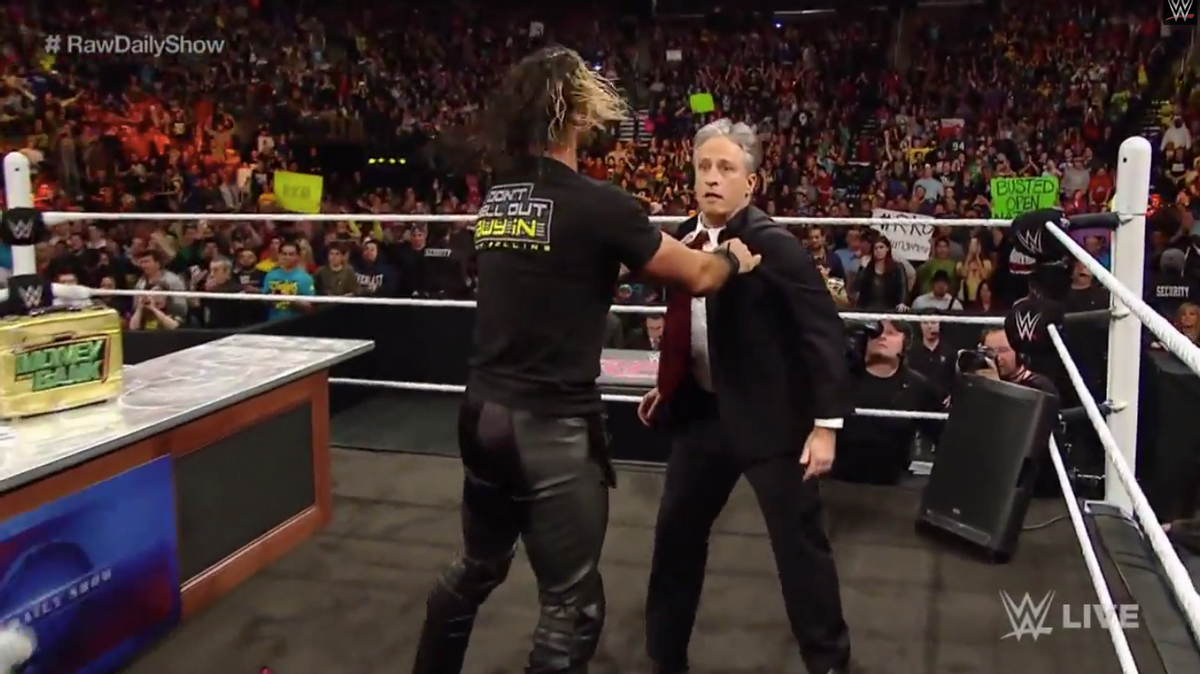 We all doubted Jon Stewart would show for his Monday night appearance on WWE's "Raw." But Stewart, a true man of his word, came through. What was he going to do -- let Rollins have the last word?

The pro wrestler, convinced Stewart was a no-show, used the opening of the episode to trash-talk Stewart (and audition for his own late night spot?).

He wasn't done, though. Rollins also had some shade to throw at Stewart for his work hosting the Oscars and his Jersey upbringing (Jersey is where wusses and phonies live, we learn).

Stewart made a heroic entrance at just that moment, firing away his own blistering insults at Rollins: "I have something you'll never have -- and that's respect." This statement was naturally followed by Stewart respectfully kicking Rollins in the balls and exiting stage. What a world.