Martin O'Malley blows exit strategy: Why running for senate would have made sense 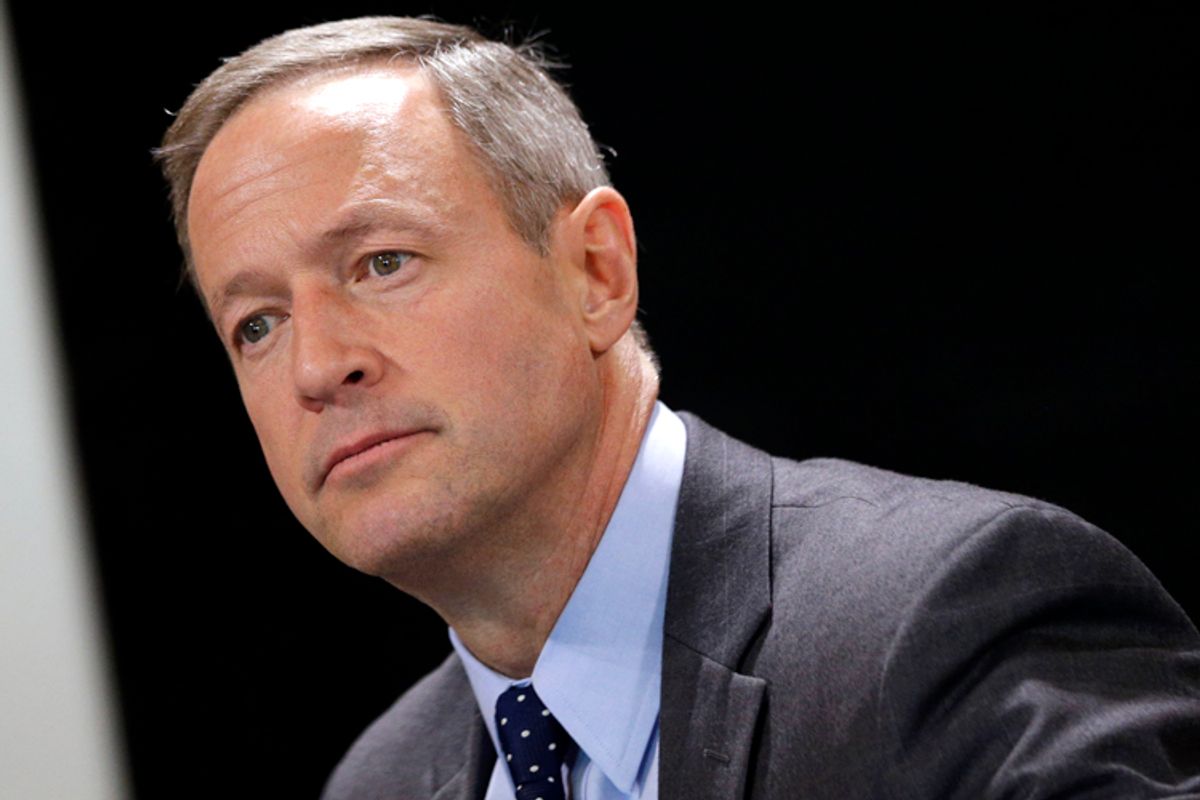 One of the most exciting primary races of the 2016 cycle is now going to be in Maryland. (Just like it was in 2014, except no one really knew that until it was over.) Sen. Barbara Mikulski, a longtime awesome Senate person, announced her retirement Monday. Since Maryland is -- yes, still -- one of the bluest states in the country, and Senate seats there open up there about as often as a Halley's Comet fly-by, there are about a dozen Democratic candidates, with a range of views and backgrounds, who'll be considering a run.

Really: somewhere near a dozen, off the top of my head. Six of Maryland's seven Democratic House members, most of whom are prominent figures within the conference, will give it some thought. The three candidates ran for the Democratic gubernatorial nomination last year (including the one who won it, and then lost the general -- they shouldn't pick him!) could consider. The mayor of Baltimore, whose star is rising within the party. The former Congressman and NAACP president Kweisi Mfume, who only narrowly lost the Democratic nomination the last time a Senate seat was open. Some county executive or another.

No, people were mostly thinking of Martin O'Malley in sympathetic terms: this open Senate seat offered the polite young man, who tries so hard, a nice way to wrap up his 2016 presidential ambitions while saving a bit of dignity. It was his chance to get out of something that just isn't working out.

O'Malley is the only candidate on the Democratic side who for months now has been working tirelessly in Iowa and New Hampshire. He gives speeches, attends every dumb county dinner he's invited to, has paid staff out there. He's an accomplished liberal governor who is not in any way shy about his ambitions. He's doing all the right things...

...And yet has garnered no support whatsoever. That's not an exaggeration -- he is literally polling at zero now, down from 1-2%. He has recorded zero percent in the last two Iowa polls. Zero is bad. Can't get very far in politics with zero percent support, in polls. We're not even talking about rounding down to zero, from 0.4% or whatever, either. In the last Quinnipiac poll of 619 likely Iowa Democratic caucus-goers, Martin O'Malley received zero votes. Oh-for-619. Jesus.

And yet, O'Malley just announced today that he won't take the gift and run for Senate.

This seems like an exit strategy squandered. A presidential candidate could catch fire, sure. But by this point, less than a year out from the Iowa Caucuses, you need to show at least some signs of flammability. Bernie Sanders is at like 5-10 percent. Fine. Run! Martin O'Malley, however, is at zero percent. There is not enough oxygen to sustain a spark.

So, Martin. Marty! You... probably should have considered this Senate thing, instead.

Not that winning the Democratic Senate nomination in Maryland would have been a piece of cake for O'Malley, either. He could hardly have expected the field to clear for him. It would have been an extremely difficult test. But among potential odysseys, it's obviously the more reasonable one on which to embark.