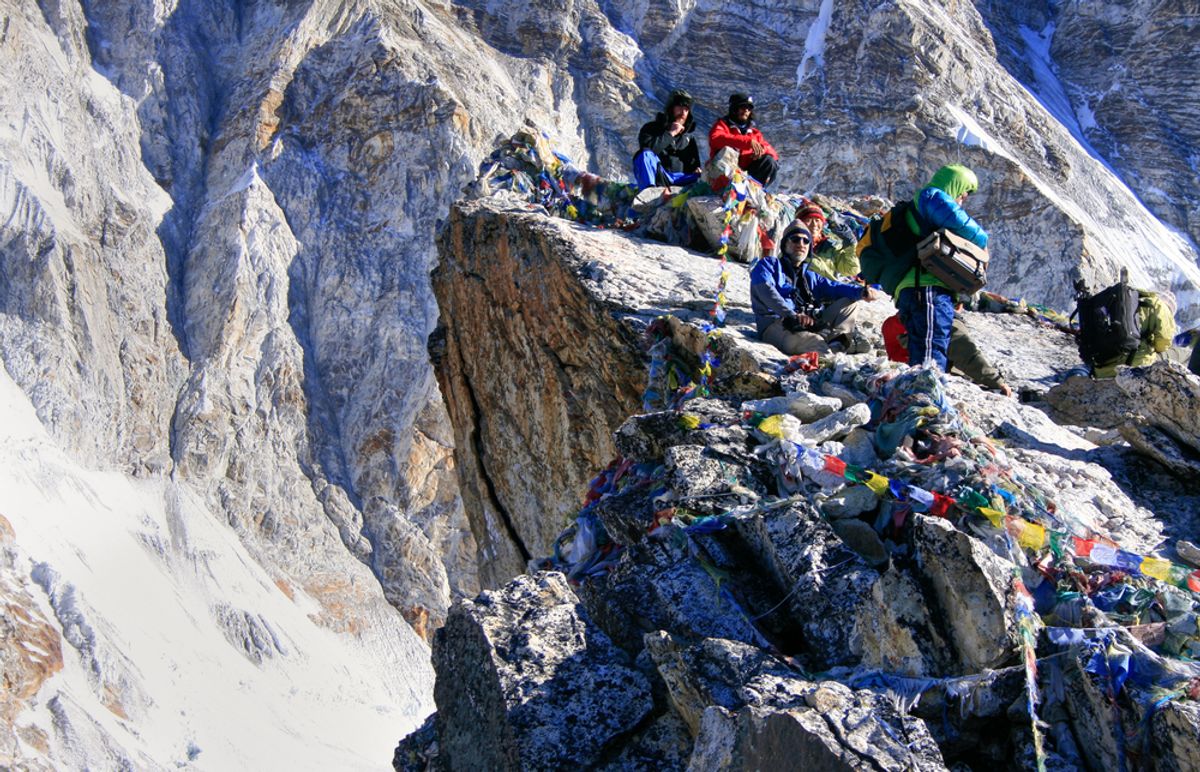 Unknown people squatting on the top of the Kala Patthar Mountain near Mount Everest Base Camp in the Himalayas, Nepal. (PlusONE/Shutterstock)
--

Mt. Everest has a poop problem.

The more than 700 climbers and guides who flock to the mountain each year to undertake the treacherous, two-month long journey to its peak are leaving behind way too many feces, the Associated Press quotes the chief of Nepal's mountaineering association as saying, polluting the pristine mountainside and threatening to spread disease.

"Climbers usually dig holes in the snow for their toilet use and leave the human waste there," Ang Tshering told reporters. But lately, it's been "piling up" around the four camps set up between the base and the summits, where climbers hang out, sometimes for weeks, acclimatizing to the dizzying elevations. The camps are, understandably, pretty basic, and do not have toilets.

Nepal's government, Tshering said, needs to figure out a way to get climbers to dispose of their waste properly -- by carrying it back down in "disposable travel toilet bags," for example -- lest the problem gets even worse.

This isn't the first time Nepal's had to deal with the unwelcome remnants of its major tourism industry, which has transformed the mountain into what's been called the “world’s highest garbage dump.” Last spring, officials announced a new policy under which climbers returning from the peak would need to bring 18 pounds of trash back down with them. It remains to be seen whether that will prove to be enough to tackle the destructive influence of the more than 4,000 people who've conquered Everest so far.