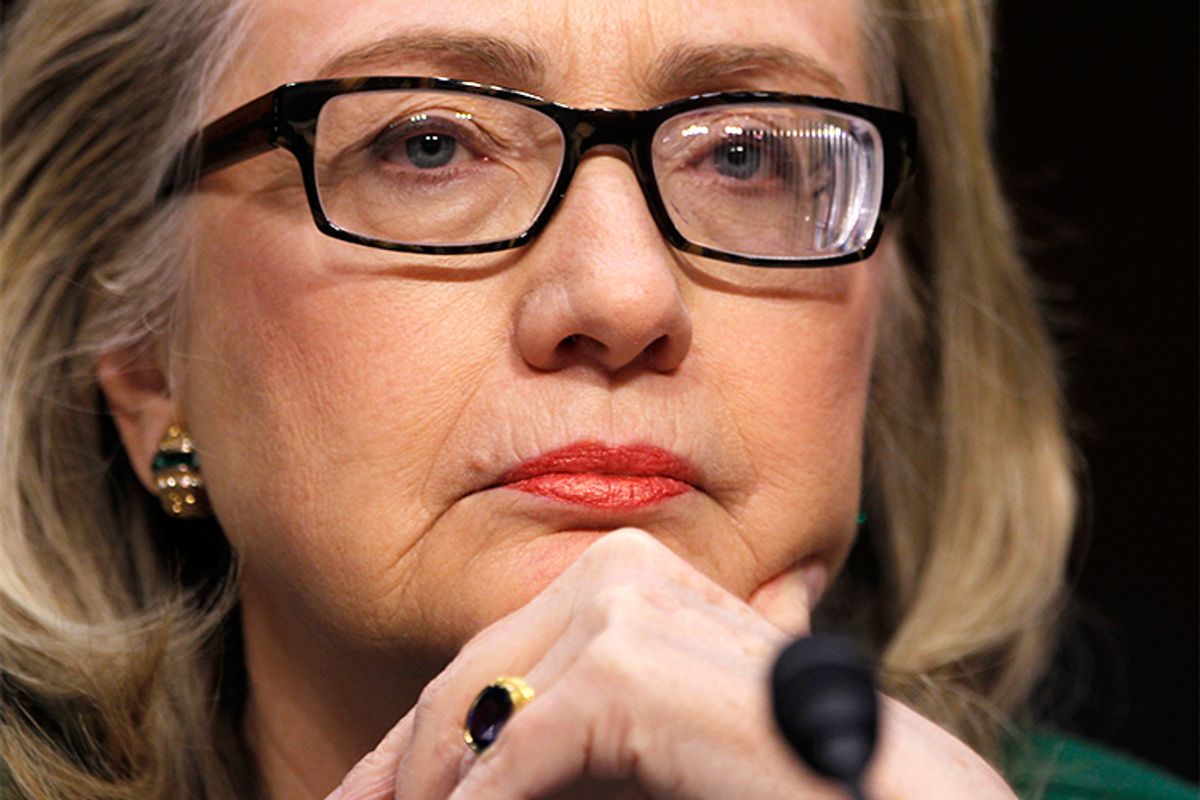 The New York Times delivered a jolt to the 2016 presidential contest on Monday night, as the paper reported that Hillary Clinton conducted all government business on a personal email account during her four-year tenure as secretary of state.

While other top government officials -- including President Barack Obama and Clinton's successor, John Kerry -- have used government accounts for official business, Clinton never used a government email address during her Foggy Bottom years. Moreover, the Times found, Clinton aides "took no actions to have her personal emails preserved on department servers at the time, as required by the Federal Records Act."

The Times reports that two months ago, Clinton aides handed over 55,000 pages of emails following a State Department request. But the likely Democratic presidential contender's aides personally reviewed Clinton's emails and selected which ones to send to the department.

Experts found Clinton's use of her personal account troubling:

Her expansive use of the private account was alarming to current and former National Archives and Records Administration officials and government watchdogs, who called it a serious breach.

“It is very difficult to conceive of a scenario — short of nuclear winter — where an agency would be justified in allowing its cabinet-level-head officer to solely use a private email communications channel for the conduct of government business,” said Jason R. Baron, a lawyer at Drinker Biddle and Reath who is a former director of litigation at the National Archives and Records Administration.

While Clinton isn't the first official to use a private email account for government business, regulations stipulate that such accounts are supposed to be used only in emergencies. What's more, her team failed to adhere to key protocols:

Regulations from the National Archives and Records Administration at the time required any emails sent or received from personal accounts be preserved as part of the agency’s records.

But Mrs. Clinton and her aides failed to do so.