With domestic violence and abortion subplots, the third season of "Nashville" has been its fiercest yet 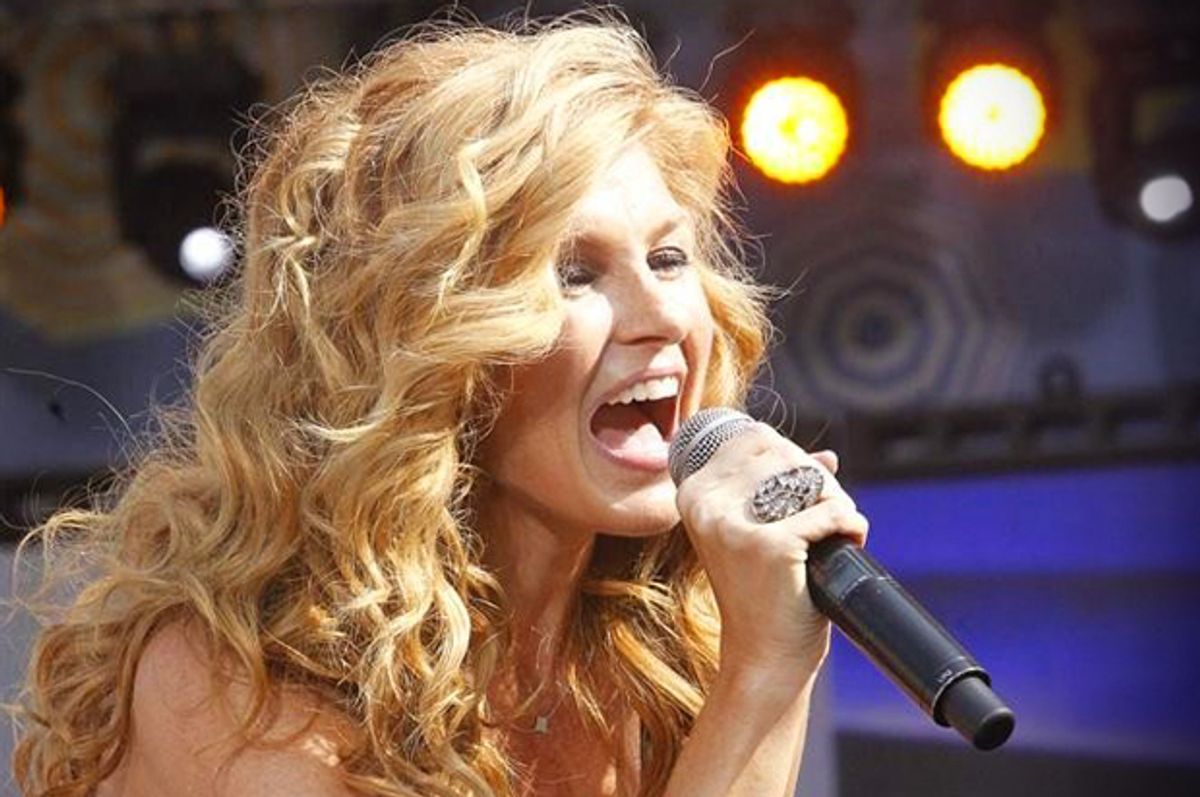 Even with the massive popularity of artists like Carrie Underwood and Miranda Lambert, the past few years have not been kind to the women of country music. Outside of Lambert and Underwood, it’s harder to find a female country artist at the top of the charts than it was twenty years ago, when Faith Hill and Shania Twain sold millions of records and thrust the genre into the mainstream.

Worse, the portrayal of women has devolved into an environment that is sexist at its worst, cringeworthy at best. The popularity of “bro-country,” a term coined by music critic Jody Rosen to describe country music’s prevailing (and hyper-masculine) sound, has introduced a host of harmful stereotypes of women, depicting them as decorative objects that exist for the pleasures of men, visual or otherwise. (See Maddie & Tae's "Girl in a Country Song" for a tongue-in-cheek send-up of the subgenre.) As a result, there just isn’t room for feminist classics like Loretta Lynn's pro-birth control anthem “The Pill” or songs that tackle issues like domestic violence, like Martina McBride's “Independence Day,” on the charts.

As a result of this move toward the mainstream, country music has established itself as the country’s most popular music genre, thanks largely to the pop crossover success of acts like Florida-Georgia Line and Carrie Underwood (not to mention Taylor Swift, who defected firmly to the pop side with 2014's "1989"). Also encouraging the nation’s current fascination with country music is "Nashville," ABC’s Wednesday night drama that revolves around fictional country superstar Rayna Jaymes, played by Connie Britton. In Rayna Jaymes, Britton is, to some extent, carrying on the legacy of Tami Taylor, the fierce family woman she played in the cult classic "Friday Night Lights." Tami Taylor was the epitome of a strong southern woman, and so is Rayna Jaymes. Jaymes is as fiercely devoted to her family as her career, never afraid to speak her mind, and hopelessly headstrong. Rayna Jaymes is the most progressive woman in country music, real or fictional.

In the current season of "Nashville," Rayna has called off a wedding to a man she didn’t love, run a record label and fiercely protected her children from a predatory record executive. And throughout the show's three seasons, "Nashville" creator Callie Khouri has been entirely unafraid to tackle heavy issues, many of which have been largely ignored in the real world. Domestic violence, abortion, mental illness, and homosexuality have all featured prominently in story arcs, and discussed with a level of thoughtfulness and nuance that just doesn’t exist in the real world of mainstream country music.

In the current season of "Nashville," the character Sadie Stone (played by Tony-winning actress Laura Benanti) is both Rayna’s musical protege and a victim of domestic violence and stalking. Benanti's character is intimidated and physically assaulted by an abusive ex-boyfriend who has staked a claim to her up-and-coming career, and isn’t afraid to use force and intimidation to coerce Stone into signing over a share of profits from her future career. When Rayna is alerted to the abuse, she promptly urges Sadie to reclaim her power. In a particularly powerful scene in last week’s episode, Rayna uses her position as head of the record label to offer Sadie's abusive ex a settlement, which will in turn mean that he is no longer allowed to contact her. The move is an unlikely power play in real life, but demonstrates her character’s commitment to fiercely protecting all of the women in her life.

Occasionally, though, Khouri's portrayal of women falls short of even what television has established is "acceptable" for leading female characters. This season, when Rayna’s antagonist Juliette Barnes (a Taylor Swift type with a checkered past played by Hayden Panettiere), also frequently used by Khouri to portray feminist values, finds herself dumped and pregnant, she considered an abortion. Panettiere’s character goes as far as showing up to the appointment for the abortion, but ultimately does not go through with the procedure. This rejection of abortion in "Nashville" actually bucks a slowly-emerging TV trend: A 2014 analysis of fictional characters and abortion found that of 87 abortion-related storylines in modern television, 55 percent of characters who considered abortion actually went through with the procedure, compared with only 25 percent who didn’t. Compared with country music’s current political climate, though, the fact that Juliette Barnes even considered terminating a pregnancy is wildly progressive. Though a few country stars like Kenny Chesney are vocally pro-life, country music generally prefers to ignore the issue altogether. Considering the genre’s historical association with conservative politics and general lack of emphasis on covering controversial issues, this is unsurprising. Callie Khouri may have been able to introduce an abortion storyline via "Nashville," but the likelihood of it being addressed in reality’s Nashville is nil.

Homosexuality, another country music taboo, is also a prominent feature in "Nashville," even though the storyline doesn’t directly involve women. Will Lexington, played by Chris Carmack, is a closeted gay man who also happens to be one of country music’s up-and-coming stars. Lexington fiercely protects the secret of his sexuality because he knows that it will hurt his promising career, and compensates by drinking heavily and womanizing. The results of Lexington’s attempts to stay in the closet are occasionally disastrous, and are reflective of a strongly-held prejudice that exists in real country music. Even though Kacey Musgraves’ “Follow Your Arrow,” a pro-gay anthem, was popular on the charts and won a Grammy, there is still much to be done in terms of gay acceptance in country music. There are virtually no openly gay or bisexual country music stars, but plenty of chart-topping anthems to heteronormative relationships and gender norms.

Even though "Nashville" is markedly more progressive than real life, country music is, however slowly, finally showing signs of diversity. Bro-country’s dominance on the charts is waning, making room for up-and-coming female acts like Ashley Monroe, Mickey Guyton, and Kacey Musgraves. Progressive values aren’t as rare as they used to be in country music, but they are still desperately outnumbered by sexism, blind nostalgia, and good ol’ boy culture.

Unfortunately, though, there are few real-life parallels to Rayna Jaymes, a woman who survived 20-plus years in the fictional music machine of "Nashville." Stars like Shania Twain and Faith Hill can certainly still sell concert tickets, but they aren’t dominating the charts anymore. The real Nashville could learn much from Callie Khouri’s country music universe. In this fictional world, women are power players and record executives, not just sexist tropes and idealized femininity. The show pays genuine attention to important issues that affect real people instead of just sweeping them under the rug, and, perhaps most importantly, places a sharp focus on an empowered woman who empowers other women — a standard to which every genre of popular music could aspire.