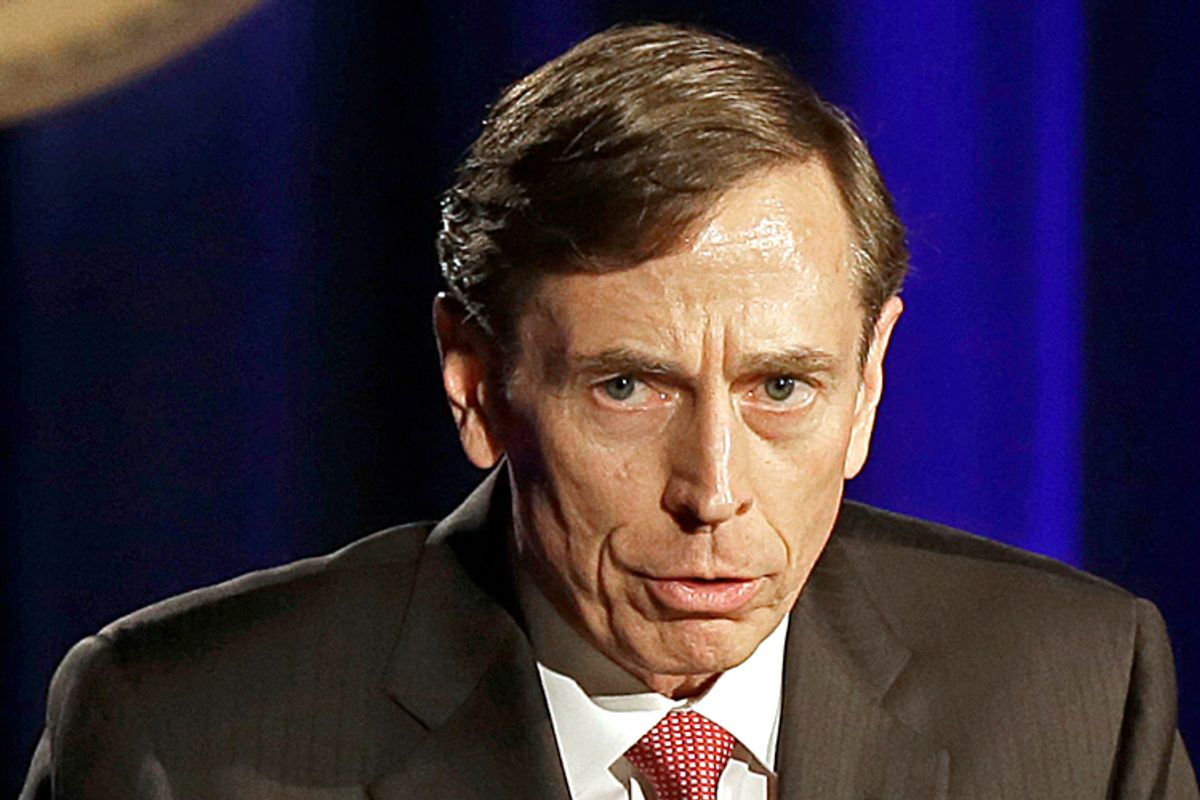 The New York Times reports that David Petraeus, the retired four-star general and former Central Intelligence Agency director who resigned from the CIA following the revelation of an extramarital affair with his biographer, is nearing a plea deal with prosecutors over his leaking of classified information to his mistress. Such a deal would allow Petraeus to avoid the ignominious revelations that would inevitably have come with a federal trial.

More from the report, written by the Times' Michael Schmidt and Matt Apuzzo:

The plea deal would complete a spectacular fall for Mr. Petraeus, a retired four-star general who was once discussed as a possible candidate for vice president or even president. He led the wars in Iraq and Afghanistan and was the architect of a counterinsurgency strategy that at one time seemed a model for future warfare.

His mistress, Paula Broadwell, is a former Army Reserve officer who had an affair with Mr. Petraeus in 2011, when she was interviewing him for a biography, “All In: The Education of General David Petraeus.”

Mr. Petraeus resigned as the director of the C.I.A. in 2012, three days after President Obama was re-elected. At the time, Mr. Petraeus acknowledged the affair. He has since denied any criminal wrongdoing.

In January, it emerged that Justice Department prosecutors and the FBI had requested felony charges against Petraeus, stating that he had given Broadwell access to his CIA email account and divulged classified information to her during the course of their affair.

Even with the specter of a criminal trial looming over Petraeus, he continued to boast high-profile defenders, including Senate Armed Services Committee chairman John McCain (R-AZ). The Times' Sheryl Gay Stolberg reported last week that Petraeus also continues to have "quiet conversations" with the Obama White House.

Michael Schmidt, one of the reporters to break the news of Petraeus' potential plea deal, also authored the Times' report on Hillary Clinton's use of a private email account to conduct government business while she was secretary of state.