"The truth is no one can speak for all Jews" 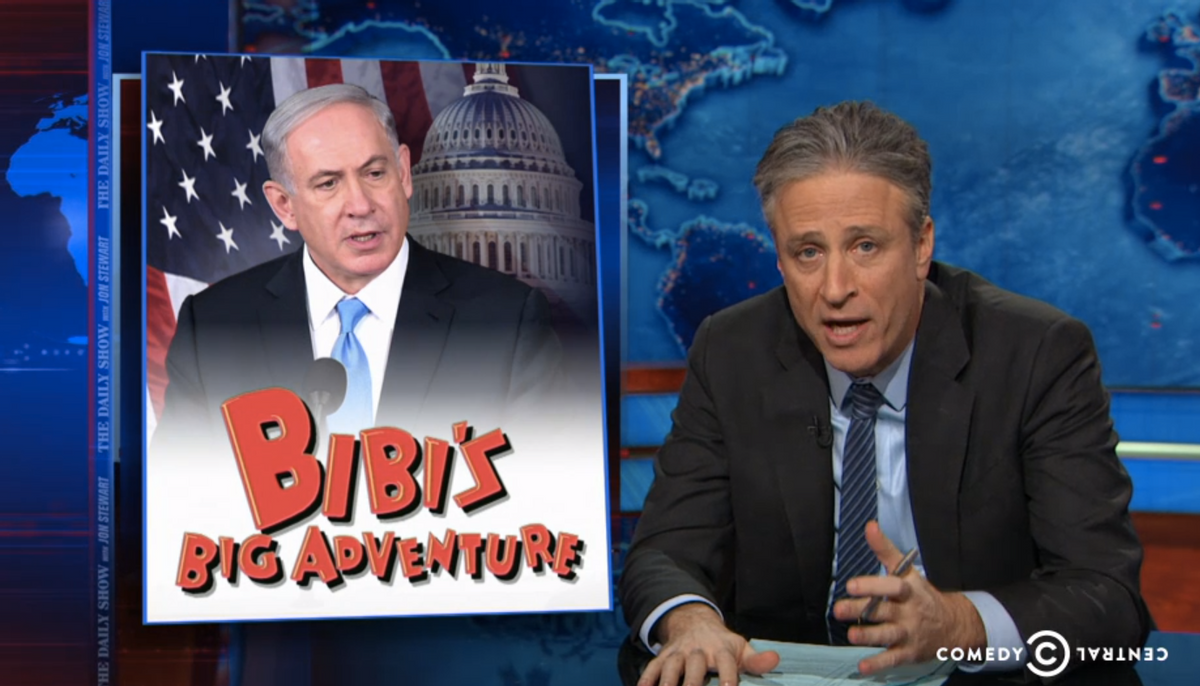 On Tuesday night, "The Daily Show" tackled Israeli Prime Minister Netanyahu's speech to Congress -- the one that House Speaker John Boehner invited Netanyahu to give without consulting the White House.

"Daily Show" host Jon Stewart took aim at all parties involved in this disrespectful spectacle of political showmanship: Boehner was ridiculed for poking the White House in the eye, Obama was mocked for his calm public reaction, Netanyahu was lampooned for getting Iran and Iraq wrong so many times before, and members of Congress were teased for their ridiculously long standing ovations.