Netanyahu blew it: How he misunderstood Congress & inadvertently ruined his own goals

Before Netanyahu's speech was announced, Congress was willing to thwart Obama's plans. Afterwards? Not so much 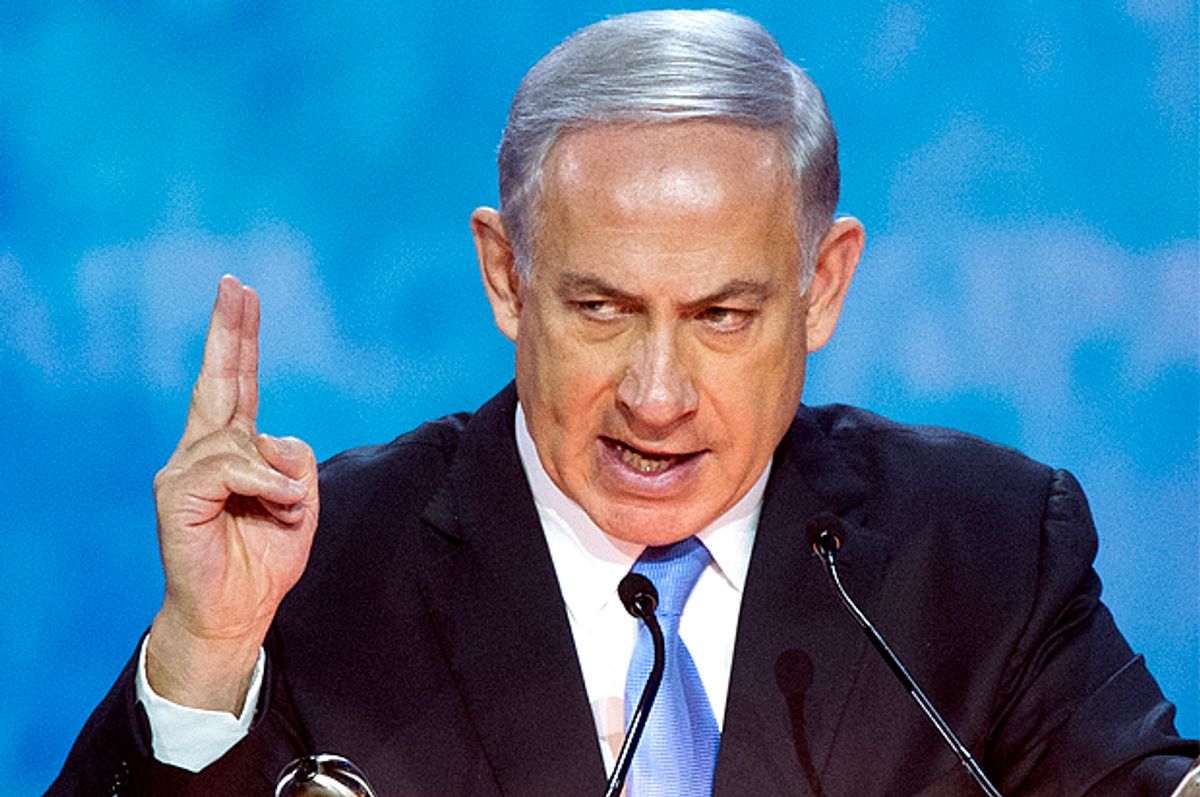 Israeli Prime Minister Benjamin Netanyahu had two goals for his address to Congress. The first was to boost his chances for reelection in a couple of weeks by showing off his sway abroad. I am not enough of an expert in Israeli politics to know if this will work on net, but the controversy that it sparked might cut against whatever gains it made. The second goal, however, was to lobby Congress to use its power to sabotage a nuclear deal with Iran. On this count, he's failed, because he critically misunderstands how American politics works.

If Netanyahu hadn't thrown himself into the situation -- perhaps that was impossible for him, given his ego -- he might have gotten his desired results out of Congress. Had Netanyahu not gone so out of his way to attack the Obama administration, Congress may not have reverted to the partisan posture on two Iran-related bills that had looked like they had a decent chance of making their way into law.

Israel has a lot of friends in Congress. Have you heard? There are many, many Democrats willing to do exactly what Israel wants at any time. Perhaps the only way that Israel can screw this up is to launch a direct, overt assault on the head of the Democratic party. Israel's hold on Congress is not so strong that Democratic members will choose Israel over their own president.

And that's what Netanyahu has made them do: rush to the defense of President Obama, even if they had been willing to diverge from his foreign policy approach.

This first came up shortly after the speech was announced, when the Senate was on the cusp of pushing through a new round of sanctions against Iran. Despite President Obama sharp warnings that this would derail negotiations with Iran at a critical juncture, about a dozen Democratic senators, led by Sen. Bob Menendez, were moving ahead anyway.

But as soon as Netanyahu accepted Boehner's invitation to speak, acknowledging quite openly his goal to persuade a veto-proof majority of lawmakers to vote in favor of the sanctions bill and thereby disrupt negotiations, he thwarted his own objective. Democrats who had been sitting on the fence opted to give the administration more time before bringing up the bill. They signed a a joint letter to the White House promising not to vote for a sanctions bill before March 24, the deadline for P5+1 negotiators to reach a preliminary framework on a deal with the Iranian foreign minister.

Then there's the other bill, authored by Republican Sen. Bob Corker. This would allow Congress to approve or disapprove on any deal struck with Iran, i.e. it would let Congress kill a deal with Iran for political sport. President Obama issued a veto threat on it but, as with the sanctions bill, this one potentially had a veto-proof majority.

Now, thanks to Netanyahu and Mitch McConnell, it might not even have the support of its Democratic co-sponsors.

McConnell has announced that he'll bypass committee and bring the Corker bill straight to full chamber for a vote. The idea is to ride whatever wave Netanyahu brought to Congress. Or, as Politico puts it, "McConnell and Senate Republicans want to show Benjamin Netanyahu that their support of his big speech to Congress wasn’t just talk."

This decision infuriated the Democrats who had previously supported or even helped author the bill. Menendez is now saying that he's prepared to vote against the bill if it's brought up without first going through the Senate Foreign Relations Committee (where he happens to be ranking member). Virginia Sen. Tim Kaine argues that "the effort by the Republican leadership to force the bill to the floor prior to full committee consideration is contrary to the important interests at stake." He added that the move "disrespects the ongoing work to build a broad coalition of colleagues in support of this bill."

And that's the key thing here: after Netanyahu's egregious affront to the president, Democrats who were inclined to jump on these measures are now looking for excuses to bail -- at least until negotiations have played out -- and McConnell just handed them a great one. Mitch McConnell is a smart guy, so he must have known that this would be the reaction. He wants to either jam Democrats into supporting the bill anyway, or at least score a few points by showing them to be "hypocrites" for turning tail.

All Congress ever needs is a light breeze for a once-bipartisan issue to descend into typical partisan gamesmanship and gridlock, and Netanyahu swooped in with a great big shove. Those who hope that negotiations can play out and a deal can be struck should thank Netanyahu for his clumsy understanding of Congress.