Oldest human fossil found in Ethiopia, predating others by 400,000 years

The left side of a lower jaw is thought to be part of the Homo lineage and dates back 2.8 million years ago 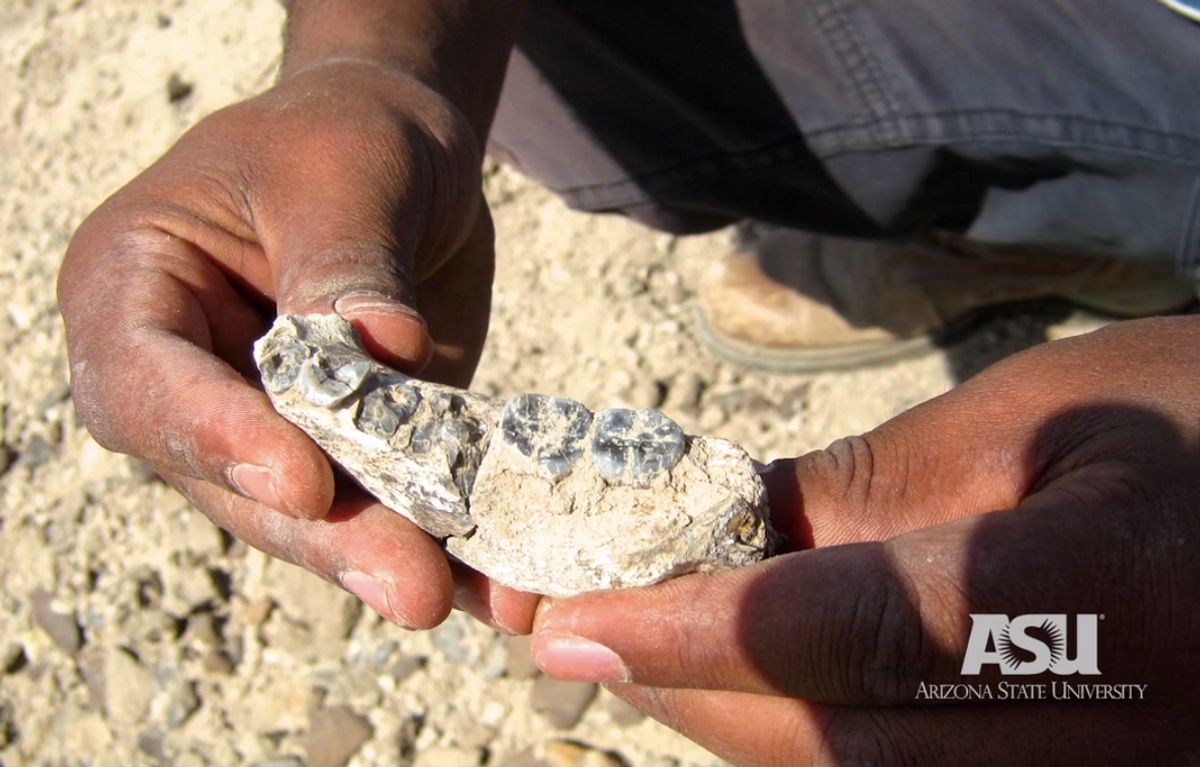 Scientists uncovered the oldest known fossil evidence of the human lineage -- or members of the Homo genus. The fossil -- the left side of a lower jaw -- was found in Ethiopia by Chalachew Seyoum an Arizona State University graduate student from Ethiopia. It has been dated to 2.8 million years ago -- 400,000 years earlier than other fossils in the Homo lineage. Results of the study were published online today on Science. From Arizona State University:

"Researchers have found fossils that are 3 million years old and older. The most famous example of those human ancestors is the skeleton of Lucy, found in northeastern Africa in 1974 by ASU researcher Donald Johanson. Lucy and her relatives, though they walked on two feet, were smaller-brained and more apelike than later members of the human family tree.

"Scientists have also found fossils that are 2.3 million years old and younger. These ancestors are in the genus Homo and are closer to modern day humans."

Little been unearthed in between these two time periods, until this jawbone, which scientists hope will help fill in the evolutionary gap.

"So this new discovery pushes the human line back by 400,000 years or so, very close to its likely (pre-human) ancestor," Kimbel continued. "Its mix of primitive and advanced features makes the Ledi jaw a good transitional form between (Lucy) and later humans."

Attached to the jaw fossil are five teeth. These teeth -- especially the back molars -- give clues about the ancestry of the fossil, according to Kimbel. "The back molar teeth are smaller than those of other hominins living in the area and are one of the features that distinguish humans from more primitive ancestors," BBC reports.

"One of the persistent questions that people have, and not just specialists, but everyone wonders about where did we come from? What are our ultimate origins?” Kimbel said in a statement from Arizona State University. "And paleoanthropologists such as myself are dedicated to the mission of filling in the story of our origins through the finding of fossil evidence in remote places like Africa. That’s where we go every year to do our research and we are rewarded this time with a very important specimen that answers one aspect of this pressing question."

Watch a video from ASU below: