The Clinton gray area: Sitting in between a scandal and a non-story

Hillary's email practices don't reflect well on her, but let's not let the Clinton "scandal" narrative take over 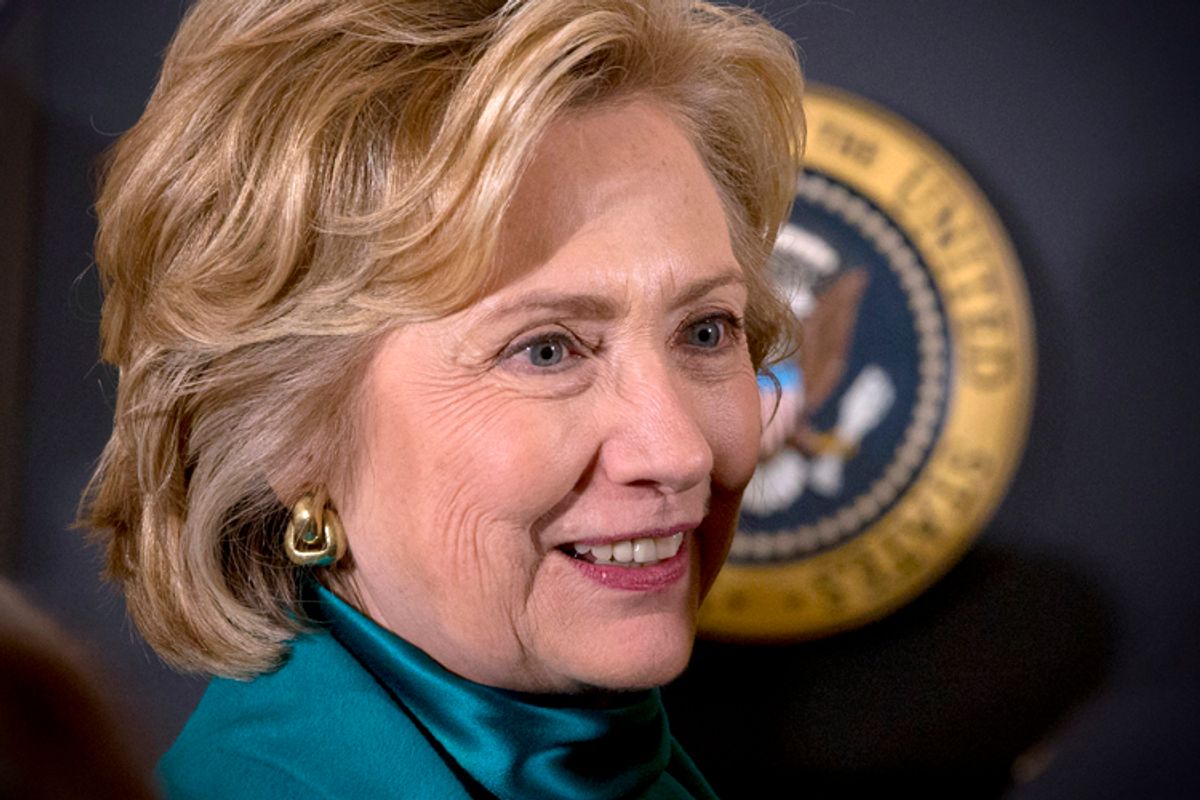 The Clintons seem to find it very comfortable existing in the gray area. The two big Clinton-centric stories of the past couple of weeks – the Clinton Foundation’s foreign donors and the revelations about Hillary Clintons email practices while Secretary of State – both revolve around conscious decisions by Hillary and the people around her to float around in the space between “strict adherence” and “direct violation” of ethical principles and good government practices.

With regard to the foreign donations, the Clinton Foundation tried to do just enough to avoid flagrant conflicts of interest while Hillary was serving as secretary of state. It agreed to refuse new donations from foreign governments (an agreement that was broken at least once) but “allowed governments that had previously donated money to continue making contributions at similar levels.” Once Clinton left the State Department, the foundation resumed taking new donations from foreign governments even as Hillary positioned herself to run for the White House.

While not illegal, the practice raises huge ethical concerns, which the foundation tries to sidestep by asserting their transparency when it comes to disclosing donors. Yes, the foundation is unusually transparent, but that has little bearing on the fact that government entities from around the world are throwing money at a charity run by a person who stands a more-than-credible shot of being the next president.

And now the New York Times reports that Hillary, while serving as secretary of state, used her personal email address to conduct official business and may have not been in full compliance with federal regulations mandating the archiving of all official communications (this point is in dispute). The AP expanded on the Times report, noting that Clinton ran her own email server out of her home in Chappaqua, New York. Using a non-governmental email address meant that there would be no automatic archiving of Clinton’s official communications. When it came time to turn over her email records to the State Department, Hillary’s aides examined the records and decided which emails the State Department would get, which is problematic for reasons that don’t need explaining.

Clinton’s aides defended Clinton’s email policy, arguing that whatever emails she sent to (or received from) State Department employees using government accounts would be automatically retained. But that’s a bit of an absurd policy with a massive, glaring flaw: it completely excludes her official communications with people who don’t use government email. Gawker, which first reported on the existence of Clinton’s email account, highlighted how this loophole was exploited when Hillary communicated with longtime Clinton loyalist Sydney Blumenthal about the Benghazi attacks. Those emails certainly qualify as “official business,” but it was conducted via two non-government email accounts, and so when Gawker filed a FOIA request to obtain the messages, the State Department said they didn’t exist.

Again, this was the gray area that Hillary chose to occupy. It was perhaps closer to transparent than not, but she created conditions that allowed for opacity and the potential for abuse. And while the press scrutiny of these practices is needed and warranted, there’s a point to be made about how these stories are covered, given that this email flap has spent the past 36 hours being treated as a full-blown runaway scandal.

The Clinton email story is powered in part by the facts surrounding it, but it also gets a substantial boost from existing and insoluble preconceptions about Hillary specifically and the Clinton machine in general – they’re secretive, Machiavellian, ruthless, and generally willing to do whatever it takes to secure power and advantage. This is, in horrible pundit vernacular, the “narrative” about Hillary, and the mere fact of its existence was cited by Times reporter Michael Schmidt as a justification for writing the story. “There’ve been questions about the Clintons over the years, about their transparency and secrecy, and this feeds into [the] narrative,” he said on Morning Joe.

There’s a maddening instinct among pundits and reporters to see these qualities as somehow uniquely Clintonesque. Part of being a high-level politician is finding ways to thwart transparency and assert control over what bits of information are made public. Jeb Bush is being lauded for his decision to release a trove of emails from his time in office, but like Clinton he used a personal email address, and when he left office he hand-picked which messages would be turned over to the government archives. The problem is universal and thwarts most efforts to fix it. It generally only comes back to bite politicians when they pledge to hold themselves to higher standards (Barack Obama, for example) or, like Clinton, they're locked in constant battle with an existing media narrative.

Pundits also tend to view the Clinton narrative as the most significant thing about Hillary. This email flap is precisely the type of story that pundits relish because it has little to do with policy and is basically an invitation for them to vent some spleen and cluck their tongues because “there go the Clintons again.” National Journal’s Ron Fournier wrote a column questioning whether Hillary should be president because, with the Clinton Foundation and email stories, “we've had sleazy and stupid—and, now, with these emails, suspicious.” I didn’t think Mitt Romney would be a bad president because he refused to release his tax returns; I thought he would be a bad president because he wanted to cut spending on social programs to finance a tax cut for the rich. In that same way, Hillary’s email practices are interesting and problematic, but they don’t say a whole lot about what she’d do to reduce income inequality or prevent Iran from obtaining nuclear weapons.

I’m all for forcing the Clintons out of their gray-area crouch, but approaching every Clinton story as a mega-scandal-in-waiting because it "feeds into the narrative" is ultimately counterproductive. And as the New Yorker's John Cassidy notes, the "scandal" as it exists now lacks a juicy and specific example of actual wrongdoing. That's not to say journalists should stop digging, but let’s maybe try and pace ourselves a bit here and not get carried away. There isn’t even an official Clinton campaign yet and there’s more than enough time to devote to scandals, both real and imagined.