Behold, the most outrageous bar mitzvah invite you've ever received

Would you attend this bar mitzvah? 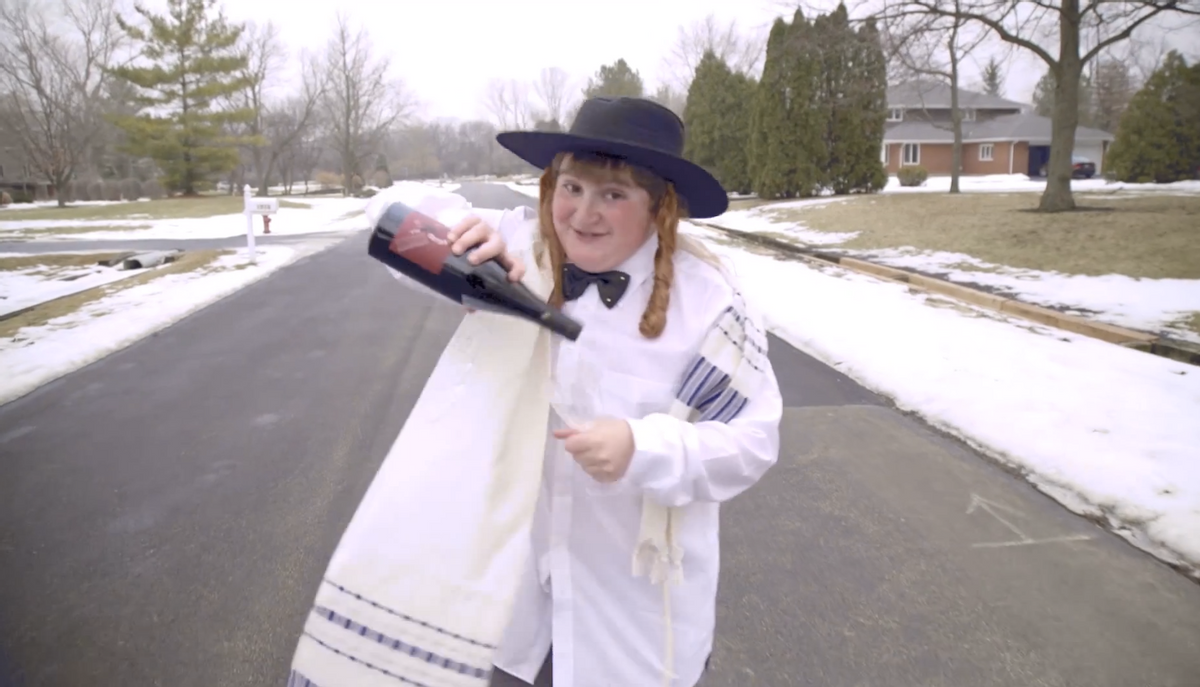 We've seen many over-the-top bar mitzvah videos  make their rounds on the Internet in the last several years, but none of those matter today. There is only one bar mitzvah video that matters (and ever will matter): This absurd, pop culture mash-up from Brody Criz. It's enough to chase away any vaguely interested synagogue congregant from attending a coming-of-age ceremony.

Brody the bar mitzvah boy isn't settling for a paper invite with some calligraphy on it. That'd be way too pedestrian. He's going to record a video parodying all of the biggest names on the Billboard charts, and fully immerse himself in each and every character: There is wig-wearing for Lorde's "Royals." There is even some disturbing surprise nudity to go along with Robin Thicke's covered-to-death "Blurred Lines."

Throw in some pug-holding and "Let it Go"? Voilà. Criz has created himself some spectacular viral bait.

Would you attend this bar mitzvah? Let us know in the comments.