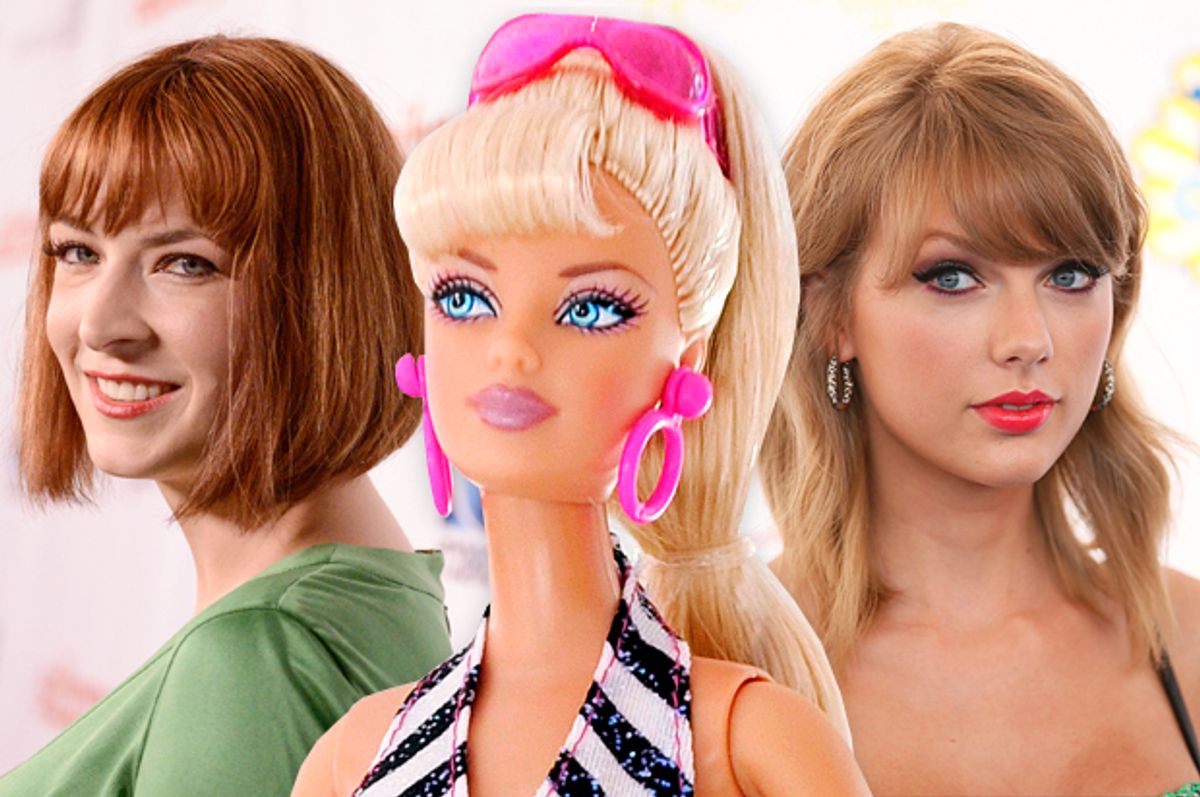 Diablo Cody is set to write the next draft of a live-action version of "Barbie," which sounds so positively ludicrous I am gleeful just typing the words. Last year, following the wild success of "The Lego Movie," Sony Pictures made a deal with Mattel, the makers of the iconic fashion doll, to launch what it hopes will be a global film franchise. "Sex and the City" alum Jenny Bicks was tapped to write the first draft, but now Cody will join the project -- and it's nothing less than a fascinating and potentially hilarious choice.

Cody's nontraditional storytelling and equally nontraditional background seem to be what have drawn producers Walter Parkes and Laurie MacDonald to the Academy Award-winning screenwriter, who worked as a stripper before writing "Juno." "Diablo’s unconventionality is just what Barbie needs,” Parkes told Deadline. "It signals we’re going for a legitimately contemporary tone. We’re bringing her on because she had great ideas, but even more importantly, she truly loves Barbie."

If that's the case, then it's likely Cody will reshape the squeaky clean doll into a relatable and inspiring heroine -- which is essentially the opposite of what square-even-to-those-who-love-her Barbie has (almost) always been. The toy has been criticized in recent years for presenting unrealistic and problematic representations of the female body, and has increasingly come to be seen as damaging to young girls. Nonetheless, Barbie has always been goal-oriented -- the doll has had an estimated 150 careers, after all -- and that seems to be the characteristic Sony and the producers hope to underscore with the new franchise. And for a film aiming to have "Lego Movie" appeal to broad audiences of kids and adults alike, a message of female empowerment is always welcome.

But, in bringing Cody on board, it would seem the studio is also looking to make Barbie...cool? Is that even possible? Barbie's entire image is predicated on perfection, with very little room for the edginess that makes Cody such a gifted screenwriter and has no doubt contributed to the success of her films. The "Barbie" franchise might have to be a complete departure from the toy we all know and so many still love (the brand brings in an estimated $3 billion annually), which wouldn't necessarily be a bad thing. But that's also a huge risk, which could either be spectacular or a spectacular failure.

Screenwriter and themes aside, though, the "Barbie" movie development also raises several other very important questions: Who will play Barbie? How much money would Sony have to throw at Taylor Swift to get her on board and force her to wear massive prosthetic breasts? Is this whole project really a good idea? I mean, maybe it could be with T. Swift: aside from being Barbie-like in balancing her drive with being saccharine and yet (somehow) still cool, the pop star's real life sort of mirrors the "modern-day Mary Poppins" idea the producers have for the movie. After all, what could be more Barbie-like than being tall, blonde, successful, beloved by girls and sweeping in to pay your fans' student loan bills? Maybe this should just be a documentary.