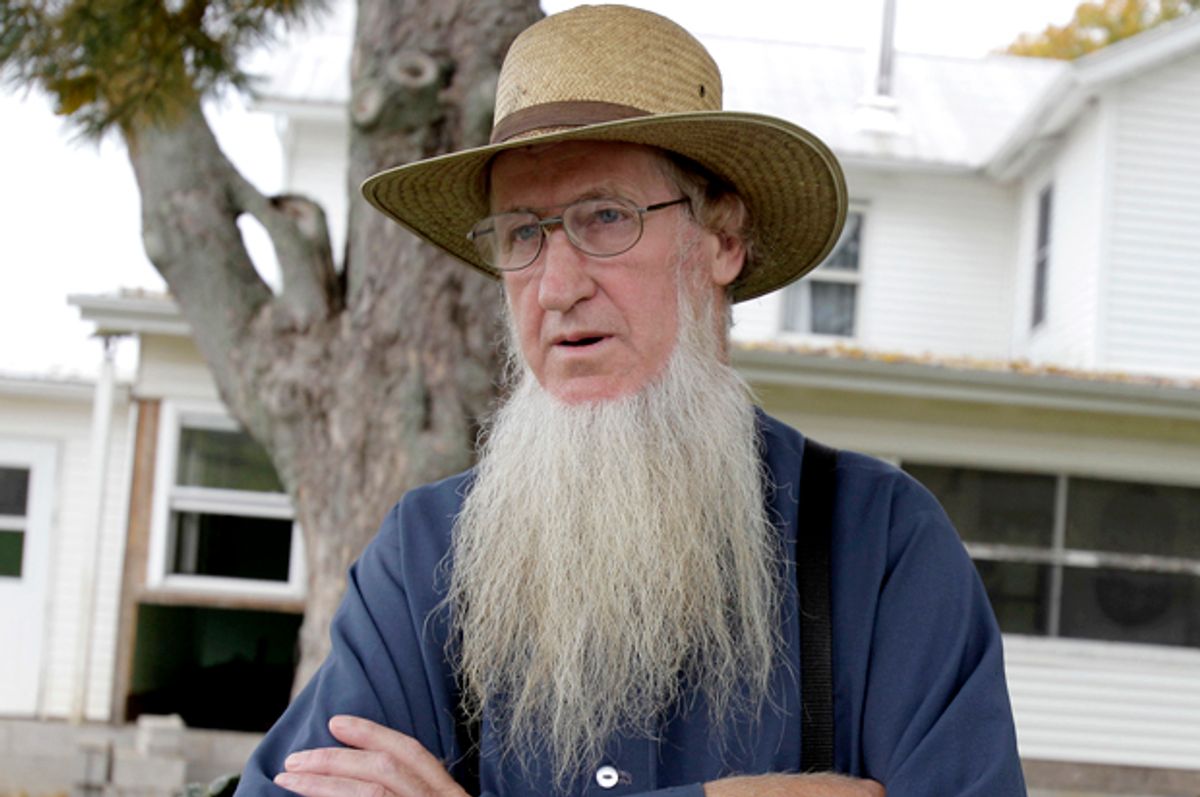 The leader of an Amish splinter sect in Ohio had his prison sentence reduced by one-third Monday after a federal appeals court ruled a jury was given improper instructions before deciding it was a hate crime to forcibly shave the beards and hair of members who tried to leave.

Samuel Mullet, 69, was given a modified sentence of 10 years and nine-months by U.S. District Judge Dan Polster, who in February 2013 had originally sentenced Mullet to 15 years. The case was the first in Ohio under the Matthew Shepard and James Byrd Jr. Hate Crime Prevention Act enacted in 2009.

The resentencing was ordered after the 6th U.S. Circuit Court of Appeals, based in Cincinnati, overturned the hate-crime convictions of the Amish bishop and 15 of his followers. The appeals court did not say that prosecutors misused the federal hate-crime law, as defense attorneys argued, but found that the trial judge had given improper jury instructions.

Before re-sentencing Mullet, the federal trial judge said it was clear to him that the beard cuttings were religiously motivated, even if the convictions were overturned, the Cleveland Plain-Dealer reported.

Mullet’s followers have all been released from prison after serving sentences ranging from one year and a day to seven years.

The convictions stemmed from a series of four attacks ordered by Mullet in Trumbull, Holmes and Jefferson counties in Ohio between Sept. 6 and Nov. 9, 2011.

The FBI was called in to investigate the assaults as a federal hate crime and determined the attackers took photographs during the assaults “to memorialize the appearances” of the nine male and female victims. The attackers buried their disposable camera near a tree on Mullet’s property, but it was recovered by the FBI.

The beards and hair of the victims were cut to disgrace the victims as punishment for “previous and ongoing religious disagreements” with Mullet and his followers in Ohio, federal investigators concluded. But defense attorneys argued that the beard-cutting didn’t meet the definition of a hate crime, which they said required a religious motive and bodily injury, including disfigurement, for a conviction.

The defense claimed the beard cuttings were motivated by love and compassion intended to compel the victims to return to a conservative Amish lifestyle under Mullet.