The actor was the only person on board the aircraft, which crashed near Los Angeles 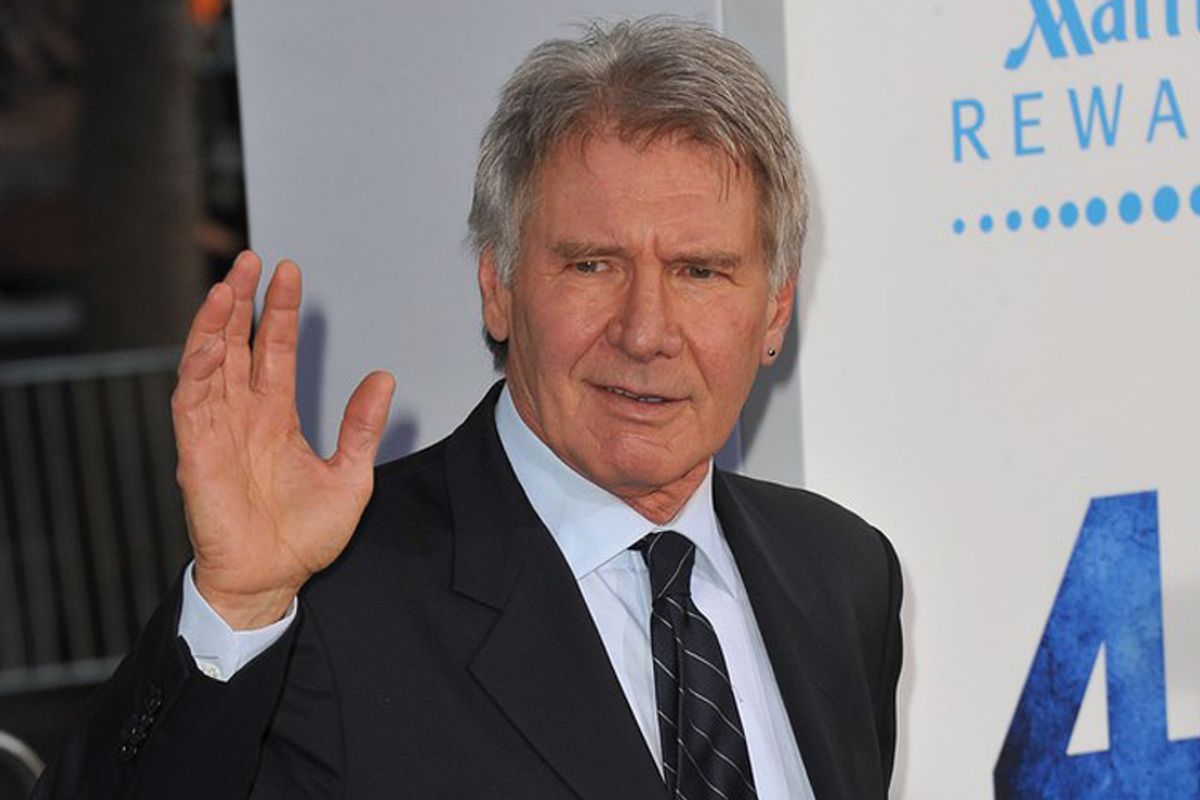 Updated: Deadline now reports that law "law enforcement officials tell Deadline that the actor is in stable condition at a local hospital after the 2:30 PM crash at Penmar Golf Course" and The Hollywood Reporter reports that at a press conference, Patrick Butler of the Los Angeles Fire Department said "the patient," whom they did not identify as Ford, was "alert, conscious and breathing" and characterized his condition as "fair to moderate."

Earlier this evening, reports said Harrison Ford was being treated for head injuries after first walking away from the airplane he crash-landed on a golf course in Venice, Calif. The 72-year-old actor and experienced pilot was transported to a nearby hospital.

TMZ broke the news: "We're told Ford suffered multiple gashes to his head and was bleeding. Two doctors who happened to be at the golf course rushed over to treat the actor." According to TMZ, this isn't his first rough landing — the airplane and helicopter pilot has had some close calls before.

NBC News reported that while initial reports described Ford's condition as critical, "sources emphasized they are better characterized as serious, including lacerations to the head and possible fractures."