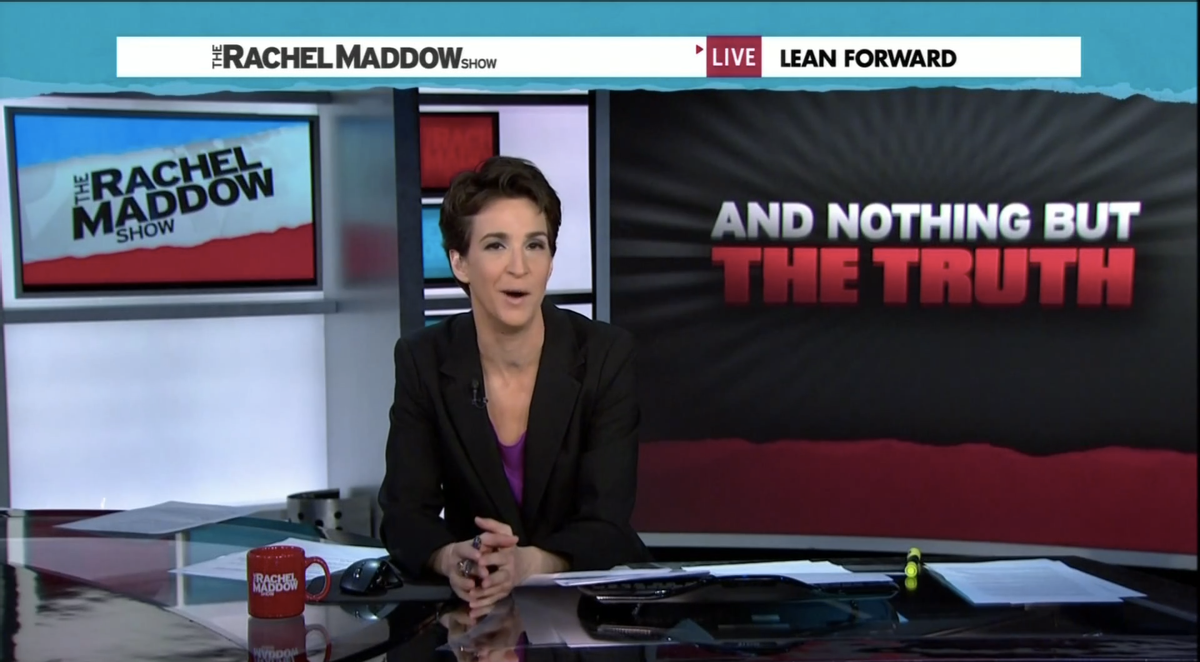 Fox News anchor Bill O'Reilly has managed to maintain the generally unwavering support of his cable network, despite report after report claiming that he has fabricated a number of his most frequently-cited reporting experiences (including his reporting from a war zone in the Falklands War and amidst riots in Los  Angeles -- neither of which happened). It probably doesn't hurt that his show is the highest-rated program on all of cable news.

On Wednesday's edition of "The Rachel Maddow Show," host Rachel Maddow used the O'Reilly scandal to demonstrate what is really wrong with cable news.

"Sometimes cable news really does go a bit wobbly, we lose our way a little bit," Maddow said. "We fail at what we are supposed to do. Which in the broadest possible terms is we're supposed to provide useful and accurate information about the news to the American people."

"We contacted the Fox News Channel again today to ask if they would give us any comment on the substance of these allegations. In what was a very unexpected and also, I should say, amusing development, they didn't-- we asked them for comment on the substance of the allegations, what they sent us was a lot of information about how great Bill O'Reilly's ratings are. And yes! Your ratings are great. I've seen your ratings shoot my ratings in the head. Well, I've seen pictures of that, I should say."