In March 2010, OK Go's "This Too Shall Pass" blew us away with its single tracking shot. Our look back: 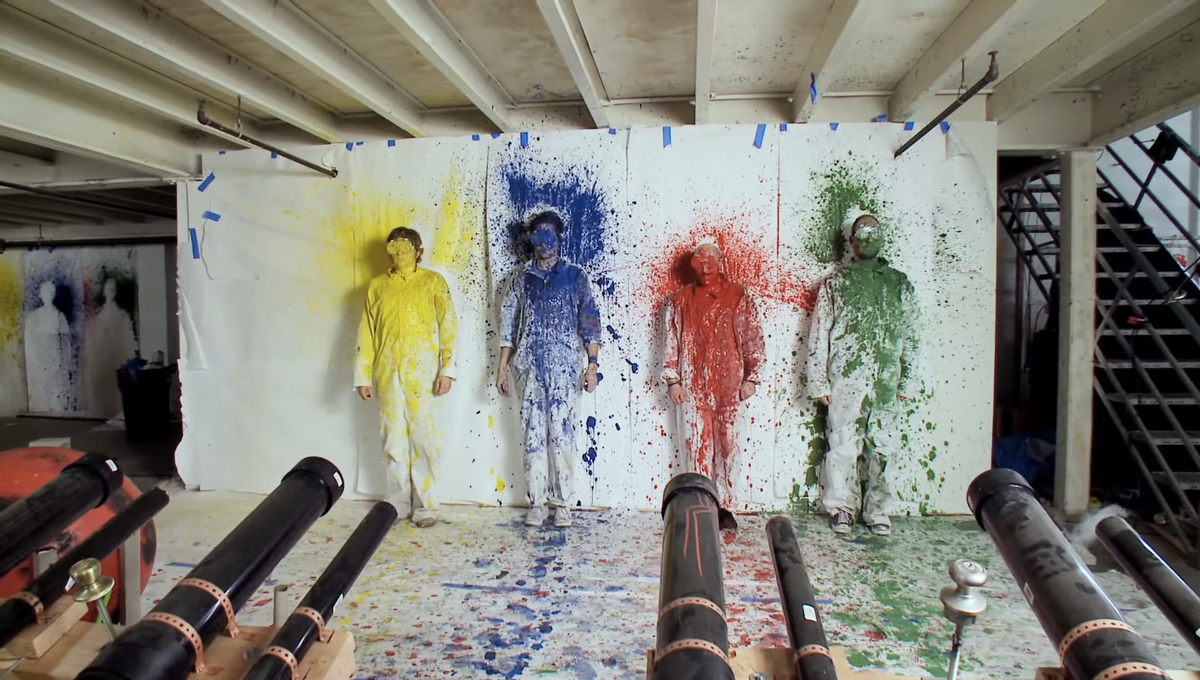 Here’s what was buzzing around the Internet for the week of March 5, 2010:

A single Rube Goldberg machine cast a spell on the Internet in March of 2010. It was the brainchild of Chicago outfit OK Go and functioned as a creative POV device for the "This Too Shall Pass" music video. That video, as you'll likely recall, used a single tracking shot to take the viewer through a sprawling four-minute journey around a warehouse in the Echo Park area of L.A. It knocked over dominoes, whipped past wind socks, destroyed a piano -- and then for the big closing, decimated the band with paint balls.

Five years later, with a dozen more mega-viral music videos under their belt, it almost seems inconceivable to have an OK Go that doesn't include big-production music videos. (Without those, the band would just be OK.) But that's also because the band has historically used music videos in such a different way than most. Frontman Damian Kulash spoke with Vulture back in 2010 on the heels of OK Go's explosive viral success with "This Too Shall Pass" and explained that the band is always thinking about how a song is going to translate as a music video -- even as that song is in its infancy. Kulash also dished on the big price tag that came along with this project. After all, this was the second music video OK Go had made for the song "This Too Shall Pass." (The one with the marching band came first).

"Our first video was financed by EMI and had a big-time director," he said. "The label called the shots and we got billed for over half a million dollars. Let’s just say we could have made three videos for 'This Too Shall' pass for that amount of money."

It's not just a feat that OK Go was able to undertake this endeavor financially -- but also, that they were able to manage the great deal of time and labor that would come with it. According to Kulash, the music video required over a hundred takes. "The hardest task was keeping the machine in time to the song — we just couldn’t screw that up," he said. The machine, alone, would involve a month of all-hands-on-deck engineering. According to Wired, 55 to 60 people worked on the project in total and 30 were there just to help reset the machine after each run.

Below, you can take a look at what went into the production of this video that now boasts nearly 47 million views.

See also: what was buzzing around the Internet for the week of February 26, 2010