"I assume it leaves an incomplete record of her time, or does not allow for proper oversight" 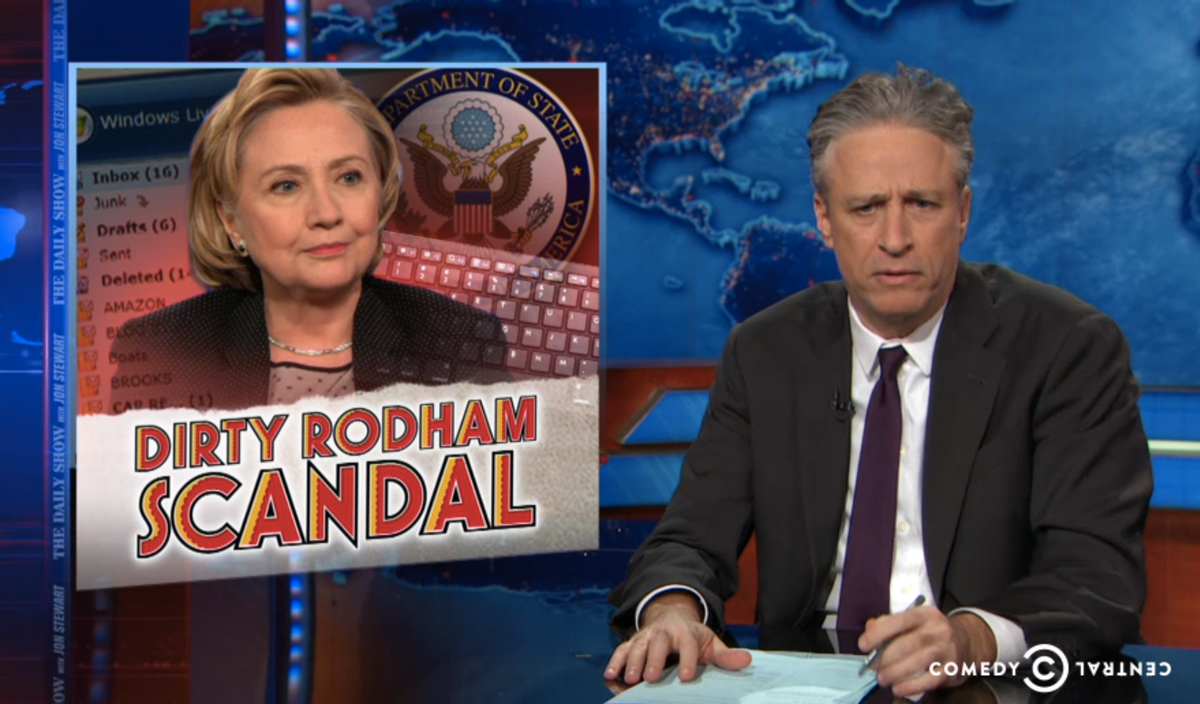 The comedian wasn't all too fussed about the scandal given that supporters would still vote for her, and Republicans still think she and Bill Clinton are "treasonous, murdering grift-asauruses."

However, Stewart did point out how Hillary's use of a personal email address (as opposed to an official dot gov address) does tamper with transparency and government oversight.

"I think the concern there is that the aids are the ones who get to decide, which emails are appropriate to be shared as opposed to an independent arbiter," Stewart stated. "That's why Doritos doesn't get to decide which ingredients consumers need to know about, or why you don't get to tell the cops which pockets to search."