Alaska's had such a warm winter, the Iditarod was forced 225 miles north 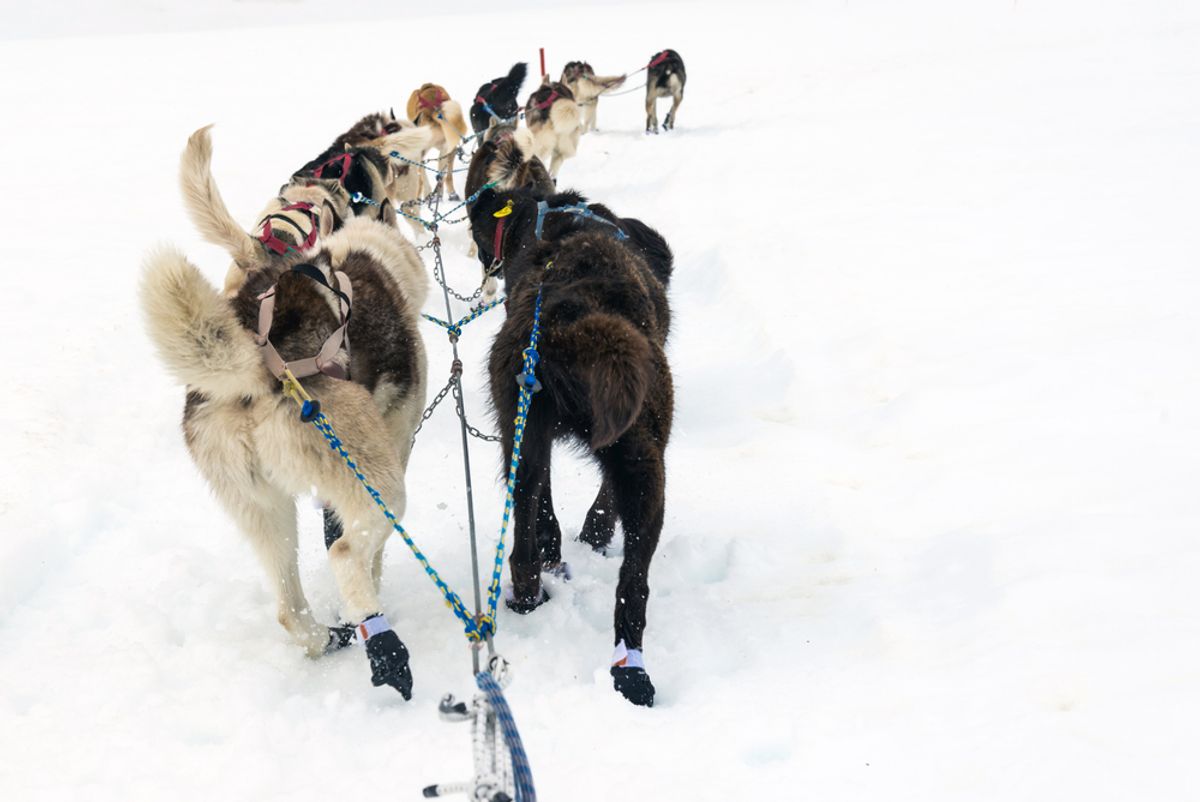 The East Coast of the U.S. may be buried in snow, but our northernmost state has been undergoing a relatively toasty winter. And with snowfall in Anchorage at only a third of what's normally seen at this time, Alaska's Iditarod being moved north for just the second time in its 42-year history.

The Associated Press reports that the official start of the race, which begins this Saturday, is being shifted 225 miles north from south-central Alaska to Fairbanks. That's good news for rookies, but not so much for old pros who are now going to have to make do in unknown territory.

"Nobody has a plan," said race director Mark Nordman. "You're not going to be stopping and putting your snow hook into the same tree you had the last 20 years. It's a whole new ballgame."

In recent years, the biggest challenges of legendary race haven't come from blizzards and frigid temperatures, but from their absence. The weather was milder than usual last year too, diminishing the area's snowpack; as a result, some 500 miles of track consisted of bare ground, ice and water -- what one racer called "the roughest conditions I've ever seen." This year, they're reportedly worse.

“There’s boulders and rocks that we’ve never seen there in 20-some years that are littering all the gorge, places that you’d never even see a rock because you’re going over feet of snow going through there," Aaron Burmeister, a member of the Iditarod Trail Committee, argued during a special meeting to discuss the location change. "This year, you’re looking at bare ground.”

In 2013, temperatures were in the 30s and 40s -- far above the sub-zero ideal. The first time the race moved north was in 2003, a "drastic" change prompted by similarly unseasonable weather.

This year's heat is being blamed on the jet stream, which has been allowing cold air to flow down to the continental U.S. while delivering warm air from the Pacific, meteorologists told the AP. Experts are still debating the influence of climate change on this phenomenon, but there's no denying that the overall trend of global warming is being felt in Alaska, which is heating up at twice the rate of lower latitudes -- average temperatures have gone up 3.4 degrees Fahrenheit in the past 50 years.

If the Iditarod manages to go on another 42 years, it seems likely that location change will have to be made permanent.