Bill O'Reilly subtly responds to criticism by bragging about own ratings

"If MSNBC or liberal talk radio were political candidates, they'd lose every election" 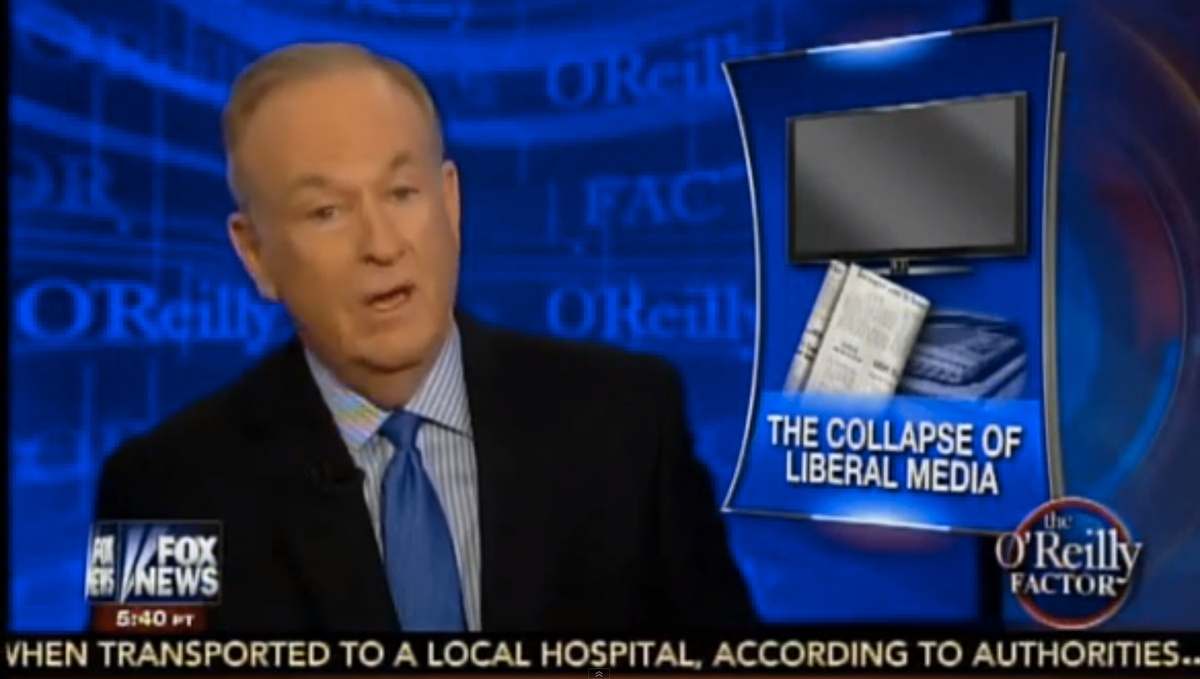 On Wednesday evening, Rachel Maddow took just under ten minutes out of her show to address controversy surrounding Fox News host Bill O'Reilly, who has been repeatedly accused (and found guilty of) fabricating some of his most frequently cited stories from his days as a reporter. Not only did Maddow put O'Reilly on blast for violating the first tenet of reporting (that is, telling the truth), but she also shamed Fox News for responding to her producers' repeated requests for comment with information about ratings. O'Reilly has the biggest ratings of any news host, so a few lies don't really seem to matter all that much.

Bill O'Reilly ostensibly responded to Maddow's segment on his show on Thursday evening-- and only talked about how crappy MSNBC's ratings are because they do nothing but lecture ("They take themselves very seriously,"). Could he have missed the point any more aggressively?

O'Reilly needs to learn the tough truth that journalists are actually expected to be boring and honest, as opposed to a lying clown.