Harper Lee to a pesky journalist: "Go away!"

When an Alabama journalist practically stalked Lee for an interview, she had to put her foot down 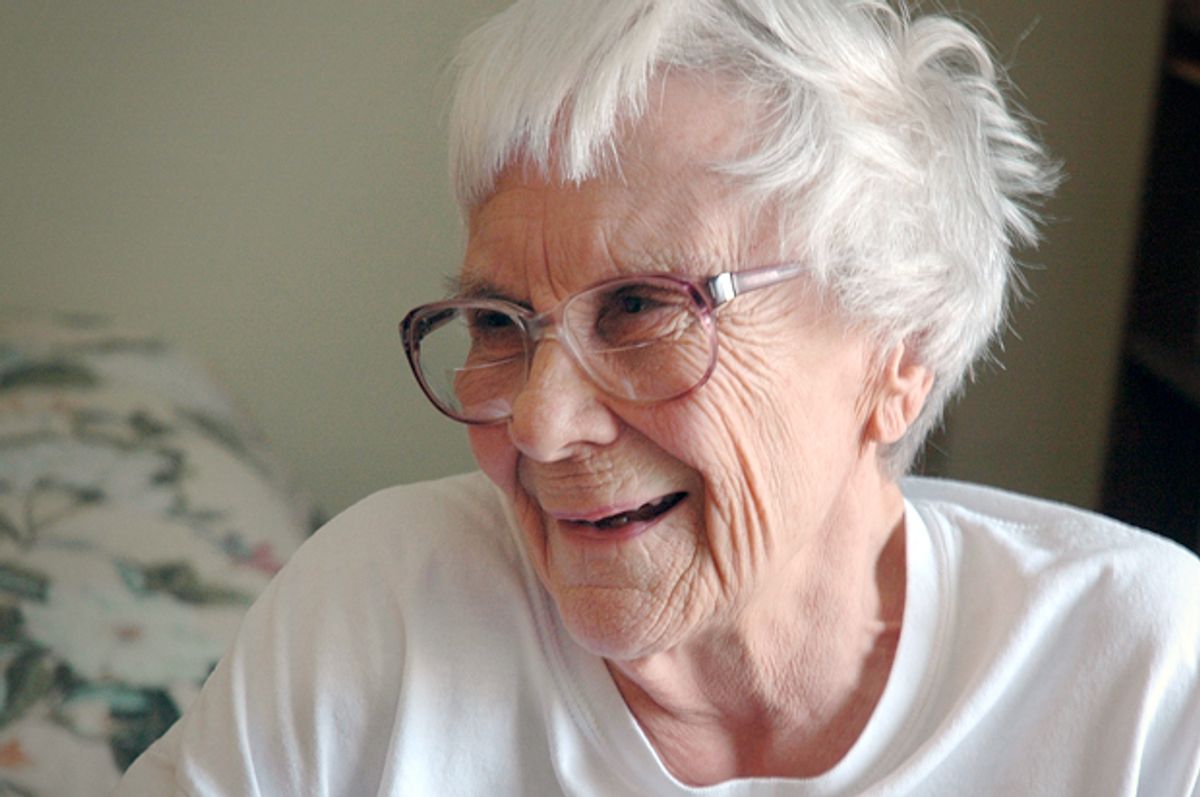 Last month, bibliophiles were stunned after learning that the prequel to Harper Lee's classic "To Kill a Mockingbird" would be hitting shelves this year. Ever since, journalists have been flocking to Lee -- the 88-year-old media-shy author -- to get her piece of the narrative.

The Alabama journalist Connor Sheets tested the author's patience after firing off countless requests for interview to her lawyer and publisher  (each met with rejection). Finally, he resorted to reaching out to Lee, personally, at her old care facility, asking point-blank whether or not she was lucid. You know -- to gauge how much agency Lee had in the matter of publishing the prequel.

Sheets later wrote in an AL.com post that he wanted to use his experience with Lee as a cautionary tale for other journalists. You can read the risque letter that prompted this response from Lee below:

Hello, my name is Connor Sheets. I am an investigative reporter with the Birmingham News who just moved to the Magic City from New York City (the East Village to be specific) 12 days ago. I'm sure you probably want to throw this letter out right now and get on with your day, but I hope you can give me a few moments of your time and read this letter over before you do so.

I stopped by Meadows of Monroeville yesterday hoping to speak with you, though I knew you would almost certainly decline. But instead of being told that you had requested not to see visitors, I was instead informed by a uniformed security guard that the only way I would be permitted to speak with you would be by going through your lawyer. He told me no visitors are allowed to speak with you without the express consent of Tonja Carter.

I am writing you today because I spoke with a number of people yesterday in Monroeville who have known you to various degrees over the years, and most of them are concerned about you and what is happening with "Go Set a Watchman" and your legacy. Janet Sawyer, owner of the Courthouse Café is worried that you are being manipulated into publishing the book against your long-held wishes. Some other folks worry that you are not mentally sound enough to make decisions about your career. Many worry that maybe you are being exploited.

No one wants to believe these things, but all we have heard from you since the announcement that you would be releasing a second novel is statements through Carter and your publisher. The people who love your work would love to hear what you have to say in your own words, to hear it straight from you and not through the filter of an intermediary. I realize you may never receive this letter, and that if you do you will likely crumple it up, throw it in the garbage, and never think of it again (I've read that "Hell no" has been one of your preferred responses to journalists' inquiries over the years. Fair enough, I wouldn't be offended if you repeat that phrase to me, I and others just want to know that you're getting our inquiries and not being shielded from them by unwelcome interlocutors.)

If you would either call me at the number listed below or write back to me at the address listed below and provide some insight into how you decided to publish "Go Set a Watchman," what led you to choose to do so this year, and otherwise let the public know what you have been up to, I believe that would help clear your name and inform people that you are indeed still a lucid woman and artist. Or if you'd prefer, simply say you are not accepting inquiries and we can leave it at that. Everyone would know you are making your own decisions and the rumors would be proven false.

Anyway, I will leave it at that, and do know that I love your work and that I too have written a novel that I've never let anyone read, as I believe that putting it out there, even if very few people read it, would bring attention to my inner life that I choose not to bring upon myself. I can't imagine what that was like for you back in the sixties.

I hope that you'll respond, even if it's just to say, "Heck no -- go back to New York." And if not, I do wish you good luck. We are all looking forward to reading the second Harper Lee novel, but only if you really want us to. Thank you, I'm looking forward to receiving your response.