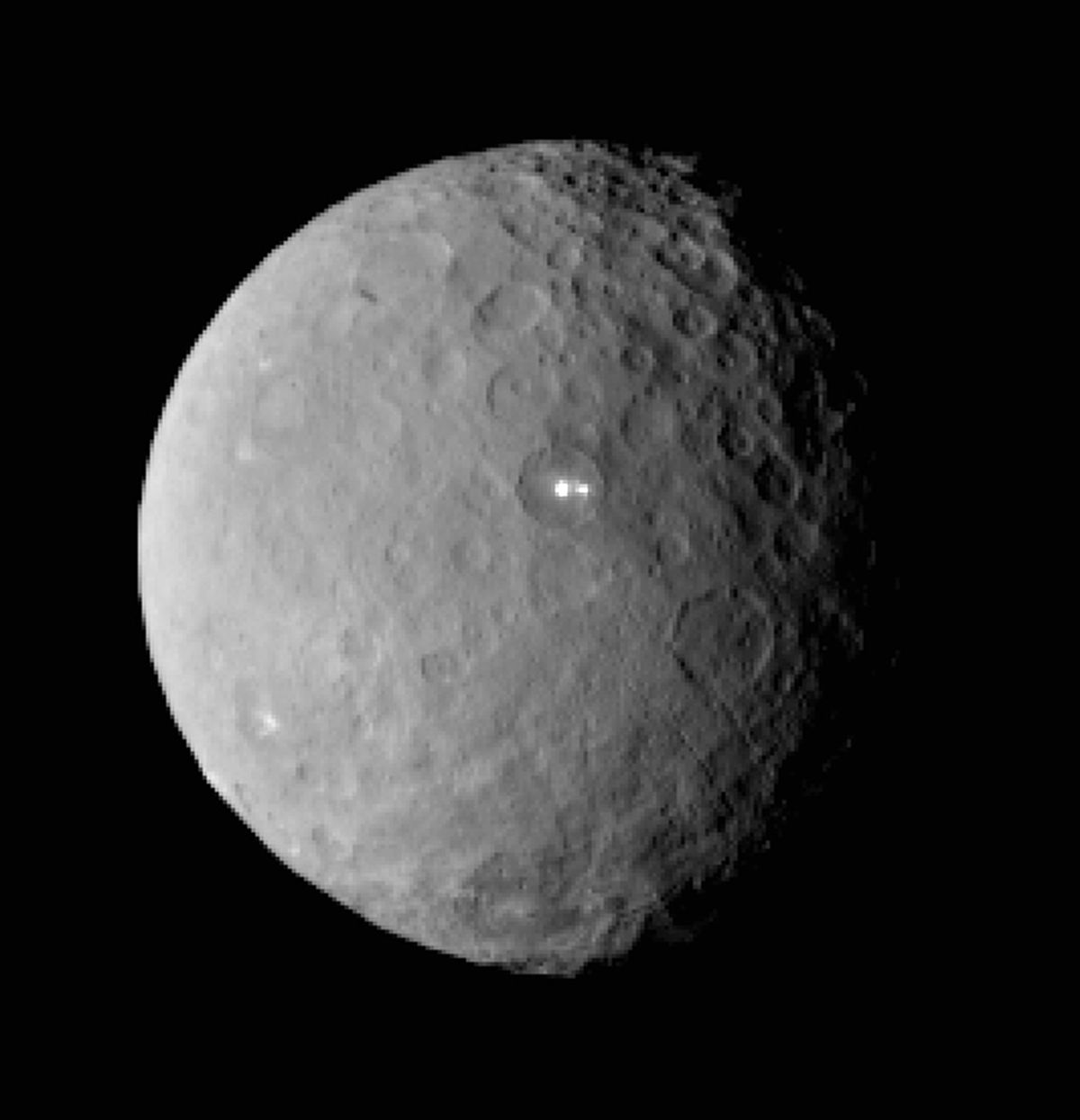 This Feb. 19, 2015 file image provided by NASA shows the dwarf planet Ceres, taken by the space agency's Dawn spacecraft from a distance of nearly 29,000 miles (46,000 kilometers). On Friday, March 6, 2015, NASAs Dawn spacecraft arrives at the mysterious dwarf planet located in the asteroid belt between Mars and Jupiter after a nearly eight-year journey. Dawn, which previously visited Vesta, also in the asteroid belt, has already beamed back images of Ceres as it closes in (AP Photo/NASA/JPL-Caltech/UCLA/MPS/DLR/IDA, File)
--

In a historic first, NASA's Dawn probe reached the dwarf planet Ceres at 7:39 AM EST. After a journey that took 7.5 years to cover 3.1 billion miles, Dawn with be the first spacecraft to orbit a dwarf planet.

Ceres is the largest celestial body in the asteroid belt located between Mars and Jupiter. Despite being discovered in 1801, little is known about Ceres. It has alternately been labeled a planet, asteroid and dwarf planet over the years. A dwarf planet is a body that is neither moon nor planet, a la Pluto, which was recently reclassified as a dwarf planet.

Dawn will spend 16 months trying to answer some of the mysteries of Ceres -- including what produces Ceres' puzzling bright spots, and potentially confirming potential water vapor seen by Europe's Herschel Space Observatory.

The 65-foot probe will map Ceres surface, determine its surface temperature and discern its composition.

Prior to Dawn's orbit around Ceres, the probe circled a large asteroid, Vesta, also located in the asteroid belt between Mars and Jupiter. This orbit around Vesta and Ceres marks another historic first -- Dawn is the first probe to orbit two "extraterrestrial targets."

"Both Vesta and Ceres were on their way to becoming planets but their development was interrupted by the gravity of Jupiter," deputy principal investigator for Dawn at NASA’s Jet Propulsion Laboratory, Carol Raymond said in a statement. "These two bodies are like fossils from the dawn of the solar system, and they shed light on its origins."

Watch this video from NASA's JPL below: