McDonald's (and everyone else), listen up: Stop asking artists to perform for free 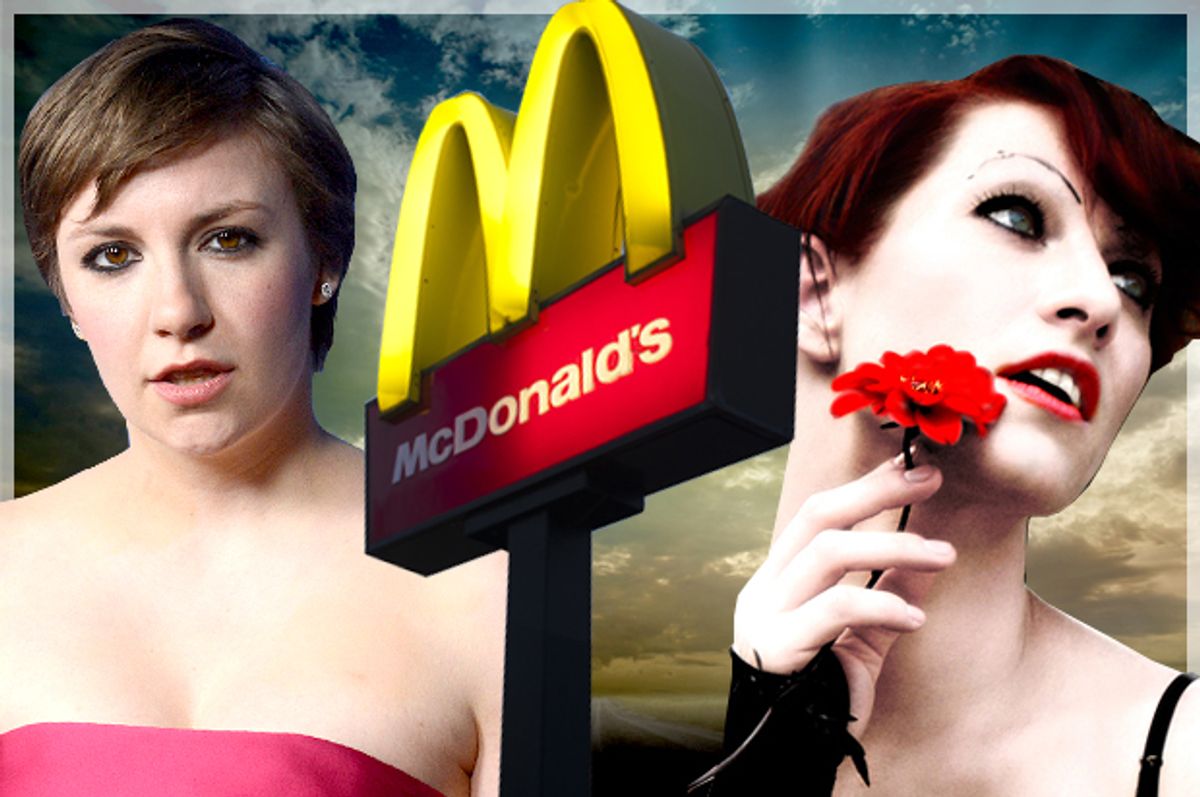 Yesterday, an indie band called Ex Cops posted an open letter on their Facebook page, confronting McDonald's about being asked to play the company’s SXSW showcase in exchange for exposure and free food, but no money. As the band wrote: “It is a horrifying and gross reality when one sees the true nature of corporations and their pathetic attempts to achieve relevance with millennials.”

When asked for comment, McDonald's responded with this sassy hashtag: "We follow the same standard protocol as other brands and sponsors by inviting talented and emerging musicians to join us at the SXSW Festival. We look forward to serving McDonald’s food, drinks and fun in Austin. #slownewsday."

While many bands perform at SXSW showcases of all sizes and budgets, the gall of a $90-billion fast food chain asking indie acts to play for chicken nuggets hasn’t gone over so well. And fair enough: While it's worth it to play for free sometimes (for charity, or among friends), no landlord in the world will accept "exposure" -- or even Happy Meals -- when it's time to make rent. As album sales decline and musicians increasingly rely on touring as their main revenue stream, it feels increasingly exploitative (and sets a terrible precedent) for corporations and multimillionaire celebrities to ask professional musicians to ply their trade for free.

If the backlash feels predictable, it's because we've been here before. A brief history of this absurd trend:

The London Olympics, Summer 2012
LOCOG (the London Organising Committee for the Olympic Games) came under fire after a group of artists started a petition protesting the Olympic’s failure to properly compensate their artists. While the British Musicians Union and LOGOC had formed an agreement allowing big-name headliners and amateur volunteers to play for free, fine print in the agreement indicated “professional musicians” — i.e. working musicians who fall somewhere between amateurs and megastars — needed to receive fair payment. Yet LOGOC repeatedly asked “professional” musicians to play for free, promising great publicity instead. While it can be a fine line between amateur and professional musicians, many in the music community felt that this was an outrage; as musician Steven Haynes of the Barbican Brass band said, "To be asked to perform for free is disrespectful of what we do for a living. It's no different from LOCOG asking the people who built the Olympic Stadium to do it for free because it's a wonderful opportunity for them to showcase their talents to the world."

Amanda Palmer, September 2012
After raising $1.1 million on Kickstarter for her “Theater is Evil” tour, Palmer put out a call for freelance string and horn players in each of her tour cities. As compensation, she wrote, “we will feed you beer, hug/high-five you up and down (pick your poison), give you merch, and thank you mightily for adding to the big noise we are planning to make” (Not helpful that her band was titled “the Grand Theft Orchestra.”) Naturally, musicians were not happy, and the internet piled on Palmer, with people penning open letters and other musicians criticizing Palmer's decision. In an interview with the New York Times, Palmer said she couldn’t afford to pay these musicians because it would cost $3,500, and that they were all “incredibly happy to be here.” But there's a happy ending -- after a week of controversy, Palmer finally agreed to pay musicians on her tour, as well as retroactively paying those who had already played.

Lena Dunham, September 2014
Dunham, long a defender of the struggling artist, ignited controversy when she invited opening acts to perform for free on her “Not that Kind of Girl” 12-city book tour. After coming under predictable fire for the decision, Dunham decided to pay her artists after all, tweeting: “As an artist raised by artists, no one believes more than I do that creators should be fairly compensated for their work. Some good points were raised and I've ensured that all opening acts will be compensated for their time, their labor and their talents.”

Oprah, November 2014
Oprah, she of the $3-billion net worth, traveled across the country for her “The Life You Want Weekend” tour late last year, joined by prominent figures like Deepak Chopra and Elizabeth Gilbert, while also spotlighting some local talent along the way. Yet despite the fact seats for the tour costed $99-999, however, these local artists were asked to play for free. San Jose hula-hoop artist Revolva protested the unfair conditions in a public letter on her blog, writing: "In one day, your arena tour (capacity around 18,000, each ticket $99 to $999) is raking in more money than most people will make in a year. In ten years. In their entire lives. And yet, your side stage, featuring local acts, is paying in that old tap-dancing, phantom promise of 'exposure.' As I was choking on my own tongue (stroke!), your producer also mentioned there was the added bonus of a ticket to the event. Unfortunately, her call coming just four days before your San Jose stop, I didn’t have the whole weekend free. I also texted my landlord, and it turns out he does not accept rent payment in Oprah Winfrey tickets. Gah!"