"Merchants of Doubt": Meet the sleazy spin doctors who will stop at nothing to obscure the truth

A must-see new documentary from the director of "Food, Inc." exposes the dirty tricks of professional deceivers 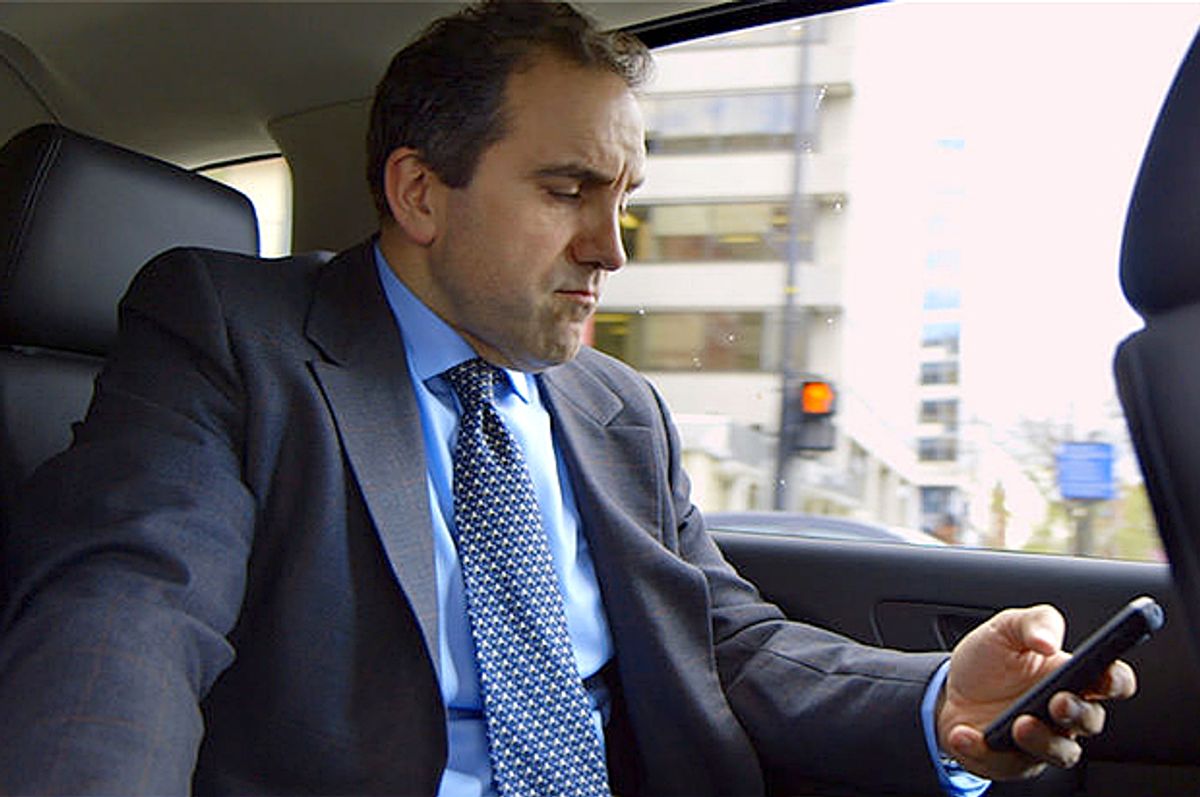 In 1994, the CEOs of America's seven largest tobacco companies sat before Congress and testified, in contradiction to the overwhelming scientific evidence, that cigarettes aren't addictive and that evidence linking them to cancer is inconclusive. The footage is shocking enough by today's standards (and by the standards of the time), and is all the more so when juxtaposed with an industry memo from 30 years earlier that states the exact opposite: "We are ... in the business of selling nicotine, an addictive drug."

If the climate fight has an iconic image of its own, director Robbie Kenner told Salon, it might be Republican Sen. James Inhofe brandishing a snowball on the Senate floor, his "proof" that climate change isn't happening, overwhelming scientific evidence be damned.

(Scientists, in fact, are as certain that global warming is a "real, man-made threat" as they are that smoking kills.)

Kenner, best known for his film adaptation of "Food, Inc.," is out with a new documentary, "Merchants of Doubt," in which he introduces us to a "professional class of deceivers": P.R. whizzes who learned their very particular set of skills defending Big Tobacco. The connection, once illuminated, makes perfect sense. As tobacco exec-turned-lobbyist Peter Sparber puts it, "If you can sell tobacco, you can sell anything."

And boy, do they: junk food, flame retardants in furniture, pharmaceuticals, carbon pollution. The film expands on the book by science historians Naomi Oreskes and Erik Conway to show how these shady few, motivated by a combination of politics and big payouts, work tirelessly to convince the American public to act against their own self-interest.

It's hard not to be impressed by them, Kenner admitted, and by their unquestionable talent for their "strange, perverse craft." The documentary's most engaging character, after all, is self-described creator of chaos Marc Morano, who runs the climate denial site ClimateDepot and who frequently appears as an "expert" on network news. ("I am not a scientist, although I do play one on TV," he explains.) Kenner gets Morano to sit for an extended interview, in which he boasts of his ability to turn climate scientists into targets, taking particular pleasure in his habit of releasing their personal email addresses.

Shots of prominent scientists like Ben Santer, Michael Mann and Katharine Hayhoe reading their death threat-laden hate mail aloud evoke that popular Jimmy Kimmel segment in which celebrities recite hateful tweets directed at them. But when the stakes are this high, and the victims are "famous" only for pursuing scientific truth, it doesn't come off as funny.

"On the one hand, you admire him," Kenner said, "but on the other hand you have to see what kind of damage is being done because of what he's doing."

To watch a sleek, big-budget film railing on the sleek, big-budget P.R. tricks of others can strike you as off-putting, until you remember that climate science doesn’t really have that kind of power on its side. Scientists, the film makes clear, aren't the best communicators -- nor, Kenner argued, should they be expected to be. But more importantly, it shows how these "villains" are able to succeed only because they have such eager minions: the media, who, in giving Morano and his ilk a platform, also work to legitimize his anti-science blustering.

"People ask, shouldn't scientists do a better job of standing up to these slick P.R. professionals?" Kenner said. "And I don't think it's the scientists' job. I really do think it's the role of media to question who are the people on both sides of this debate and who do they represent. Are they doing scientific work or are they being paid by a corporation to create confusion?"

"I would say it's not only Fox News. It was the New York Times and it was CNN and legitimate press that were putting people on as experts without really questioning who they are and what their role is," he added. "I think the media failed us on that level."

The implications of that deception, and of the media's willingness to go along with it, are profound. To take just one example, the Wall Street Journal last year published an editorial by Joseph Bast, president of the Koch-affiliated, climate-denying Heartland Institute, and noted climate misinformer Roy Spencer, challenging the scientific consensus on man-made climate change. Their argument was faulty, but their motivation was clear: A study out just this week from the Yale Project on Climate Change Communication found that knowing just how great the 97 percent consensus is can act as a "gateway belief" for understanding climate change. The study cites Spencer and Bast along with other "manufacturers of doubt," whose work to undermine the public understanding of this consensus has been stunningly successful -- only 12 percent of Americans, their previous work found, know that more than 90 percent of scientists agree on this -- and has resulted in "cascading effects on public understanding that climate change is happening, human caused, a serious threat, and in turn, support for climate change mitigation and adaptation policies."

Undermine the consensus, and the whole story comes crashing down: Researchers may have just figured out how to empirically study this, but it'd be foolish to think Bast and Spencer didn't know exactly what they were doing.

It's the insidious nature of doubt that allows attacks like these to keep coming. For every former denier who looked at the science and saw the light, several of whom are featured in "Merchants of Doubt," there are people like Morano, for whom the facts are entirely irrelevant. There are the like of Richard Berman, whom Kenner tried and failed to get on camera, and who is currently using his "win ugly or lose pretty" tactics in an attempt to dismantle President Obama's carbon rules. The Koch brothers plan to funnel nearly $1 billion into the 2016 elections, more than enough to ensure that the disinformation machine will keep turning.

Viewed in light of those challenges, the film's optimism that the truth can win out is hard to get behind. But, Kenner argued, what ultimately brought down Big Tobacco can defeat the climate deniers and other doubt-peddlers, too. First, people have to be made aware of the number being pulled on them. They have to get angry. Only then, he believes, will things begin to change.