Protest sexism with "Squirt Alert," the app where female ejaculation is the only goal 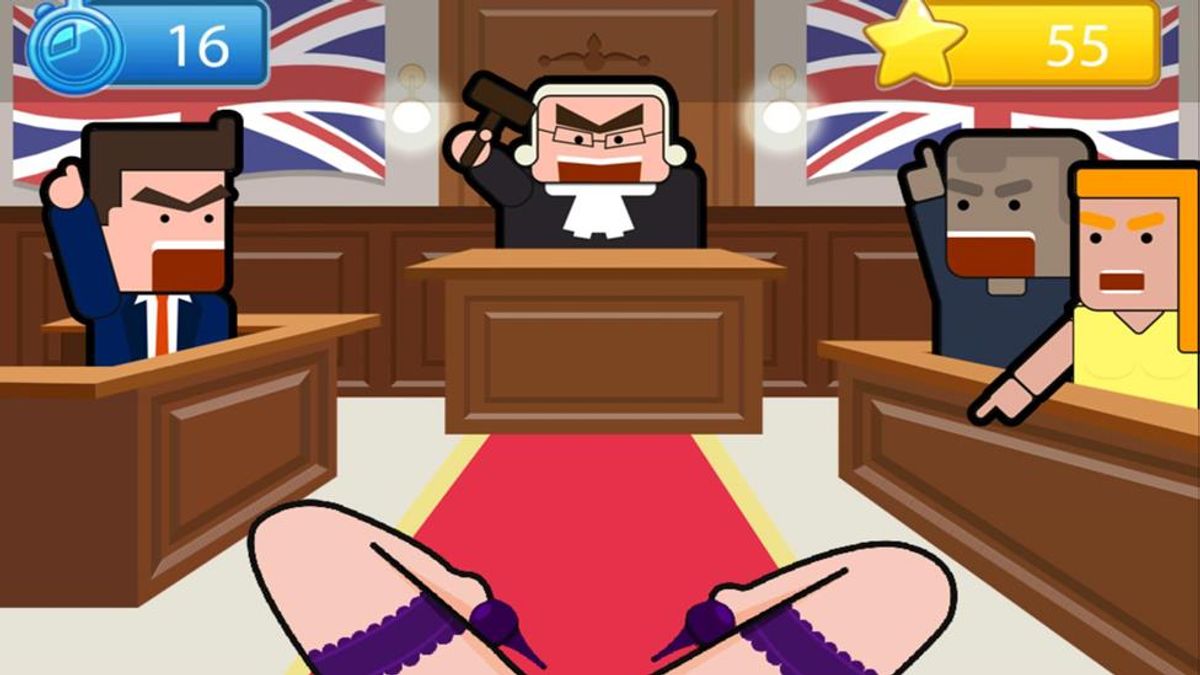 According to OZY, McEwen and her team “noted the absurdity and straight-up sexism of many of the regulations” when designing “Squirt Alert,” which is very easy to play, despite its political message:

Using your index finger, you carefully aim between your legs, directing a “squirt” toward the spectators. Each “hit” gives you a point. The goal: Hit as many as you can within the time limit. […]

The app (Android only — Apple has strong rules about sex in apps), which has a 3.4-star rating on MiKandi’s proprietary app store, is free to play and pretty entertaining. Each round ends with a plummy voice in a British accent saying, “Take that! Ejaculation for the win!” The gameplay resembles “Paper Toss,” but with lady bits. “Objection!” and “It’s in my mouth!” hover above those knocked down.
It seems lighthearted, and there’s just one level to play, but its message is clear: Stop subjecting women in the porn industry to unnecessary laws, especially when the very concept of female ejaculation is still hotly debated.